I, an undergraduate god majoring in worldbuilding and accelerated evolution, have been tasked with a simple yet sophisticated job, in lieu of a senior thesis paper. My task: design a world populated with macro-life, which must get them to the point of space-travel as quickly as possible. I have 4 billion years on my hands, but I need to use as little time as I can to accelerate these organisms to this point.

In other words, I must accelerate them to this point without any sort of direct help.

"Spaceflight is defined by leaving the planet and traveling at least 7,000 miles away from it." Good news, you can win on the first day of the simulation given this very broad definition of spaceflight. You simply start your simulation with a good sized asteroid already on its way about to impact the planet with your lizards. We already have proof that there have been impacts on Mars that have launched rocks from Mars into space that have subsequently landed here on Earth. You just need to have an asteroid lined up with your planet such that it hits the planet where there are a bunch of the lizards very near by to the impact point, but not directly in line. If it's large enough, and there are enough lizards around, you can be reasonably sure to kick at least a few of them into space.

After all, the definition didn't make any mention of the space flight being of the lizard's design or the lizards having to survive the trip, or for it being repeatable. And an asteroid falling is not technology descending on the planet. 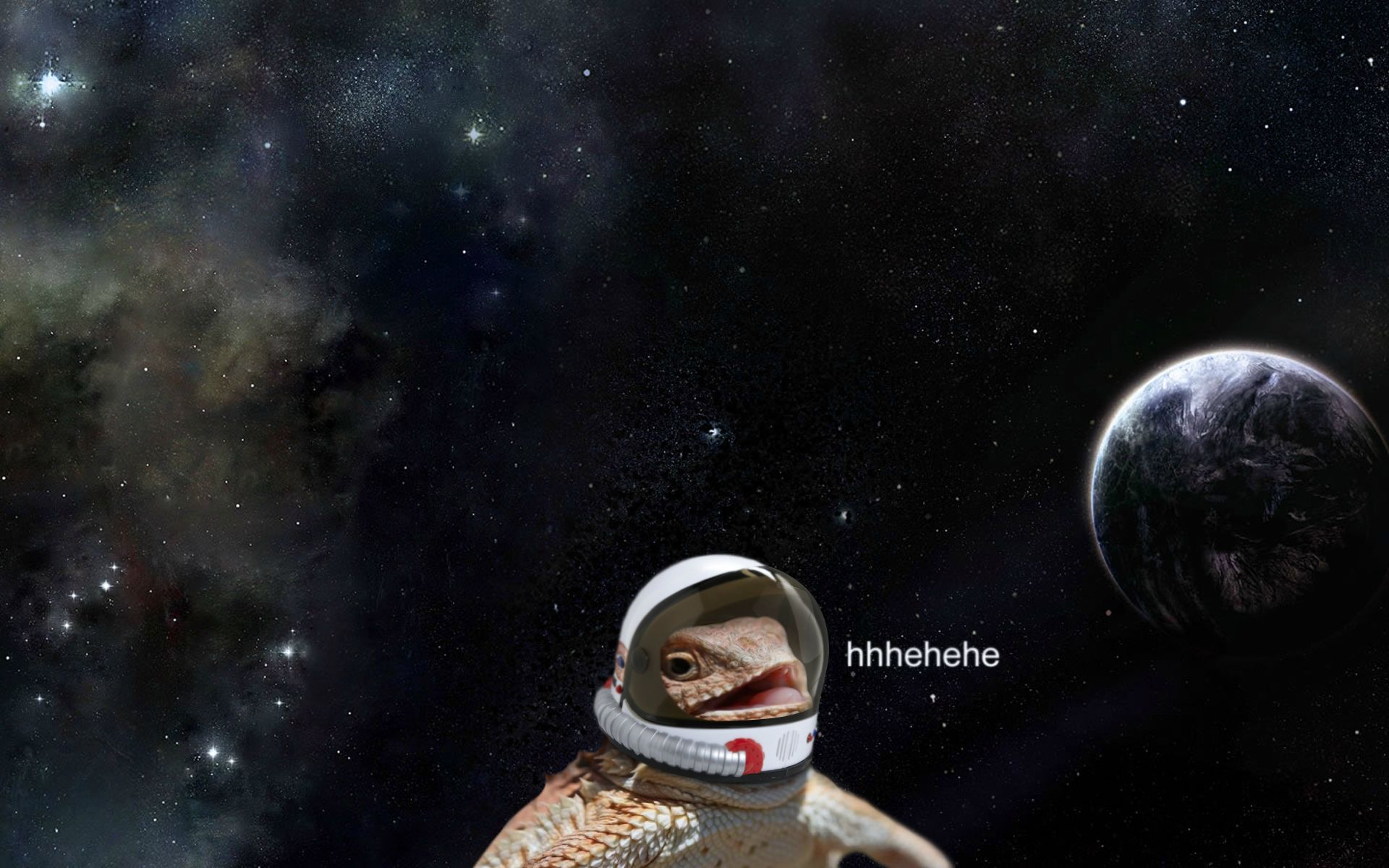 And hey, even if somehow you screw up your calculations and don't eject one in to space on the first day, you probably won't kill all of them. After all, some lizards survived such an event here on Earth awhile ago and in just 67 million years they made it into space: 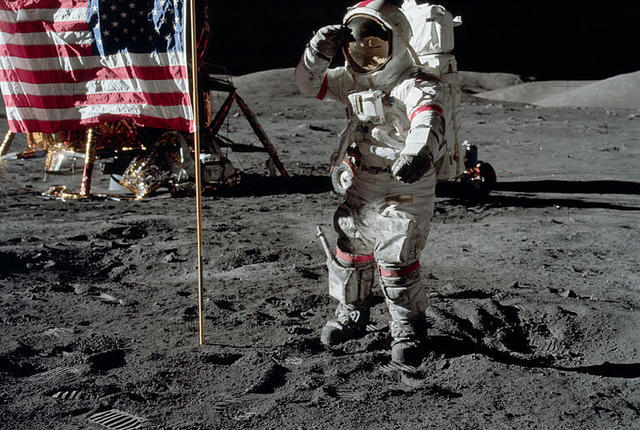 You need to establish an environment that encourages selection for intelligence. The earliest selection point for this would be tool use. The source lizard needs opposable thumbs and should be an omnivore with social tendencies. The Lizard needs competitors for resources that are as good or better with natural appendages. Ideally most of the competitors shall be carnivores. Then the lizard needs safe bastions where they can continue to propagate without being eliminated by the predators (Caves, trees, or places where calories are scarce).

In such conditions the Lizards succeed when they work together as a group, or develop tools to aid them. These are the groups that receive more calories and can have more offspring.

Long natural life spans could aid in knowledge transfer between generations. (At later stages this could prove a slowing process so test cases are needed)

Frequent mating cycles combined with egg laying would prove useful. Development within the egg could allow for larger brain cavities. Right now humans have about as large of a brain cavity as will fit through the cervix at birth. Any larger and most pregnancies would kill the mother. Also, the nutrient density required for such an egg would be incredibly high. This could provide an emergency food source/early food storage technique.

Planet placement. Placing the planet in a position where it is easy to observe other celestial bodies would encourage a culture that wonders about them and seeks to explore them. 2 suggestions. Have this planet in a binary orbit with another life supporting planet with a shared center of gravity. Then early astronomers like earths Copernicus and Galileo could use their telescopes and see evidence of life and potential intelligence on the other planet as early as the 1400’s (earth time line).

It might provide an even greater impetus if this was one of two life supporting moons around a larger gas giant like Saturn or Jupiter (closer in for warmth).

A relatively clear atmosphere. They need to be able to look up at the sky to see these things and wonder.

You also need a mechanism for the Lizards to communicate. Verbal or scent are probably the best. Scent can travel longer distance and can linger but is restricted by wind. So the Lizards need the capacity to make varied noises and to hear them, or to make varied scents and smell them.

Since you can set up your planet, but not your solar system, I'd look for one with a big umbrella. A Jupiter-like planet would be awesome to absorb the majority of those pesky extinction-level asteroids. (Some luck required here to have the rest avoid your planet. This is completely out of your godly hands, I suppose.)

Also, pick a system with a healthy amount of radiation. Too little, and our starter geckos won't get too many mutations. Too much, and they may accumulate in non-viable sets. And die off with 64 pairs of arms and translucent, or something.

Now's the moment: Set them loose! And let your 4bn countdown clock start.

Motivation can come with survival at early stages, and conflict / environment threat later.

Several shots at luck are required here. borrowing from our own past, they may require:

A lifespan big enough for a long learning period and knowledge spread is also essential.

Late competition can even come in the form of same-system, non-indigenous lifeforms, if you're able to populate other planets as well. A very risky move, since you can't guarantee that both will reach the same development level at the same time - but it may award extra God credits for originality.

Specifically you can't change the mass of the planet significantly, but can you speed it's rotation. Most space launches on Earth are to the East to take advantage of the Earth's rotation. If your planet rotated faster it would be easier to get into orbit.

Not the answer you're looking for? Browse other questions tagged technology evolution earth-like space-travel worldbuilding-process or ask your own question.

9
How to quickly leave a planet for another planet en mass starting out from stone age tools?
5
How fast could inter-planetary space travel be developed?
34
How can you find where the Earth is, if you were lost near Neptune?
3
What planetary conditions would necessitate a creature having a colder core body temperature then humans do?
1
How to combat magic as science?
3
Conditions of a more ideal version of earth
8
What motivates this species?