Can a situation exist where there is one pole that is hot and another cold on a planet?

I am trying to design a world where one pole is very cold, and the other is very hot. I don't mean that there would be instant death in either, but it is colder than our South Pole on one end and warmer than our equator on the other. I don't know if this is possible. Is there a way (maybe incorporating $n$ stars) that this situation could be possible? Any ideas?

Uranus does this already with an axial tilt of about 97 degrees off orbital plane though this isn't a great example because Uranus is just cold all the time. All it's a gas giant while the OP is implying a rocky planet.

Torque required to keep the hot pole pointing towards the star

The trade-off to this approach is that without a source of torque to keep the hot pole pointing towards the star, the poles will alternate between extreme heat and extreme cold as the planet orbits the star. While this sounds a bit counter-intuitive, try it with a gyroscope. Pick an object to represent the sun. Spin up the gyroscope then suspend it from string. Walk all the way around the "sun". You'll notice that the gyroscope continues to point in the same direction, not towards the sun. To get it to always point towards the sun, you'll need to move it by hand.

This is going to be a very interesting planet to build an ecosystem on. The sun will always move from North to South.

The North and South hemispheres will always alternate between extreme hot and extreme cold. Just like on earth, the equator will always receive sunlight though being on the border between the two temperature extremes will make for very interesting living. How fast the planet rotates along its axis will have a huge influence on the ambient temperature. Too slow and everything freezes in the winter. Too fast causes other problems.

There is no comparable climate zone on earth to what this planet will experience. In some respects it is close to the Arctic climate zone in that there are wild temperature swings between summer and winter but different in that summer at the poles will get the equivalent of equatorial solar radiation for the entire day.

The sun is always up until it dips below the horizon, thus bringing on winter. Astronomers on this planet will notice the gentle spiral of the sun as the year goes by.

Have you considered a Sitnikov planet?

Here's the planet's height above the orbital plane as a function of time:

In this case, the eccentricity of the stars' orbits is 0.3, the initial height is 2, and the initial velocity is 0.

Some things to know about the Sitnikov problem:

Are you going to measure the temperature at the planet's surface? It is required for your planet's pole to be warmer than OUR equator but not ITS OWN equator? If so, maybe this could work for you.

You don't need any special orbit for your rocky planet, just make it closer to its star. This way both poles will be warmer. In fact, the whole planet will become warmer, so now we have to work on freezing one of the poles.

Yes they are boiling magma fountains which can heat up the surrounding nearest area, but hey throw something more valuable to your interests: ASHES

Place a super-active volcanic area in that pole and make your volcanos to throw up to the air tons and tons of ashes for centuries or even millennia. This way, you will get a NUCLEAR WINTER that will block the star's light and cool down the surface's temperature.

Make sure that both your volcanos throw up enough ashes (continuously or cyclicly) and your winds flow sustain those ashes in the air and near the pole to get an quasi-permanent effect and don't spread the ashes to the rest of the planet.

A Celestial body can have a complex rotation, in other words Earth rotates on its axis but there's a phenomenon called the precession of the equinoxes. The direction that the North Pole points actually rotates over time but very slowly.

I'm not a physicist but my guess is that in order for this to work on something like a yearly scale with one pole always pointing toward the solar body firstly the procession would have to exactly match the length of the year which is almost completely unlikely unless it was engineered somehow and the mass of the planet would need to be much different then a normal planet. Perhaps it would work with something like a black hole which spins very quickly and Could Have A procession short enough to be equal to the length of its year.

Basically, what Green has already stated, but with some modifications in the idea.

I guess you are already familiar with the idea of axial tilt, but let me still put it here to reassure it.

Consider that all these planets are circling their stars in a horizontal orbit. The leftmost planet will get equal and very little light on both poles all year round (it would be sunrise forever at one pole and sunset forever at the other pole). For the second (Earth-like) planet, for half the time north pole will slightly face the sun and for the next half, the south pole will face the sun. In the rightmost planet (this is how Uranus is), the poles will undergo extreme seasons. Summers and winters would both last for half a year (just like Earth's poles) but since the poles of this planet would be almost directly facing towards or away from the sun, the day and night (summer and winter) would be very severe.

Green has suggested to make the axial tilt parallel to its orbital plane. This means something like the rightmost planet where the poles face the sun directly at 90°.

Normally when a planet orbits around its star, different sides of it face the star around different times (this is what causes seasons). However, sometimes one side of a planet gets permanently fixated towards the star and there is always mid-day time on this side (the opposite side has an eternal night). This is known as tidal locking.

If you want one of your planet's poles to always face the sun (and the other pole to be always away from the sun) you should consider making your planet tidally locked with your star, with an axial tilt of between 45° and 90°.

However, keep in mind that scientists have only discovered planets orbiting very close to their stars to be tidally locked. Planets further away from their parent stars do not get tidally locked.

I suspect a planet tide locked to a star is a common occurence, especially if the planet is close to the star. If the star is one of the very long lived red dwarfs, the goldilocks habitable zone would be near the dwarf star. 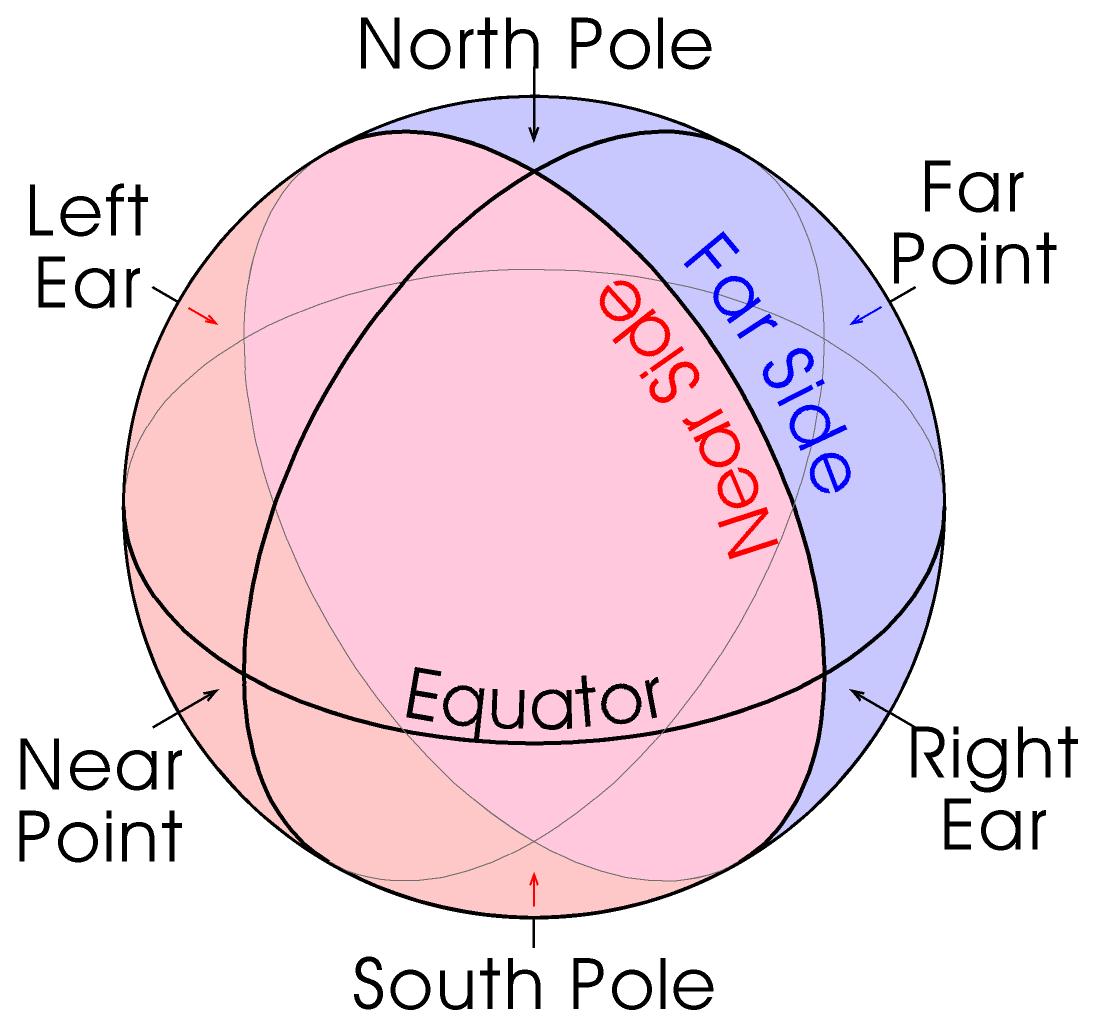 In this case the hottest region would be the near point and the coldest would be the far point. The North and South Poles as well as the right and left ear would all like on the planet's terminator. (Most call the left and right ears the leading and trailing points) The terminator would be the most temperate region.

I haven't modeled this but I suspect the weather structure would be a torus with air rising from the surface of the Near Point and sinking towards the Near Point. Convection would mitigate temperature extremes at near and far points.

Not the answer you're looking for? Browse other questions tagged science-based astronomy orbital-mechanics habitability polar-region .

3
Would a hot North pole and cold South pole, would it be possible?
42
How extensive could a habitable twilight zone be on a tidally locked planet?
4
What would allow a livable planet to have an always-night area, an always-day area and a day&night cycling area?

14
Could a cold planet (tundra) develop and maintain a breathable atmosphere for humans?
4
World with only one habitable, off-center quadrasphere/quadrant
5
How to rapidly make an Earth-analog turn into a scorching wasteland?
12
Is it possible to have a planet that has seasons and is also cold at the equator and hot both poles?
8
How to get an extreme temperature range between equator and poles without tidal locking
9
Determining Planet rotation period that would allow for global Wind Cell
11
Desert poles but arctic equators; trying to find out if specific way is possible
2
What's the climate consequences of a planet with these characteristics?
4
World with two directly opposed habitable continents, one hot one cold, with significant geographical barrier between them
4
How Habitable are these Planets?