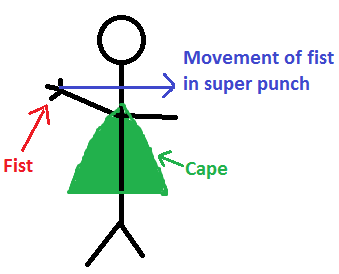 Not the answer you're looking for? Browse other questions tagged science-based magic physics super-powers .

19
What would be the physical effects of a fistpunch with greatly magnified strength?