Imagine a world where steampunk has been taken to a highly advanced level. Gears and cogs and all that fun stuff, on both massive and minuscule scales. Now destroy that civilization. Earth split asunder, fire falling from the sky. Needless to say very few survived and all knowledge of the technology was lost.

However, those who rebuilt were surrounded by the ruins of that past civilization. Only the toughest artifacts survived, and much of it is broken parts. But from them the people of this world reborn gained two major things, a source of high quality materials, especially metal; and a basic understanding of technology. The civilization would have grown with the basic ideas of steam tech, gear and cogs and all that.

Now given that this world has artisans capable of handcrafting parts and adapting those they can scavenge, what would the tech of this world look like? Think feudal government, swords and arrows, large class of people toiling in the fields with a few specialists and elite on top. What would be some of the first advancements and what would be the ramifications.

Couple of possibilities - while your powersources are gone, most machines would work with a suitable power source. I'd suggest several different technologies - which I'll term 'greenpunk' cause I'm unimaginative

Wind power might work for farm equipment, which would need to work inside a specific area. 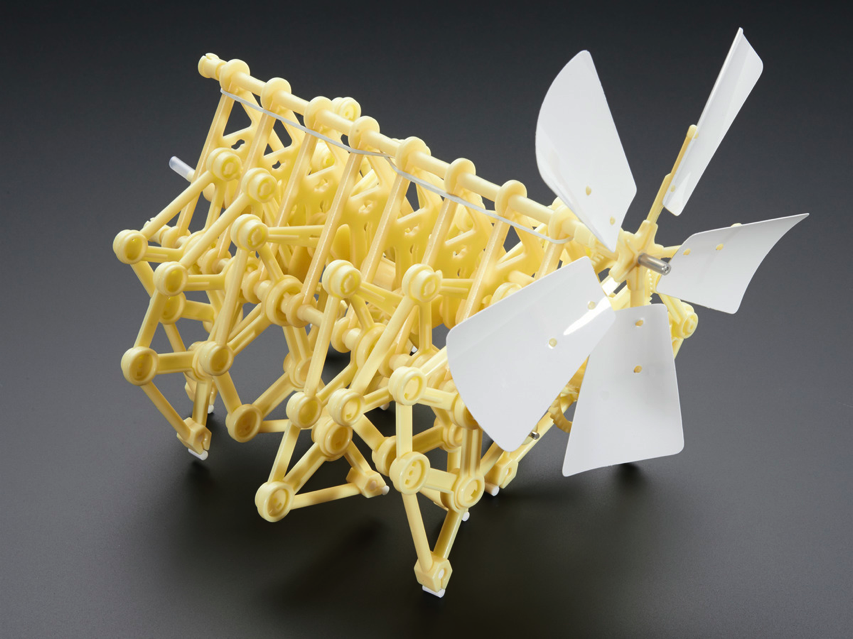 Might be complicated to steer but you might be able to powered wheeled vehicles off of this, or simple walkers. A vertical wind turbine might work. Fixed wind turbines would also be handy.

Solarpunk. But not solar panels - great big reflectors or massive fresnel lenses heating a tank of water (or salt) powering static devices. Depending on your 'flavour' of steampunk a fresnel lens or a large array of reflectors could work to direct light at a boiler. Course, machines that only work at daylight arn't that useful.

Energy storage would probably help with many of the issues. A flywheel would be very steampunky, or you could take a page from the wind up girl and and store energy in springs. You might also power machines off of compressed air

Steampunk will fall when they run out of things to burn. On the whole it's a massively inefficient technological dead end. Depending on how thoroughly they've managed to burn everything and how bad the runaway global warming is in their wake, it's going to be a while before anything resembling a technological civilisation recovers from the ashes.

Main requirement: Something new to burn

Unfortunately they've gone through the wood and coal. If you're taking it to the limit, the oil and gas as well. Solar power is outside the steampunk scope, it's too sleek and clean, so if you want to rush into a new high tech society then they're going to have to learn solar power generation and centralised electricity distribution. Otherwise you're going to have to regrow the forests by some act of government, wood being crucial, leaving you with a deadzone of 20 years before anything can happen.

When I say anything I mean you're going to have great difficulty working metals. Half your population might even struggle with cooking food. Swords and bows will have to wait, it's going to be rocks and scrap until you can make charcoal again.

Steam engine requires high quality metals, and precise parts, so they will not be able to make new engines until they rebuild the entire tech tree.

But they can fix old engines with salvaged parts.

If they really cannot rebuild steam engines, they can still use windmills, or waterwheels, or horse mills, or stick serfs into human-sized hamster wheels. Most steam-powered factories had single huge steam engine, and a system of shafts and belts to distribute the torque to actual machines.

Not the answer you're looking for? Browse other questions tagged technological-development post-apocalypse steampunk or ask your own question.

6
How do I create a societal collapse with ruins, while the tech can make Ridiculously Human Military Androids?
8
Post-Apocalyptic Technology
13
Steampunk…In a Realistic Timeline
3
Steampunk Architecture
5
Combining Wingsuits and Steampunk
6
Does this apocalypse and the following events make sense?
30
How old do surviving children need to be to keep human civilization from failing?