George is supervillian, and he has a evil plan but he needs a distraction to pull it off. Earlier today he was reading supervillian weekly and he saw an article on faking the Apocalypse and he want to try it.

How large does the asteroid have to be?

How long can the distraction last if the George is only able to hack a few dozen telescopes?

Are there other problems that George has overlooked? other than his mediocre supervillian name.

Instead of a puny little thing as few dozens miles wide asteroid, may I suggest a rogue planet at very very far distance instead? Basically George would want to:

Reasons For Choosing A Planet Over An Asteroid

Planets are really really large things. And considering that most planets discovered outside out solar system are several times larger than Earth, it would mean that if a planet is coming at you, it is serious business. With an asteroid (even miles wide), you still have the hope of deflecting it by ramming it with a large, fast moving spaceship or try to break it up with several hydrogen bomb explosions in space (man that would be cool!).

Plus, if an asteroid was coming at you, the scientists would go on in a long, stupid, boring debate about whether or not it is on a collision course with Earth. Then talk about the variables of composition, speed, direction and blah blah to try and measure the extent of damage possible to Earth. All this would mean that while it would create some stir, there would be really little panic factor involved.

Even if the scientists decide that the said planet is not on a collision course with Earth and would instead pass near Jupiter (I can tell you that's a huuuge distance between Earth and Jupiter, nearly 3 times the distance between Earth and the sun), still Earth would be at serious risk. The planet might deflect the orbit of Earth. Even a small change in Earth's orbit would spell doom to the reign of these puny creatures known as homo sapiens. And even if Earth is unaffected, the planet can still cause lethal damage by disturbing the orbits of Venus or Jupiter or Mars. Heck! Even deflecting a few asteroids from the asteroid belt (between Mars and Jupiter) inwards would be enough to cause an extinction level event.

Size Of The Planet

Naturally George would want to make the planet as large as naturally possible, in order to increase the shock and hysteria factor. But larger planets are also easier to detect, and so the lie would not hold for long.

No, not really. You can have a Jupiter-sized planet while still making it impossible for amateur astronomers to see it.

Ever read or heard about TrEs-2b? I mean the planet, not the member of worldbuilding community. If not, then know that it is THE darkest (and also one of the most horrific) planets ever discovered. It is so dark that it reflects less than 1% of all light falling on it. And then again, its orbit is shorter than Mercury's orbit. What's more, it is a Jupiter-sized planet.

The important thing about TrEs-2b is its darkness. This planet is the darkest planet discovered so far, although it is revolving horribly close to its parent star. What about a rogue planet with an atmosphere like TrES-2b? It would be simply too dark to be seen from any and all telescopes by amateurs. Heck! It wouldn't even be seen by many professional telescopes operating in the visual light range. The only way to detect a planet such as this would be through infrared or microwave telescopes (which, luckily for George, are extremely sparse, even at professional level).

Velocity And Distance Of The Rogue planet From Earth

Scientists have theorized that an angry rogue planet can get shot out of its former orbit at a frighteningly high velocities. We are talking about 10 million miles per hour. That is more than 2700 miles per second. In 6 weeks, the planet would travel 1.008 x 10$^{10}$ miles.

Another important thing to keep in mind here is the radius of our solar system. Neptune is located 2.84 x 10$^9$ km from the sun (reference).

This means that George can place his imaginary planet 5 times away from Neptune and it would still come crashing into Earth within 6 weeks. ...and then they say train collisions are horrible to watch...

Direction Of The Rogue Planet

In order to offer least hope and create maximum frenzy among the scientific community, George would prefer entering the rogue planet from an angle where its path is least affected by the gravities of outer gas giant planets. An image is being uploaded to help George on this.

How Much Time It Will Buy For George?

At most 5 weeks (if the credibility of the functionality of the radio and infrared telescopes is not reassured) and at least 4-5 days (this much time would at least pass in ascertaining that all hardware and software are working flawlessly and that the system has not been hacked).

The big problem which George has overlooked is the amateur astronomy community. The first thing that will happen when the news is released is that hundreds of (in some cases quite decent) telescopes will point at the reported coordinates and see --- nothing. There are thousands of these folks, and they talk to each other. The word would spread pretty quickly that there's a problem.

How decent is decent? Well, this company will sell you a 25 inch Dobsonian for 15k. Compare this to the Mt Palomar 200 inch, and it's only a factor of 64 worse. Now, it's true that most amateurs don't have the advantage of really good cooled CCDs for long-term exposures, but some of them do. The pro's also have locations which offer good seeing conditions (like mountain tops) but that actually won't help all that much. The point of amateur detection, after all, is not precision imaging, but rather detection.

EDIT - I see that my point has been missed. By providing a link to a 25-inch telescope, I did not intend to provide a limit on amateur efforts. A quick Google on "largest amateur telescope" provided a link to a 50-inch monster which any fanatic can buy, and also to someone who showed a bit of ingenuity and recycled a damaged 70 inch mirror. While this is touted as the largest in the world, it may or may not be the king.

Assuming 70 inches is the maximum, you need to realize that George's story has to be credible in the discovery mechanism. For comet/asteroid detection, which would be the most likely source of discovery, a wide FOV survey of the sky is performed, followed by another some time later. Comparison of the two images reveals which objects are moving with respect to the celestial background. A typical effort (and there aren't many) is Spacewatch and you'll note that the largest telescope they use is 1.8 meters, which translates to (surprise) 71 inches. A more powerful scope might then perform the observations which produced the orbital parameters, but it's clear that amateur scopes could detect such an object. This is particularly true since survey images tend to be taken with relatively short exposures in order to permit mapping the entire sky (wide FOV is a relative term), while confirmation observations by amateurs could well utilize longer exposures. All else being equal, a 70 inch/1 hour exposure is the same as a 50 inch/2 hour exposure.

So I really don't see that George is going to get away with it.

If George is simply looking for a distraction, he does not even need to hack into astronomical observatories or NASA. Since he will need some help, he can call his fellow evil villain Gru and hire several dozen Minions.

With their help, George can start spamming web pages, blogs, Twitter, and social media sites with reports of the approaching asteroid/cosmic catastrophe and flood the Internet with this meme. As astronomers and scientists go on line or on the air to dismiss the story as a hoax, George's team of spammers start filling the Internet with cries of "Conspiracy!" and "Cover up!".

The amount of confusion and rumours started with this campaign will distract people while George carries out his real plan (unless Pinky and the Brain beat him to it again....) 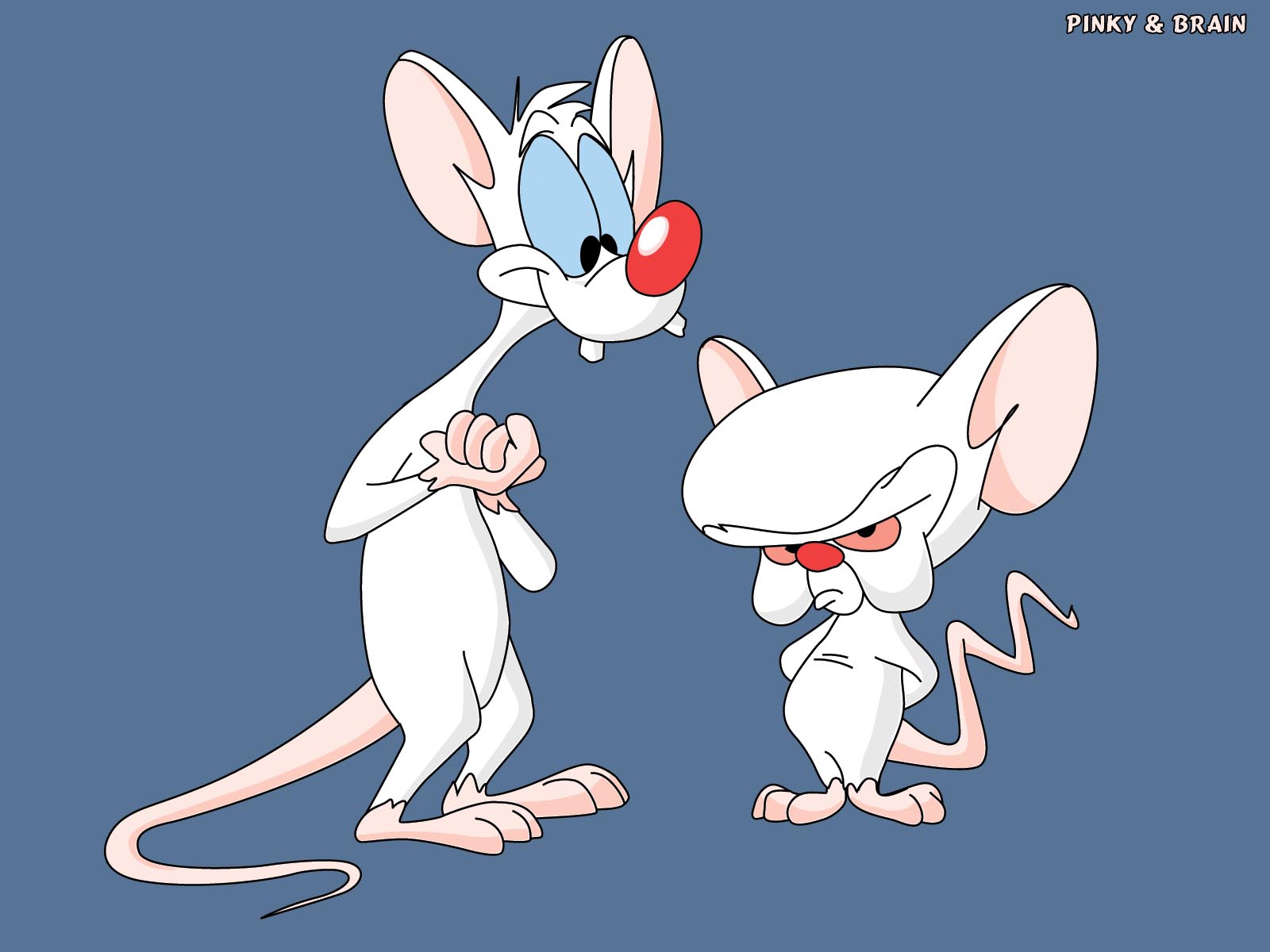 In case you think this is too far out, another evil genius by the name of Vladimir Putin has a "Russian Troll Army" of hundreds to thousands of people who's primary job is to flood the Internet with memes to distract or highlight issues and ideas which support the Russian strategy of the day. Ask the people of Georgia, Crimea or Ukraine how that is working for them. 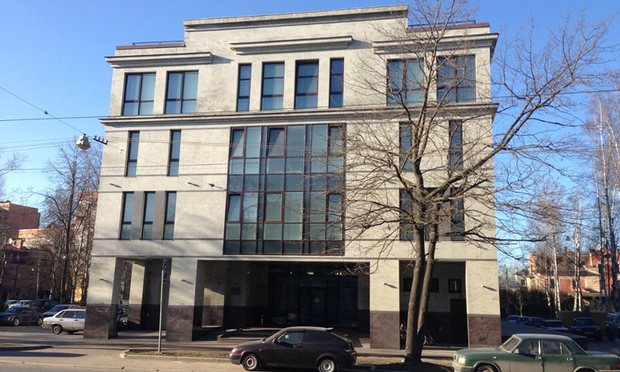 55 Savushkina Street, St Petersburg, identified as the HQ of the Russian Troll Army

Not the answer you're looking for? Browse other questions tagged science-based reality-check space or ask your own question.

31
Is Asteroid Harvesting economic?
15
Is Asteroid Mining safe?
3
World Ending Asteroid
22
Cheapest way to fake the Mars landing
4
How practical is it to capture an asteroid?
6
Could Nuclear Weapons Divert or Destroy an Asteroid?
8
How do I actually mine an asteroid?
9
Asteroid thicket dogfight in Saturns rings
5
Quick! How far away is that asteroid?
19
A fake starry sky