what advantage might a blue-green laser have underwater (if any)?

In various works sci-fi writing, submarines and underwater vehicles/installations are said to be armed with laser weaponry that specifically fire blue-green beams- would such lasers have any actual advantage over, say, red or yellow laser beams (such as range, damage output, etc.)?

Lasers are focused light, and also happen to generate a lot of heat.

Water distorts light, and as such isn't a good medium for lasers to travel though (you might use one for cutting at a close-ish distance, but they wouldn't work too well as weapons).

Furthermore, the heat generated by said laser would cause water to heat up (it would thus lose energy very quickly), and also boil, which would further upset the path of the laser and cause it to diffuse.

The second answer on this thread really, really explains why this wouldn't work: https://scifi.stackexchange.com/questions/13812/can-laser-weapons-work-under-water

Now as far as the color of the laser is concerned, blue and green ones operate on a lower wavelength, and are more "powerful" than red ones. (this is a bit simplistic, I will try to update later, other people can feel free to comment-correct me about this)

Note: I was thinking about this question from a technical POV and simply answered, but the more I think about it, the less WB related it is, although I'm not sure what I would quote as a close reason, as nothing seems to really "fit" except that it's more of a physics question than a WB one. OP, maybe try editing it a bit to make it about WB?

The color of a laser will make some difference in terms of underwater usage. Take a look at this page: 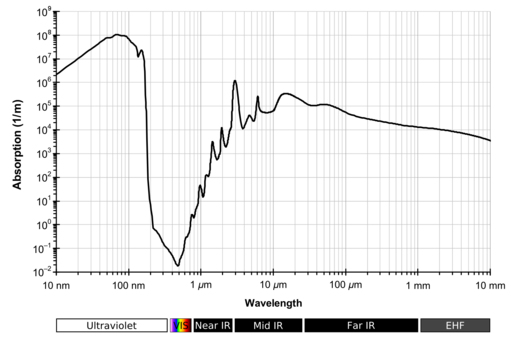 However even though it is the best choice it is still a terrible one, water is going to scatter and absorb your laser all over the place.

Not the answer you're looking for? Browse other questions tagged science-based weapons underwater .

12
Space weaponry?
33
Would 'magic' muskets be a significant advantage over actual muskets?
3
Solar radiation overflow
7
Effectiveness of lasers of different wavelengths in space combat
3
Realistic Rounds for Penetrating advanced body armor? A round for standard infantry against nano-machined ceramics