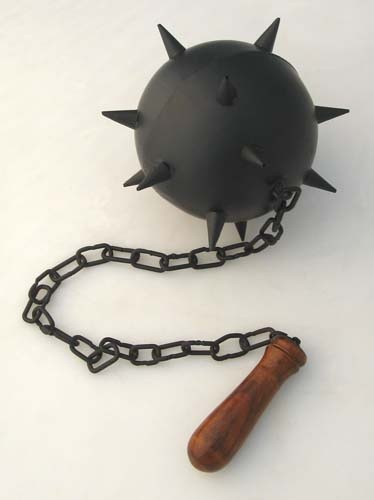 4
How feasible would this weapon design be in the medieval era?
1
How much force would this weapon apply?
8
How effective would a pole-arm blunt weapon be?
0
how well would a magical scale armor-strength cloak work as armor?
2
Would this giant rotating shotgun weapon be effective?
3
Cryogenic weapon