Can a theoretical case be made for “transporting” consciousness via light?

I'd like to develop a baseline of information for pondering this topic:

I assume that "consciousness" is a definite, precisely-knowable phenomenon.

[I recognize that at present we have a very limited grasp of "consciousness", one that does not manifest within any current molecular/mass or other energy model.]

I assume that "consciousness" is not entirely a "spiritual" phenomenon; that is, the phenomenon in question is comprehensible and knowable within a scientific framework.

I would argue that these two profound (i.e., blatant) assumptions make for a perfect springboard to develop a hypothetical means of transporting or projecting consciousness, using light as the carrier.

If it is loosely accepted that consciousness might have electrical and magnetic properties, as a phenomenon principally resident in the human brain, might it be theoretically possible to interpret this phenomenon as akin to light?

On this basis, could light (photons or what have you) be fashioned as a temporary carrier bond to our consciousness?

Note: all variations of logic and assumptions are fair play. Unless you have the actual solution, of course!

The correlation of this question's premise to a WB context is related to a likely need for us to extend our awareness, thus knowledge, of distant, and currently unreachable, locations in the universe; to ideally port information in both directions, depending on what we find.

For example, I think it's accurate to say that any solution for transporting mass (e.g. humans) to currently unthinkable distances in a timely manner, is realistically "far off." Consequently, consider what might be the possibility of achieving what is, arguably, the primary goal of obtaining the ability to solve the problem I've described, which would be to observe and learn. (I'm ranking the manipulation of objects as a secondary objective when compared to my primary ranking.)

I can see how there is no actual objective solution given our current capabilities. Following the suggestion that also makes sense to me, my grading criteria would be based on answers which rely on extrapolating what we currently know, and in a direction that is, arguably, likely to be pursued, at some point in time. I'm defining "arguably" as the general acknowledgement that mankind will pursue ideas that have either promising benefits and/or offer a better understanding of ourselves and the universe(s).

Assuming a materialist view of the mind, i.e. that brain equals mind, and there is no such thing as a soul: I'd think the answer would be obviously "yes", at least in principle. You could do something like an MRI scan of a person's brain, determine the exact position of every cell, exact parameters of every electrical charge, etc. Then code this information like you were going to store it on a computer. Again, in principle, we could have a giant table: cell with this chemical contents at this location, electrical charge of this voltage at this point, etc. Once the information is on the computer, you code it into bits (or rather, at that points it's already coded into bits), and you send it by radio or laser. Then reconstruct it at the other end from this data.

I note that it wouldn't be necessary to fully understand how the brain works to do this, it would just be necessary to be able to accurately identify all it's components. Like today, I can store a recording of someone playing the piano on my computer. I don't have to know which keys caused which sounds, or even which bits represent any given note. I just need a mechanism to convert sounds to bits and back again.

Of course there's a big gap between "theoretically possible in principle" and "we'll start building the machine tomorrow".

Assuming a non-materialist view: More iffy. What is the nature of the mind? What is the nature of the soul? If someday we developed technology to detect and measure a soul, then we're back to scenario 1. If that sounds crazy, I don't think it's any crazier than the idea of detecting and measuring electrical impulses in muscles would have seemed to someone in AD 1600. Maybe the soul is simply a form of energy that we presently don't understand, or something of that sort. Or, what if we could catalog every memory that a person has, every emotion, every thought, etc. and record it. If it could be recorded on a computer, it could be transmitted electronically or optically.

I'm tempted to say that even under vitalist assumptions it would be theoretically possible. I don't claim to have any idea how to go about it with present technology.

Look at the Ghost In The Shell franchise

Summary: Can the case be made? Yes, Ghost In The Shell does it all the time. 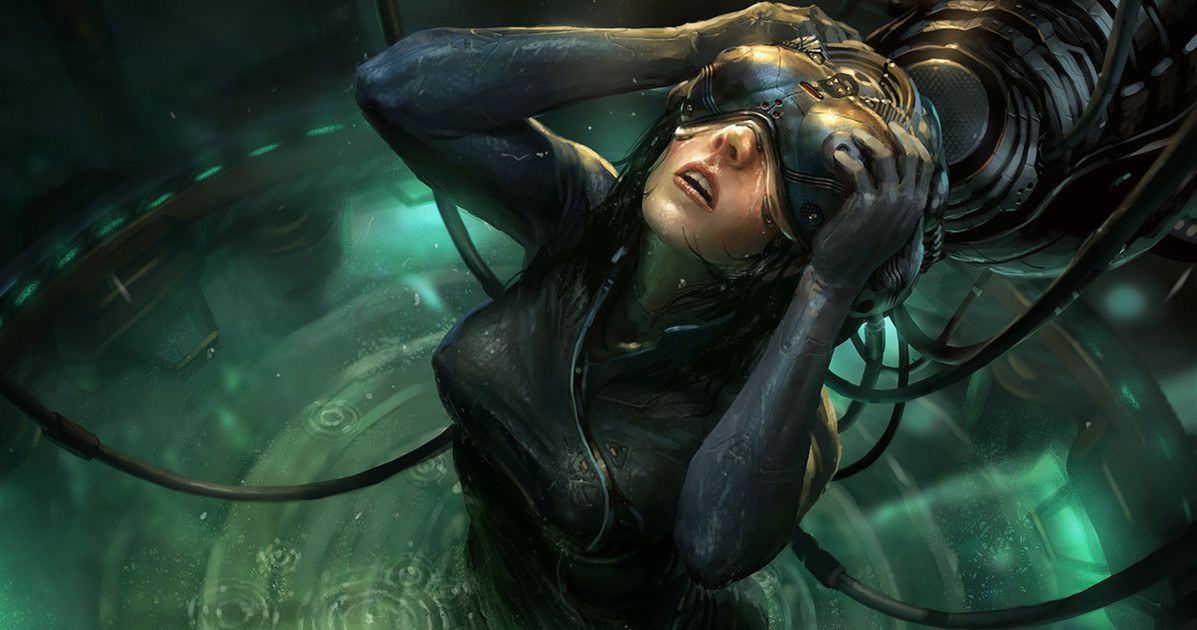 The premise of Ghost In The Shell is that human brains can be "cyberized". Simply put all your neurons are jacketed with artificial materials that interact with the neurons; your brain becomes biological matter fused with a computer.

The titular "ghost" is anything and everything that makes you be... well... you. It is all your memories, your consciousness, your instincts. One way to put it would be that the "ghost" could be considered the "soul" of a person, but without the spiritualistic connotations of the latter word.

With this cyberization, the contents of the neurons can be both read and written. Hence, within the Ghost In The Shell universe, "ghosts" can be transferred, edited ("Ghost-hacks") and even fused with other "ghosts" to form a singular unit.

How this matters for your question

So the answer to your question is: yes, consciousness can be transported via light.

Not the answer you're looking for? Browse other questions tagged light consciousness or ask your own question.

20
Minimum brain size for consciousness?
10
Can we identify distinct “colors” beyond visible light?
18
Can visible light be blocked while still allowing for light for plants to survive to pass through?
22
Always a full Moon for the Emperor - Can this be achieved with solar panels and LEDs?
7
How can a super consciousness contend with the erasure of a soul?
2
How much sunlight can I get into my O'Neill cylinder and how much light needs to be artificial?
6
How can my Mage Light spell work?