Weapons and armor from chitin

I want to understand how weaponry and armor might be made from the chitin of giant insects, and how well it might work.

In a fantasy world I'm working on, a significant population lives entirely underground. Naturally, a great deal of the plant life is parasitic (non-chlorophyll-based), and insects are a very large segment of the animal life.

Some insects come very large indeed: gigantic beetles of various kinds are fairly common, semi-domesticated (as well as wild) animals. Not that they tame especially well, being stupid, but they're not terribly aggressive and they breed fast.

My particular focus here is bows. It seems to me, from observation of the shells of lobsters and whatnot, that you should be able to laminate together sheets of chitin to make powerful bows.

I do wonder, however, whether lamination is necessary at all. If it is, I wonder where the glue is going to come from.

The same properties that could make chitin good for bows would surely make it excellent for armor. It's light, flexible, and frighteningly strong. But I'm sure it also has real negatives in this area, be it difficulties of manipulation and fabrication, or problems in actually getting the stuff to work well as armor.

Are these uses of chitin plausible? What more do I need to know -- or do people in my fantasy world need to do -- to make it work?

{Note: My suspicion is that a solid answer is going to cover the implicit sub-questions easily without wandering endlessly afield. If that turns out to be incorrect, I will happily ask for closure and restructure as multiple questions.}

For armour, large plates of chitin might be problematic, mostly because it is unlikely the shape of the insect will correspond to any body part which you are looking to protect.

More useful perhaps would be Lamellar armour, where small plates of chitin could be carved into shape and then laced together to form a flexible and relatively lightweight protective harness. 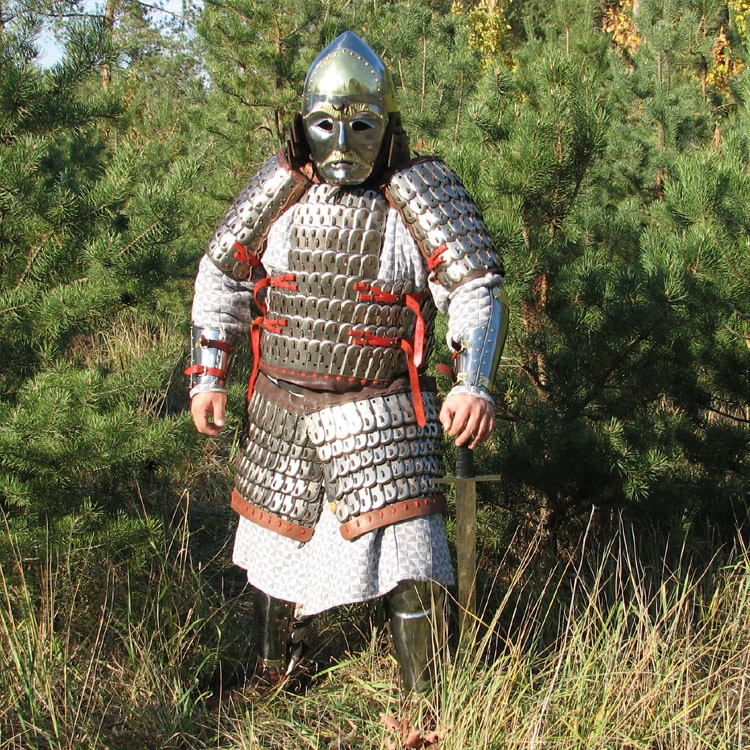 I actually wonder about two issues in your world.

First off, a suit of armour is generally backed by material to absorb the shock, reduce chafing and absorb sweat. In Europe, this was often a sheepskin turned so the wool was against the warrior and the leather backing the armour. Without some sort of analogue, the armour is going to be uncomfortable, and even if it stops a blow, the shock will be passed straight to the wearer, resulting in massive bruising, broken bones and other injuries. What are your warriors going to use as backing (and presumably the poorer fighters going to use as protection. A sheepskin boiled in oil or wax could make a usable material for armour by itself)?

Second, would I be correct in assuming a lack of metal in your world? If edged metal weapons are common in your world, but chitin lamellar armour is the response due to cost, weight etc., then you might see an interesting evolution, where weapons become much lighter and adapted to slashing (much like a sabre or Katana), while armour becomes lighter in order for the wearer to avoid blows rather than take them. This will also mean heavy "smashing" weapons like hammers and axes will be of less utility, while pole arms and spears might become relatively more important to try and reach a fast moving opponent. If metal is not readily available, then weapons will also be different. Maces with stone heads, spears, javelins and arrows tipped with chitin points and even edged weapons similar to Macuahuitl could be used instead, with the chitin armour evolving into Laminar armour in response. 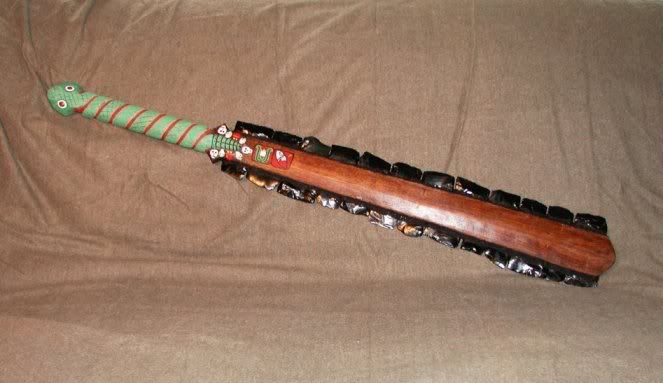 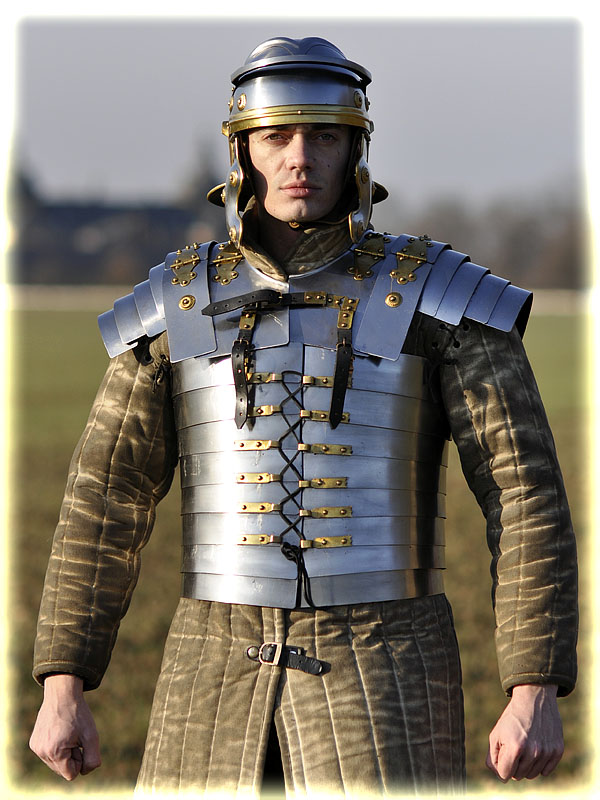 Since chitin generally comes in relatively thin sheets, bows will probably be made by laminating multiple layers together. This might not be as effective as you would think, however. Laminated bows derived their strength by exploiting the different properties of the various materials, with layers of horn, wood and sinew to provide the right mix of tension and compression for maximum strength.

Just thought I would add to this quickly if its still needed ( I know its old but...)

You say you have domesticated insects so I imagine you have some control, If your inhabitants were to raise insects purely as resources, then as I'm sure you are aware, some insects moult to grow, when the previous shell is shed the insect is very soft, defenceless and well, easily moulded. if your inhabitants could raise insects to moulting stage, then whilst the insect is soft, strap them to a mould of some kind so the shell of the insect would conform to that mould when it has hardened up, you could dispatch the insect beforehand to prevent suffering or you could wait until after as perhaps, the stuggling insect could add folds to the shell as it hardens further strengthening it. now imagine these guys have been doing this for decades, they would have the science down to an art to ensure the animal suffers in the right way to create these hardened, moulded, folded chitin armours. you could even go so far as to stack a few soft insects together and compress them in a mould to create multi layered chitin armour in a mould of your choosing, glued together by the insects innards. hope it helps :)

Assuming that giant insects are feasible, armor and weapons made from their exoskeleton should also be feasible.

There are a couple of reasons why giant insects don't work in the real world. Their breathing system is one, the limitations of their exoskeleton is another. But if the chitin-analogue is strong enough to support your animals, it should be good for weapons. Don't get yourself boxed in by the properties of real chitin, because your world obviously uses something different.

Perhaps the chitin, either from exoskeletons or from the shells of sea creatures, is ground up into a powder and then mixed with some sort of cement or binding agent. Maybe the binding agent is an animal secretion, or a plant or geological source. It's your story. Have fun with it. The fun comes from the details and how to make it believable.

16
If it could be shaped, would chitin from giant insects make decent body armor?

10
Alternate alloys for weapons and armor?
7
What Limitations or Modifications Would Medieval Armor or Weapons Have if Modern Quality Steel Were Used?
1
Pancreas Chitin
7
Creating a Scientifically Semi-Valid Pseudo-Arthropod Primate Part 1: Pseudo-Dragonfly Wing Rib Muscles
2
Creating a Scientifically Semi-Valid Pseudo-Arthropod Primate Part 2: Exoskeleton Mimicking Amour plating
10
If resistance were also a measure of a metal's resistance to magic, which metals would make the best armor and weapons?
3
Human-leather Armor: Effective and Practical?
13
Could accuracy compensate for lack of strength in archery?
16
If it could be shaped, would chitin from giant insects make decent body armor?