The evolution of neon kittens

Given the existence of neon kittens with:

What evolutionary process outside of intentional human breeding/gene manipulation would lead to cats with glowing skin or glowing fur? If bioluminescence can't be achieved then florescence under UV light would work. The environment is normal Earth. 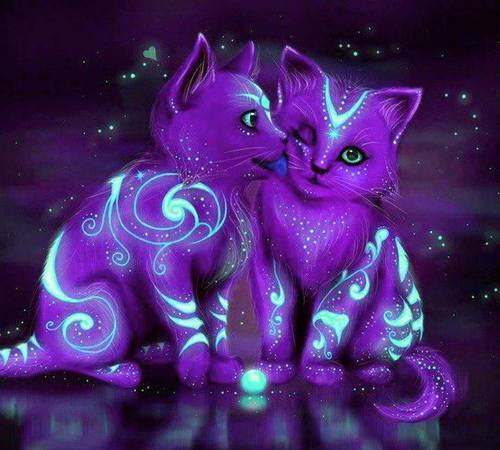 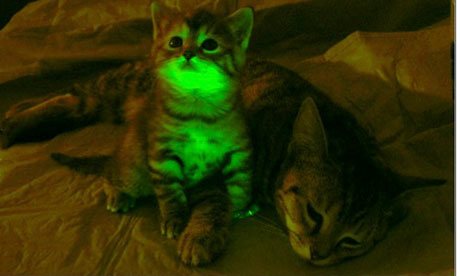 The cat above glows because it was exposed to a virus that carried a suitable gene:

US researcher Eric Poeschla has produced three glowing GM cats by using a virus to carry a gene, called green fluorescent protein (GFP), into the eggs from which the animals eventually grew. [...]

The GFP gene, which has its origins in jellyfish, expresses proteins that fluoresce when illuminated with certain frequencies of light. (citation)

Now that was about intentional human action, genetic modification, which is not what you asked about. But what I noticed in that article is that the modification to the egg is virus-borne. Ok, could that happen without human intervention?

This article from a veterinary site talks about diseases that can be transmitted to eggs (and the resulting young) in birds. Birds are not cats, but let's see what they have to say about vectors:

There are many infectious organisms that can be transferred from the hen to the egg that may cause the egg to die. In some cases, the infectious organism may infect the egg, yet the embryo may continue developing, and may even hatch, carrying the organism at hatch time. If an organism is passed from an infected hen directly into an egg, and then into the developing embryo, this is called vertical transmission.

We know that something similar happens in mammals; a mother who is infected, or drug-addicted, can transmit that condition to her fetus.

So, what we need is a way for a jellyfish-borne virus to affect a pregnant cat. 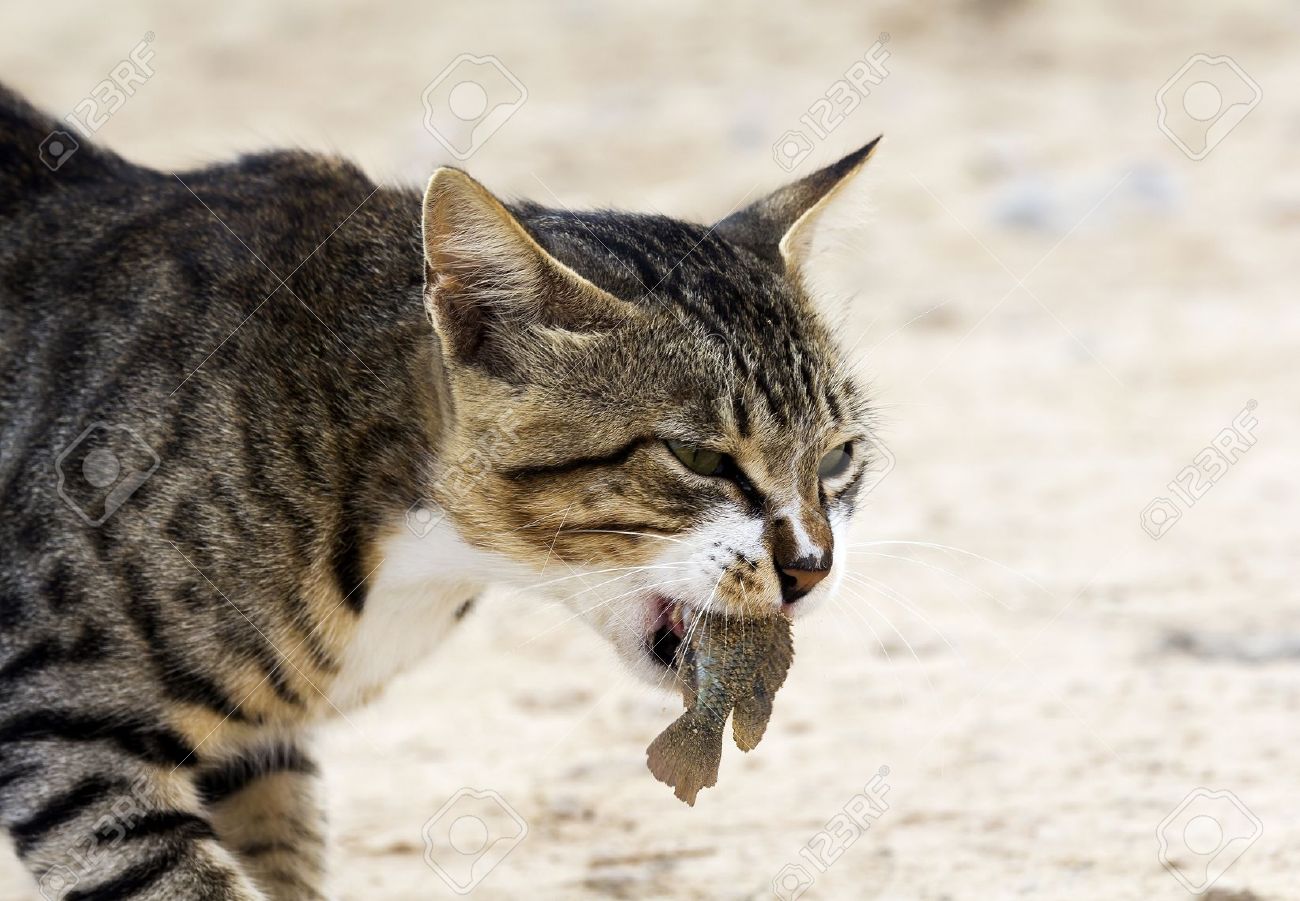 Fortunately, cats love fish, and fish are found on beaches, where jellyfish are also found. An infection through that vector to enough cats over time, and with the affected gene being transmitted to those cats' young and so on, could give you occasional glowing cats.

That think the bacteria too! A long long time ago, some bioluminescent bacteria got into the fur of a cat. That made the cat look amazing! The lucky cat got admiration from its peer group, and therefore had a higher chance to reproduce. That happened multiple times, causing the share of the cat population with a fur that was a good place to live for the bioluminescent bacteria. Enjoying such a mutual benefit, the bacteria is now always found in every cat colony, resulting in wonderful glowing cats at night. 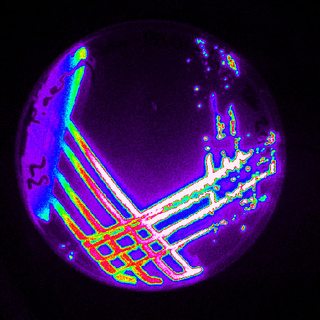 Cats on this world use their pee as a defense mechanism against other cats, and are constantly spraying each other.
They also have evolved very porous fur.

The Phosphorus from the pee absorbs into the fur, causing it to fluoresce under a UV light source even after the cat has cleaned itself.

It's a combined mating display and defense/camouflage mechanism.

Lets say the cats can go one better than just glowing all the time and actually have some control over it. This could be achieved by having both glowing and non-glowing fur and extending or retracting one type by preference to the other. This gives them control over their glow.

The mating display aspect is obvious. The displays are used to lure and impress mates.

For defense when startled or threatened the cat would immediately start to glow, with the glows being patterned to suggest larger size and emphasize claws and teeth etc. This would allow them to scare off other predators and help claim territory.

For camouflage during the day the glowing fur and normal fur can be used in a similar way to stripes to break up the shape of the cat and help it blend into the environment or at least not look like a cat. This would be done by only revealing some glowing fur at a time and doing so in odd patterns.

Not the answer you're looking for? Browse other questions tagged science-based biology evolution creature-design earth or ask your own question.

8
Evolution without the reflex arc
7
Evolution of aggression
20
How can I explain the pokemon version of evolution?
7
The plausibility of a mind-controlling and genome-altering pentastomid
31
Would evolution happen the same exact way if Earth restarted?
3
Hand mouths evolution
4
Evolution of werewolves
3
Evolution of Rockfolk