How would calenders work on tidal locked planet with no accompanying natural satellite?

Earth-like planet, same mass and distance from it's parent star, the star is Sun-like too. Suppose I have humanoid intelligent herbivores that also practiced agriculture in the stone age period, how do their calendar works?

There would be no calendar - only passage of time.

There's no meaningful suggestion for seasons or days or months.

Time passage could be measured by natural processes: for long times, a standard could be set for the amount of time it takes a certain plant to reach a certain height.

For short times, it could be the amount of time it takes a leaf to flow a distance from one point to another on a river that has a pretty regular flow.

These are irregular, but so was our measure of the length of a forearm in ancient days. Soon these get standardized. Finally, if you prefer to apply them to healthy sleep cycles or any other designation you may; and then create the calendar as you like.

I presume it would be more like a metric: One Hundred X's is a Sleep Cycle, One Hundred Sleep Cycles is a Y; One Hundred Y's is a Z. And so on, substituting your constants and variables as you like in your story.

There is no calendar of sorts, with the exception of your later advanced astronomers.

For a tidally locked planet settled by spacefaring humans, they would simply remain on whatever clock or time system they brought with them. If the day isn't quite "x" kiloseconds long they might add leap time to adjust but otherwise follow the time cues that their various appliances give them (we used to use watches as timekeeping appliances, but now use cell phones. You can imagine whatever sort of timekeeping appliance would be in use by an interstellar civilization).

For a native life form evolved on the planet, part of the answer would have to depend on their evolution. Are they mobile, and can they see in the visible spectrum? Some ideas about tidally locked planets include constant strong winds from the hot pole top the cold pole, which would make mobility difficult or even challenging (if you are evolved for one of the warm climactic bands on the hot side, how will you survive on the cold side?). As well, since the output of a red dwarf star is pretty dim, it might be advantageous to "see" in the infrared spectrum, which would make stargazing difficult to impossible.

But if the life forms are mobile and can see in the visible spectrum, they will be able to see the stars once they reach the twilight edge and move towards the night side. The planet will be orbiting the sun relatively quickly, so they will see the motion of the stars across the sky, and since most planets have elliptical orbits, will actually see effects like precession and the movement of constellations across the elliptic over a relatively short time span.

Just like Earthly astronomers were often priests or shaman, the alien astronomers will be able to use the movement of the stars to calculate time and (perhaps) offer predictions. If the planetary system also has other planets, then they will see them as "wandering stars", which can also help develop a rich system of timekeeping, mythological imagery and perhaps even science.

Made of sand and glass. The time taken by sand to empty out completely from one chamber is one hour. Once all the sand is in the lower chamber, the hourglass is inverted.

Same as hourglass. But using water instead of sand. 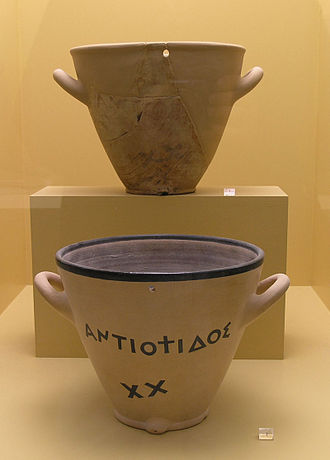 These are simpler to construct accurately and much easier to manage. You simply take a tall jar and grade it. Then fill it up with water and place it in a sandbath. The sandbath is placed above a measured amount of fire (e.g. a kerosene lamp with 3 mm thick wick). You would be able to tell the time by seeing upto which point the water in the jar has evaporated. Note that you must not use a heat source that sends water boiling. You have to keep the water at 50°C temperature.

Not the answer you're looking for? Browse other questions tagged reality-check earth-like or ask your own question.

5
Feasible colony on a close, tidally locked planet dark side?
14
Orbiting one star in a binary system: what are the effects of the second star on the planet?
8
Moonlight and the night side of a tidally locked planet
16
Storms on a low-gravity planet
12
How small in diameter a planet can be while retaining most of Earth's properties?
7
Time duration for development of different physical attributes
0
ELEVEN Inner Planets?! What Will the Ice Ages Be Like?
6
What star can give an earth-like planet a 1-day year?