Man-Made or Natural Disaster that could split a large volcanic island into three smaller parts?

Can anyone think of a reasonable man-made or natural disaster that would split a large volcanic island into smaller parts, mostly stone cliff faces, and destroy most of the vegetation?

I'd like to steer away from nuclear, because of the radiation.

Why not go for one that already exists, like Maug island? 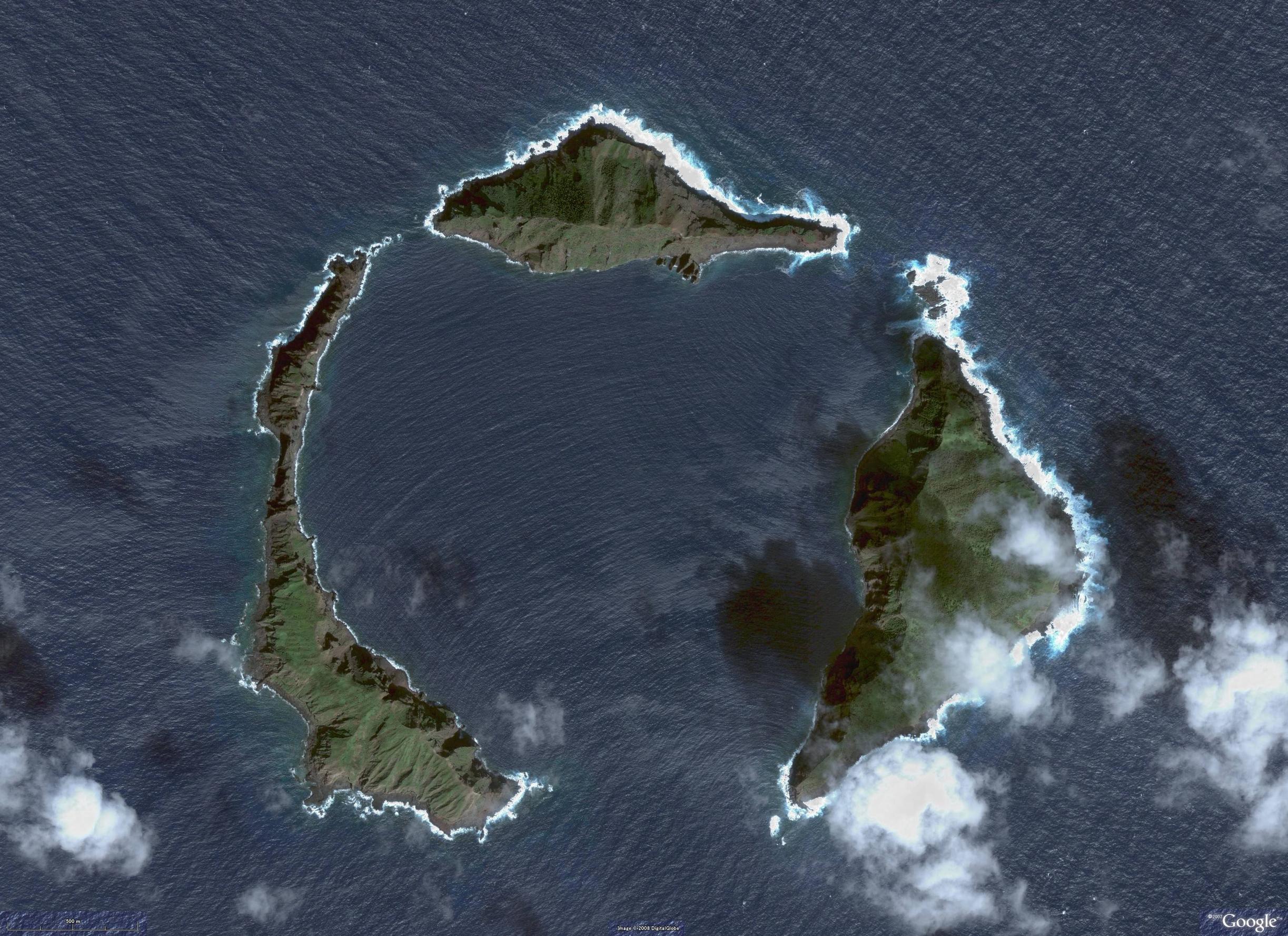 If you want to steer away from nukes, you pretty much have to wait for it to happen naturally. A big eruption of a volcanic island has a reasonable chance to blow the island apart, leaving just scattered islands. In the case of Surtsey, vegetation just used a few years to establish.

Your scenario reminds me of the explosion of the Greek island of Santorini.

Santorini is an island in the Egean Sea. In the 17th Century BCE, the Volcano erupted, which lead to the explosion of the island. This is what remains from the island afterward: 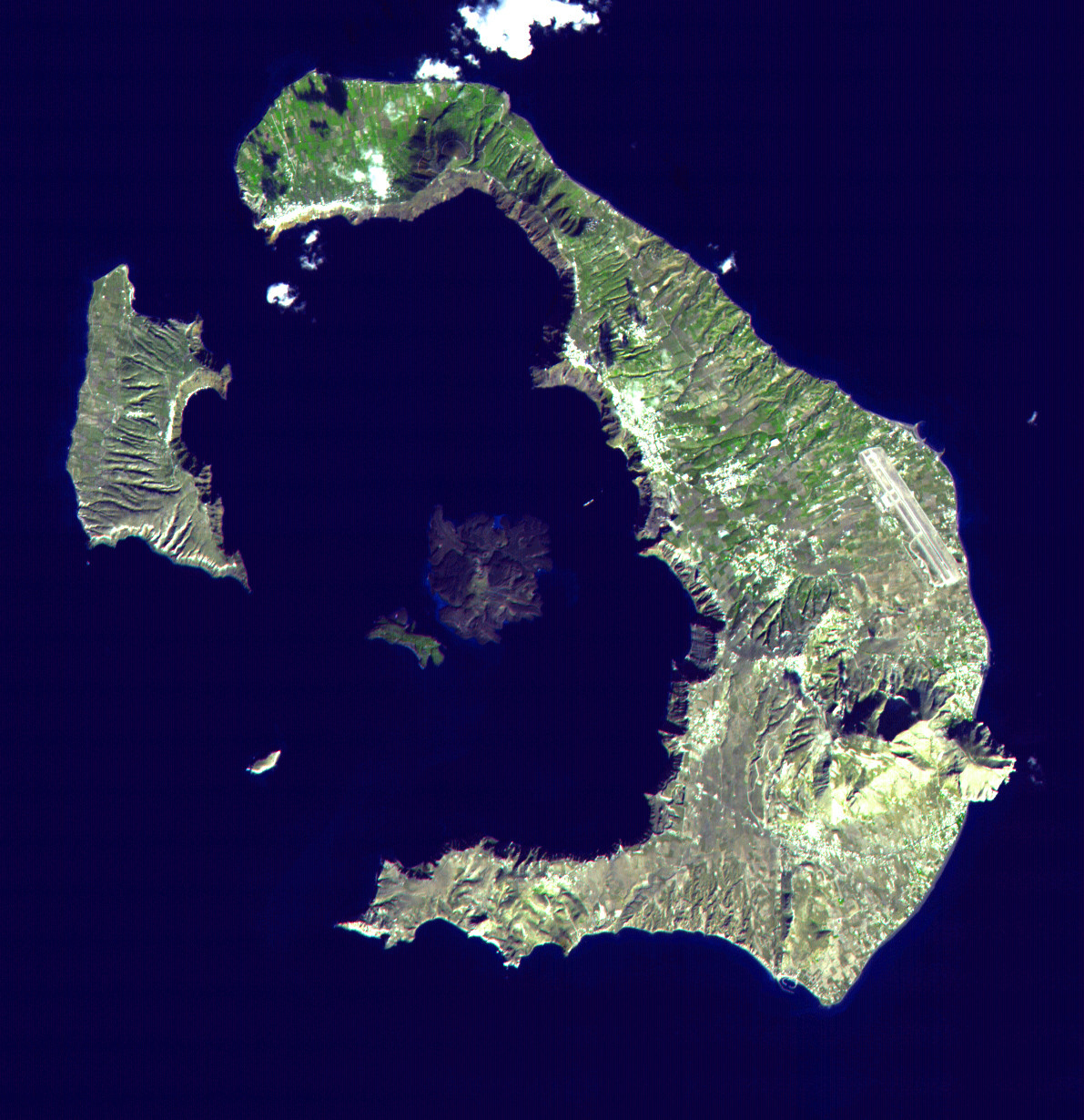 The explosion brought the Minoan Civilisation down. The effects of the explosion were apparently noticed down in Egypt (several thousands of km South) and some indices point to the fact that it was noticed in China.

This destroyed most of the vegetation and housings on the island.

However there's nothing to prevent the vegetation from regrow afterward. In one to two years, many plants would be found, and in 5 to 10 years, it would be fully regrown. At least the natural part.

Not the answer you're looking for? Browse other questions tagged science-based environment .

20
Is there a man-made or natural event that can cause an abrupt climate change within hours/a day?
14
Can a habitable planet have mini-suns (i.e. solar satellites or glowing moons)?
1
Post apocalyptic science based story
4
What material to use for a near-future armoured spaceship?
22
Is this coral lagoon geologically possible?
7
Small-scale aviation without fossil fuels
38
What can plausibly explain many of my very long and low-tech bridges?
6
What disaster could wipe out civilisation worldwide, but allow for immediate rebuilding? What would be the side effects?
19
How can I force humanity to retreat to the ocean floor