A period of human history from the 1880s to the 1930s could best be described as the golden age of skyscraper building. Back home, New York City consists of tall, rectangular skyscrapers with mild variation. But in this alternate scenario, the structures of the Big Apple and other American cities that followed can be modeled after the following proposed tall structures:

The Palace of the Soviets 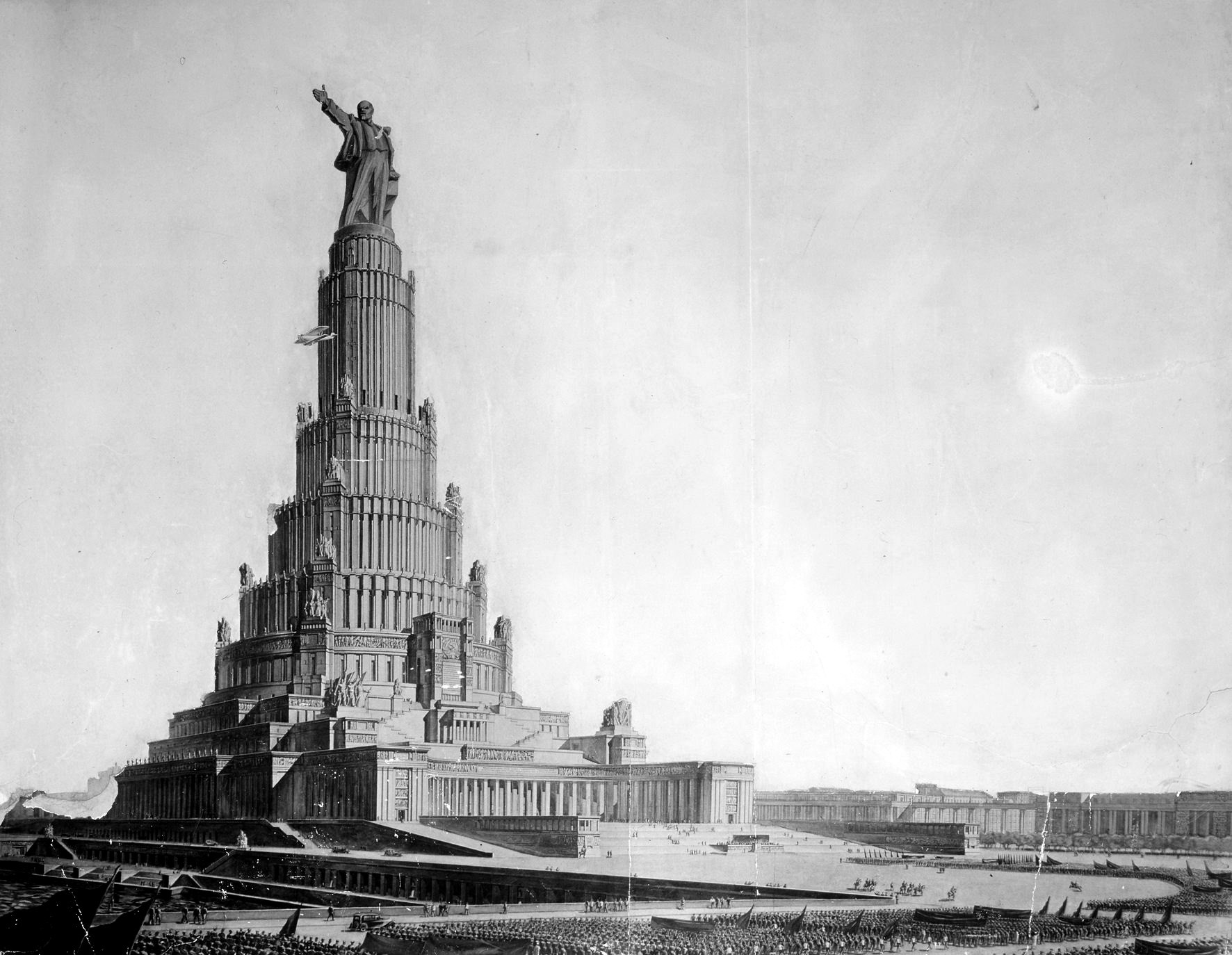 If the Nazi threat weren't so dire, this building would've towered more than 1600 feet above the grounds of Moscow.

At 950 feet tall and 820 wide, this dome would have easily enveloped Saint Peter's Basilica.

13 spires resembling the original Thirteen Colonies, this giant destined for Chicago would have stood 1500 feet above the ground. 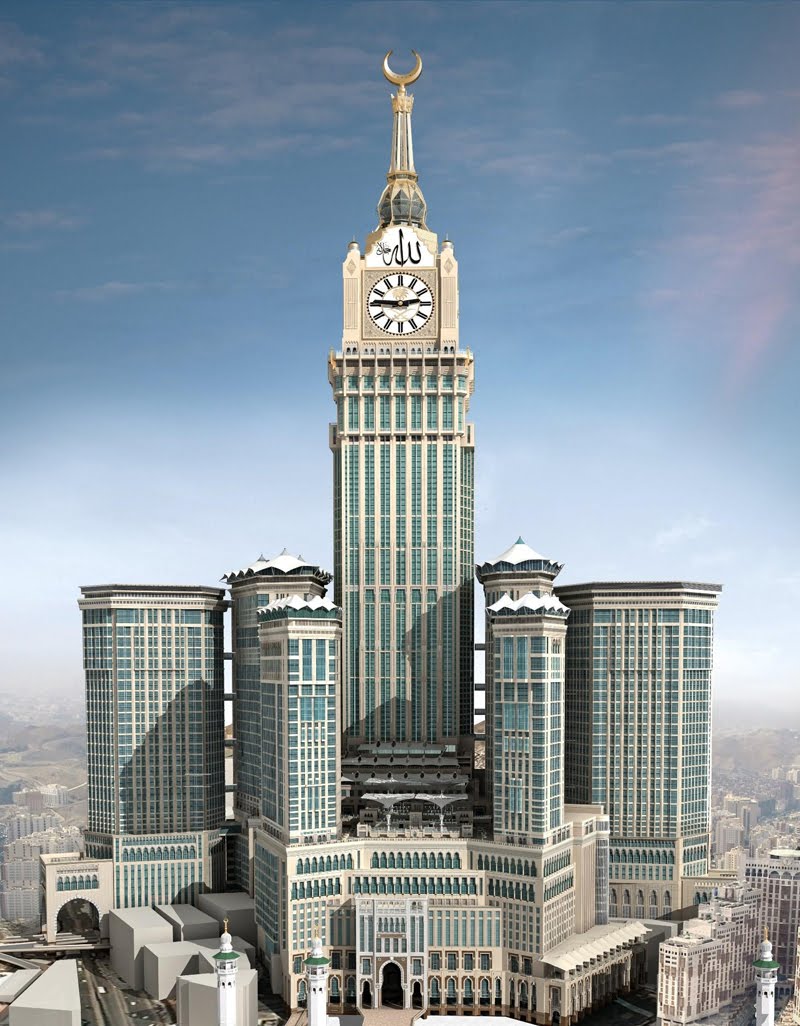 This building stands almost 2,000 feet above the ground and covers almost 17 million square feet of earth, with each clock face measuring a width of 150 feet.

Using the resources and manpower of the times, how long would it take to build just one of these buildings? What materials and technologies would be used to hold them together? And how long would they stand in a Life After People?

Although these buildings were "real" proposals, they were not going to be built for any "real" reasons outside of propaganda. There was (and for that matter, still is) very little economic justification for building such a structure, and the costs of construction, maintenance and general day to day operation would simply overwhelm the owners.

Even as propaganda showcases for the USSR or the New Order, they would consume so many resources that they would literally suck the life out of many other projects and proposals, and of course, attempting to economize in building such megastructures would lead to either a very shabby end product (which is indeed true of multitudes of Soviet era buildings), or the premature collapse due to the use of substandard materials or lack of upkeep, or both.

Even invoking the private sector isn't going to be much help. Frank Lloyd Wright made a serious design proposal for a mile high skyscraper (the "Illinois" https://en.wikipedia.org/wiki/The_Illinois), although in retrospect it was probably more of a cross between a mental exercise and some serious showcasing for prospective clients. The Wright skyscraper would also be extremely flexible with the steel construction of the time, and even the simple act of access would be quite complicated as conventional elevators simply could not do the job. Wrights solution was:

that there would be 76 elevators, each having five-floor-high tandem cabs, serving blocks of five floors simultaneously.[1] The 76 elevators would be divided into five banks or groups, with each elevator group serving a hundred-floor segment of the building. However, Wright’s floor plan of the 528th floor shows it would be served by only one elevator shaft. The elevators were to be “atomic powered”, capable of mile-per-minute speeds, and running on ratchets instead of suspended by cables. But a realistic design would be powered by a "third rail" like subways.[1]

The elevator banks extend beyond the sloping exterior walls at various points, giving the building the appearance of an elongated pyramid with protruding parapets. He said these elevators would enable the building to be evacuated in one hour, in combination with escalators that would serve the five lowest floors.

Living and working in the building would be equally uncomfortable, as the building would sway in the wind (and at the altitude of one mile would likely encounter winds going at different speeds and directions as compared to ground level). Techniques like installing building dampers was unknown at the time, and the stress of the constant flexing would certainly weaken the structure and make its service life extremely short compared to a "conventional" building. For a "Life after people" scenario, the stresses set up by the flexing would probably bring the building down long before the 200 year estimated lifespan of an unmaintained steel structure.

So buildings in New York were as high not only as they could be (we have not even spoken of the footings of such buildings, one reason NYC has the skyline it does has to do with how easily you can reach bedrock for the foundations), but as high as economically possible. The Empire State Building was the tallest building in the world until well past WWII not because it used some radical building technologies, but because there was no reason to build anything higher. The post war skyscraper boom of the 1960's to 70's reflected the astonishing growth of the American economy in the post war period (especially after the Kennedy tax cuts which ushered in the "Go Go 60's"), combined with the limited space in Manhatten and NYC in general. Current American culture suggests that the best way to show off wealth and power now is to create a "corporate campus" rather than a high rise tower

Not the answer you're looking for? Browse other questions tagged cities construction or ask your own question.

11
How would antigravity change the design of cities and buildings?
29
How long would it take for a forest ecosystem to overtake New York City?
23
What factors determine how tall the buildings in a city will be?
4
Erosion of buildings on geological timescales
12
How long can New York City sustain the Snakebot of Doom's hunger for Iron and steel?
2
How long would it take to be able to live in New York after a nuclear bomb?