Airships without huge balloons/gas bags that can still “float” in air, using minimal or no energy

Making a world where you live in the air, as the surface is not survivable (Venus-like) but there are mountains which serve as islands. I'm gonna leave out the story of the planet as it's not important.

So basically I'm looking for believable conditions on the planet (things like dense, layered atmospheres, different atmospheric pressure or magnetic fields) and technologies that will allow steampunk-style airships to exist and be functional without having gas bags the size of zeppelins or using constant jet engines pointing down to stay in the air.

Something like this: (I do realise the faults in the design of the ships in this image, mainly the gas tanks being on the bottom, but I'm just using it as a vague example of the style i'm looking for. Coated in metal with relatively small gas tanks/bags compared to the ship's weight and size, although even smaller tanks would be better. So with the proper design, could it exist?)

How dense can the atmosphere get, but still stay breathable by humans and how much better would buoyant gas perform in said atmosphere?

If the atmosphere of the planet is sufficiently dense, then it would be possible to have relatively small amounts of buoyant gas support much larger structures while also explaining why the surface is inhospitable (just remember, higher pressures begin to blur the line between atmosphere and ocean).

Another possibility for a Venus-like planet is surface volcanoes or geysers that give off enough heat to create constant thermals for the airships to float in. This would only work if they stayed in the same place, however.

More speculatively, a Mercury-like planet could have ships that hover over the terminator and use the heat differential to generate lift (not sure how the exact mechanism would work...).

Finally, instead of having gas-filled bags, you could use spheres with most of the atmosphere sucked out of them as a weight negator. Since a vacuum is, by definition, the lightest "substance" that can exist, this would be much more space-efficient than helium or hydrogen. Unfortunately, this would require some pretty implausible engineering, but the civilization you describe does seem to have interplanetary travel so it isn't out of the question. It also would be less effective on a planet with a dense atmosphere, due to increased pressure.

A Venus like world with a very dense atmosphere will provide opportunities for creating lift with far smaller airfoils than is possible here on Earth. To demonstrate the point, look at the differential in size between the wings of a large airliner weighing 200 tons and the size of the hydrofoils of a similarly massed patrol boat. Since water is @ 800X denser than air at sea level, the hydrofoils are much smaller than the wings of the airliner. 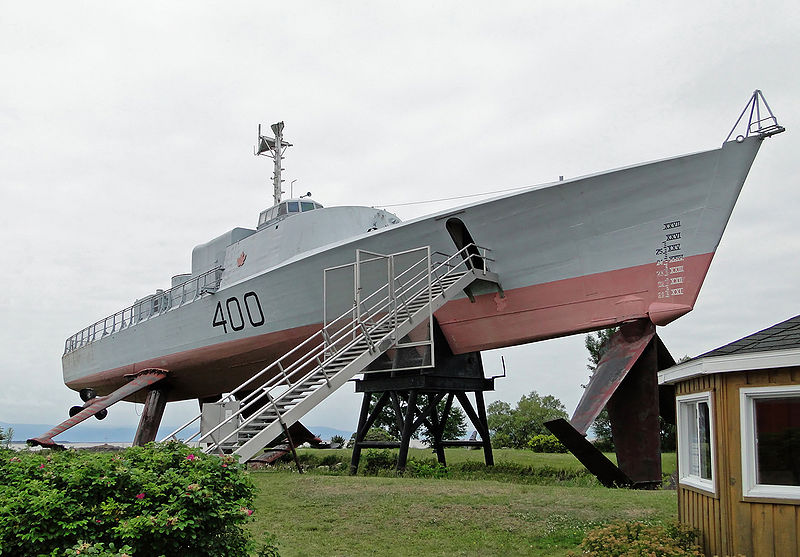 At the very simplest, you could have gliders with relatively small wings which seek out thermals to gain altitude and then glide off to the next "hotspot". A powered airship would have a propeller or jet engines to provide enough power to maintain airspeed and altitude over prolonged distances. Remarkably, the aircraft will look somewhat like a penguin in proportions.

For a much more steampunkish look, remember that many early theorists and SF writers in the real steampunk age envisioned airships to be exactly that: ships with helicopter type rotors to lift them in the air and allow for flight and flight manoeuvres.

The downside of such a ship is the mechanical complexity of the drive system and the rather insane amount of energy needed to turn all the rotors. Given the high density of the atmosphere, the rotors can be relatively small in diameter (as suggested in the illustration), rather than quite large in proportion as modern helicopters are on Earth. Even tilt rotor aircraft like the V-22 demonstrate this, the rotors are so much larger than the propellors on a similarly sized aircraft simply to allow for efficient vertical flight (earlier ideas like the Canadair CL-84 "Dynavert" had issues because using ordinary sized propellers was wildly inefficient in vertical flight) 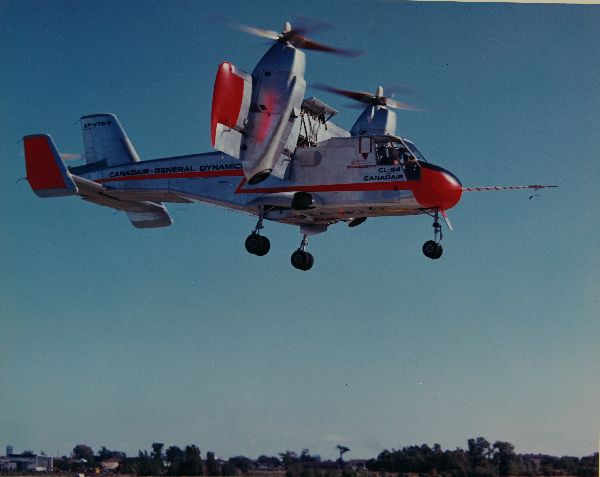 Of course the CL-84 might represent the evolution of a "Dieselpunk" aircraft in your universe; the relatively small wings and propellers will be far less disadvantageous in a dense atmosphere.

A WW2 style ship could not, realistically, function as an airship, even if the atmospheric conditions, or nannites in the air, of magic could make it float.

The reason for this is because that ship was meant to float on water and propel itself using its screws.

It has no mechanism to allow it to steer up/down, to change altitudes, etc.

You have to define the parameters of your universe in such a way as to determine exactly what is allowing these ships to float, and then modify the design of a WW2 ship such that it can take advantage of those conditions to A) move and B) change directions as an airship/plane would.

Anti-gravity. Creating anti-gravity materials is not within known science but I don't think that's what you are going for anyway.

Just have the alchemists on your world create a metal that falls upwards. It would have normal momentum but negative gravitational mass. The top half of the airships are plated with that metal and the bottom half with normal metal.

The result is self-stabilizing neutral buoyancy in air.

We have no way to create negative mass at the moment but so far as science can tell at the moment there is no reason it cannot exist so have fun with it. :)

If you are seeking a way to plausibly lift an airship in a high density atmosphere, you may want to consider the use of a cylinder or a series of spheres containing vacuum. Since the science says that vacuum has more lifting power in an atmosphere than hydrogen or helium, the main problem is how to maintain the vacuum in the container against the pressure around it. Another problem would be the weight of the container as it lowers the lifting capacity of the vessel. One solution was proposed by creating tanks in the shape of a sphere or a cylinder with walls made of two thin layers with a honeycomb between them for strength. I propose the use of doped carbon nano-tubes linking a version of C-60 buckyballs for the inner and outer layers while the use of carbon nano-rods would provide rigidity against the pressure while being light enough to use practically. The use of vacuum pumps to regulate buoyancy would solve the issue of altitude and could maintain said buoyancy indefinitely. Fabrication would be the only problem that would need a solution and there are papers that would supply the answers.

For a bouyant craft as you describe, you need the atmosphere to be the density of a liquid. Consider a supercritical fluid, which has figured into a couple of my answers in the past. You'll see from the linked article that this can be 100 to 1000 times denser than gas, and maybe 10% of the density of a normal liquid or as dense as liquid. A gas-filled lifter will be within an order of magnitude of the size of the “displacement” of the ocean ships of Earth.

The other idea would be if your world had a super-intense magnetic field, and your ships contained superconductors.

Electromagnetic motor, like Tank Farm Dynamo, pump electric charge into the Earth's magnetic field to create repulsive acceleration. The only problem being that the amount of power you'd need for flying a battleship at atmospheric altitudes is insane, the main reason that the Tank Farm example works is that the drag and gravitational pull are minimal and the farm's power is free and abundant. I'm not even sure that it would work in an atmosphere without grounding out and killing everything anywhere near the engine but it's an idea for you to look at in more detail if it interests you.

Or, you could imagine a gas that had much more lift than traditional Helium or Hydrogen.

Not the answer you're looking for? Browse other questions tagged reality-check technology environment airships or ask your own question.

8
Breathable Mars?
2
Floating ships on dense clouds?
3
Is an atmosphere with different layers possible?
12
What are the consequences of using limited anti-gravity for steampunk-style airships?
5
Will this anti-gravity airship balloon give me a working vacuum airship?
3
Technology for a sci-fi airship
18
How well would precision guided munitions work against early aircraft?
6
Does this model of atmosphere sounds plausible enough?
7
How functional/versatile would airships utilizing perfect-vacuum-balloons be?
7
What would be the effects of changing the composition of air in order to increase its density?