How do you arrest/detain someone when people can make mental attacks capable of knocking someone out?

In a world where every human being can fight using their minds, every person effectively has a ranged weapon on them at all times.

Societal change in my setting has brought about a major decrease in street crimes and an overhaul of the world's prison systems, but law enforcement would still need to detain dangerous people. You obviously can't just cuff someone, nor can you just throw them in a normal cell where they could attack other prisoners or even the guards.

How would prison infrastructure and detainment procedure need to change in order to prevent prisoners from posing a constant threat?

We'd have to change to the usage of electronics.

Robust robotics and engineering would have to be utilised to both control the flow of movement of detainees and inmates, and also detain them in the first place.

Remote-controlled bots, so to speak, similar to the one utilised by the warden in the episode "Gravity Jailbreak" in the television show Outlaw Star. In it, the prison's main feature is that the gravity is very powerful, so the way the warden controls all of the inmates is that he controls a robot remotely so he can manage them directly while they remain at a disadvantage.

The premise here is the same - you can't render a robot unconscious unless this ability directly interferes with electronics. As your question is stated presently, you have not forbidden this, so I believe it to be an excellent solution. All criminals/prisoners would constantly be trying to use their ability but they can't so they remain at a disadvantage to the mechanical strength of robotics.

You set everything remote like the one I outlined here: Being the Warden to the Correctional Prison Planet called Slearth, What types of rules would you regulate?

Combine this specific architecture/protocol with the ability to combat and detain criminals, and you're golden. You only have to make sure that the person controlling the robot is not visible.

Clearly, they need to be kept in a state where they're not able to harm people. So, keep the prison out of range from outsiders, do not let the prisoners see the inside of the prison, keep them blindfolded or in the dark, and drug them into a stupor for the duration of their sentence.

It may seem cruel by our standards, but you're simply restraining their freedom to move and use weapons. The solitary nature and drug-confused state will make the sentences particularly undesirable, which can mean shorter prison terms and a better overall deterrent.

Well all prisoners could be forced to wear one of these. 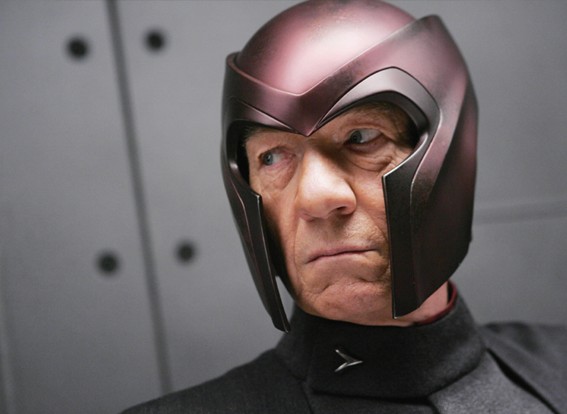 However since it uses technology, then it should be fairly easy to interrupt the mode of communication needed to work. All cells will be equipped with white noise generators (or static) for the E-M bands (instead of actual noise). That cover the full spectrum of the communications band.

Sensors would be used to monitor any communications going into or out of the prison, looking for signals that might get through. Since someone is in jail, there is a very good chance that someone outside wants to do them harm as well.

You need to eliminate the components necessary for successful offensive attacking. To attack effectively, the person must be able to target someone, initiate a fight with them, and then win.

Eliminating the ability to target

Either remove the human aspect by replacing it with computerized programs or droids, or remove their ability to sense others. Since they can't guess randomly, removing their ability to hear or see prevents them from accurately determining a person's location. For imprisoning them, just extended slots or machines for depositing items to them, such as food, so they can't tell where the person is exactly.

Have someone attack him first. Since the fight seems to be dependent on strength rather than who initiates, if you have someone stronger attack first, then you gain control over him and render him incapable of attacking. You state that they can be "initiated on only one person at a time", so attacking first with a designated person should render them incapable of attacking anyone else. This will be useful when you need to move or transport the captive, especially since you should be able to target him at will but not vice versa.

Or drug them, but that's included below as well.

Eliminating the ability to win

This is the easiest one. Prevent them from being able to attack at all by knocking them out using either force, drugs, or some other agent. Getting to them may be more of an issue, but there are far too many possibilities to discuss there. When imprisoned, add drugs to their food to ensure their mental capabilities are limited. You can also induce sleep deprivation or malnutrition or other such disadvantages to ensure they're not mentally prepared, although that might be excessively cruel.

Naturally these all assume and require solitary confinement, unless you want to put multiple baddies in the same spot. So long as attacks aren't lethal, it shouldn't be too much of a problem, right?

Not the answer you're looking for? Browse other questions tagged technology science-fiction combat or ask your own question.

1
Being the Warden to the Correctional Prison Planet called Slearth, What types of rules would you regulate?

14
How do you establish identity when people can change their appearance at will?
5
How to lead a nation when a break in anonymity can be lethal?
4
Realistically calculating the movements of someone with super strength
6
Deciding between two methods of keeping people from using technology in combat in my urban fantasy setting
0
How to make someone who is capable of telepathically altering matter not overpowered?
8
With as much scientific accuracy as possible, how would chemicals injected in one's body be removed?