I need the biggest brain I can realistically get, how big is it and why?

I've done a bit of research. I know we (humans) have big brains. We've even got big brains compared to our weight (encephalization ratio)! 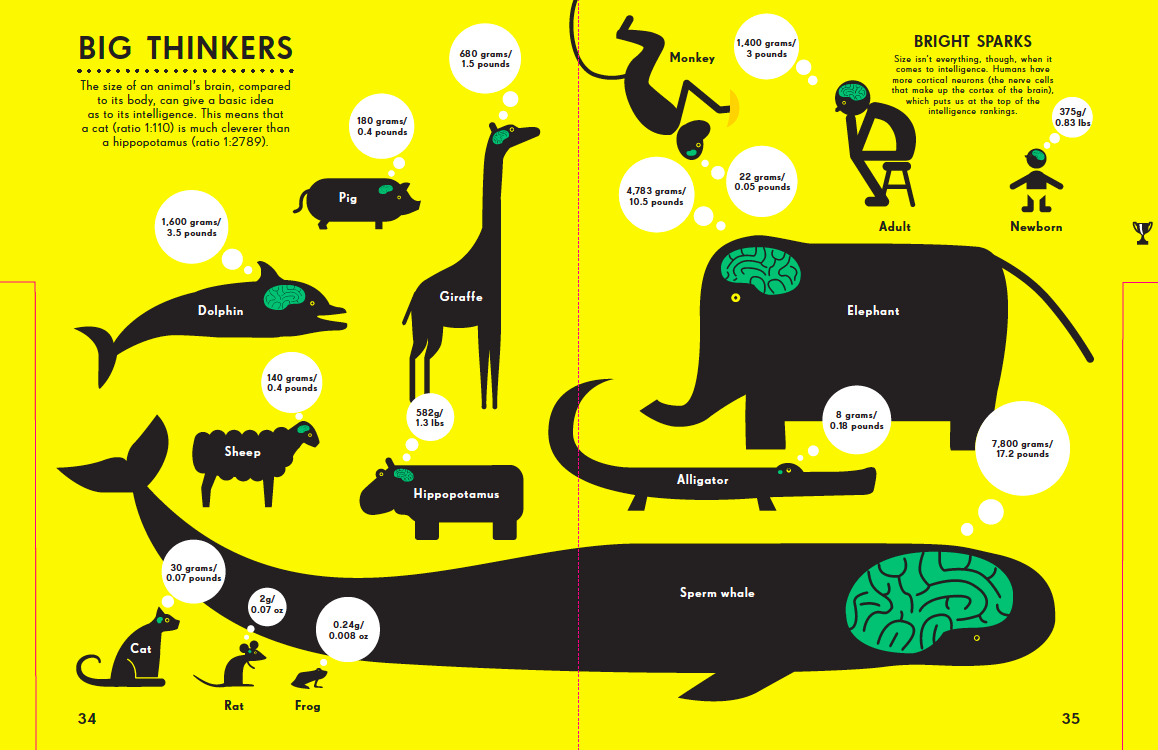 Dolphins, elephants and whales have bigger brains, but they also have bigger neurons, so neuron density is lower. They're also noisier, so more redundancy is needed (and thus wasted neurons) compared to a smaller brain.

In my story, I want my main character to meet a giant biological brain, preferably in a suitably sized vat. I need to know how big of a brain I can realistically get.

So please help me: How big can a brain conceivably be?

As big as you like. If you're designing it as opposed to evolving it then there realistically is no limit.

You would need to feed nutrients and oxygen in and out of the brain somehow but that can be done just by running pipes through it and having regularly spaced analogues for all the important things like hearts, lungs, kidneys, etc.

In the same way as our super-computer are actually thousands of smaller processors networked together you can build a "brain unit" which is a big organic neural network and the life support it needs.

You then connect these units together into a massive network allowing them to wire into each other at the connections like giant blocks of Lego. The plumbing to get supplies in and waste out could get interesting but the actual size would be virtually unlimited.

You'd also want to distribute inputs and outputs across the entire brain as well if you wanted it to actually do something instead of just sitting there and looking gooey.

Note that you most likely wouldn't (unless you wanted to) get a "brain in a vat" scenario like this. Each would be a metal cube apart from the connections between brains. Those could be electronic (less messy, easy to change cubes out, harder for disease to spread, etc) or actually involve opening parts of the cube up and letting the brains directly wire into each other.

Not the answer you're looking for? Browse other questions tagged science-based biology brain .

17
How viable would an analog computing revolution be?
21
Where should we store our brains?
10
Could human beings evolve to have longer gestation periods? If so, how could this be done?
11
What brain resources are needed per limb?
1
Adapting organs, How would they adapt?
8
Literally Pulsating Brains
1
GMO brains / Basic emotions
12
What kind of world would drive brains to evolve high-throughput sensory?
32
Why would my species expose their brains through a glass dome?
10
How big would the brain of an omnipresent being be?