Can Bluebeard's Blue Beard be Genetic?

In the original French folktale of Bluebeard, the titular villain was described as just that--having a beard that is blue. No backstory on why blue has ever been given. The most believable, convenient and indeed common possibility is that he simply colored them artificially via dyes.

But for the sake of this post, let us, at least for the moment, disregard that Bluebeard dyed his hair blue. Could the blue on the beard be some kind of genetic quirk instead? Is such a coloration on human hair naturally possible?

It turns out that blue pigment, in animals, is something that hasn't been figured out by evolution. A quick stroll over to Wikipedia shows a number of animals who quite obviously have blue parts. How is this done, then?

Well, in the case of dogs, "blue" colors are just a slightly special form of grey. 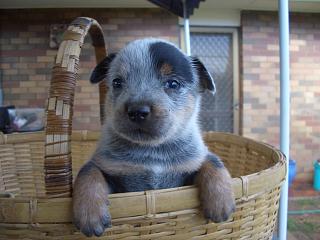 They're cute, but not truly blue. Just really grey. So let's move on.

There is the case of feathers, butterfly wings, and maybe some other animals, they actually don't use blue pigment at all. They use something called structural coloration. If you're a physicist, you call this a special case of wave interference. Whatever you choose to call it, it works by reflections of light amplifying (or suppressing) particular wavelengths of light. A brief schematic looks like this: 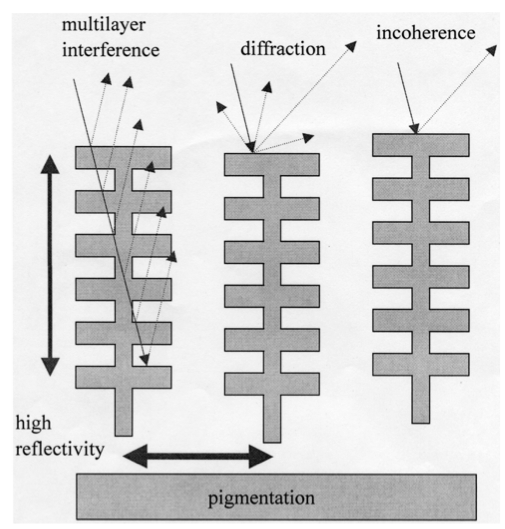 So, this means our Bluebeard can have a weird hair-color gene or very, very particular hair follicles. Either method would explain naturally blue hair without dyes.

The final option is that Bluebeard's body somehow alters his hair proteins to look blue. If this were the case, Bluebeard's blueness would depend on what he eats or drinks, so he could (theoretically) go on a diet to "deblue" himself.

In any case, a blue beard would have been quite the mutation! So crazy, in fact, that I would suspect genetic engineering. So here is your succinct answer: Yes, it's within the realm of physical possibility to have a naturally blue beard, but no, not without something extraordinary going on.

Not the answer you're looking for? Browse other questions tagged genetics hair or ask your own question.

7
Stealing genetic code
3
Highest possible percentage of genetic diversity within a species?
5
Fine-tuning human genetic-level transformation
6
Implementing genetic-level transformation - mechanics
8
Can Genetic Engineering Overcome Inbreeding (homozygosity) Among a Ruling Family Indefinitely?
7
Genetic Compatibility Amongst Differing “Fantasy” Races
6
How small can a population be with regard to genetic diversity?
3
What genetic modifications would be beneficial for post apocalyptic warriors?
11
How can isolated matrilineal societies avoid loss of genetic variation?