What environmental pressures might cause rodents to evolve social behavior?

Continuing from this question:

The rodents on the synthetic planet ( which I am now calling Ark ) can now walk/run erect when desired. The scientists continue with biological forging and work on there social behave , and the realize in hindsight that they probably should have worked on this first. The rodents live in an area with grass that is tall in relation to them , and smells slightly of mint. They run to and fro , dodging predators and carry twigs with large , sticky seeds or various small insects stuck to the ends.

Essential Question: what environmental pressures might force the rodents to live/forage in groups

Alternate Essential Question: what environmental pressures might cause the rodents to become social?

There are already social Rodents 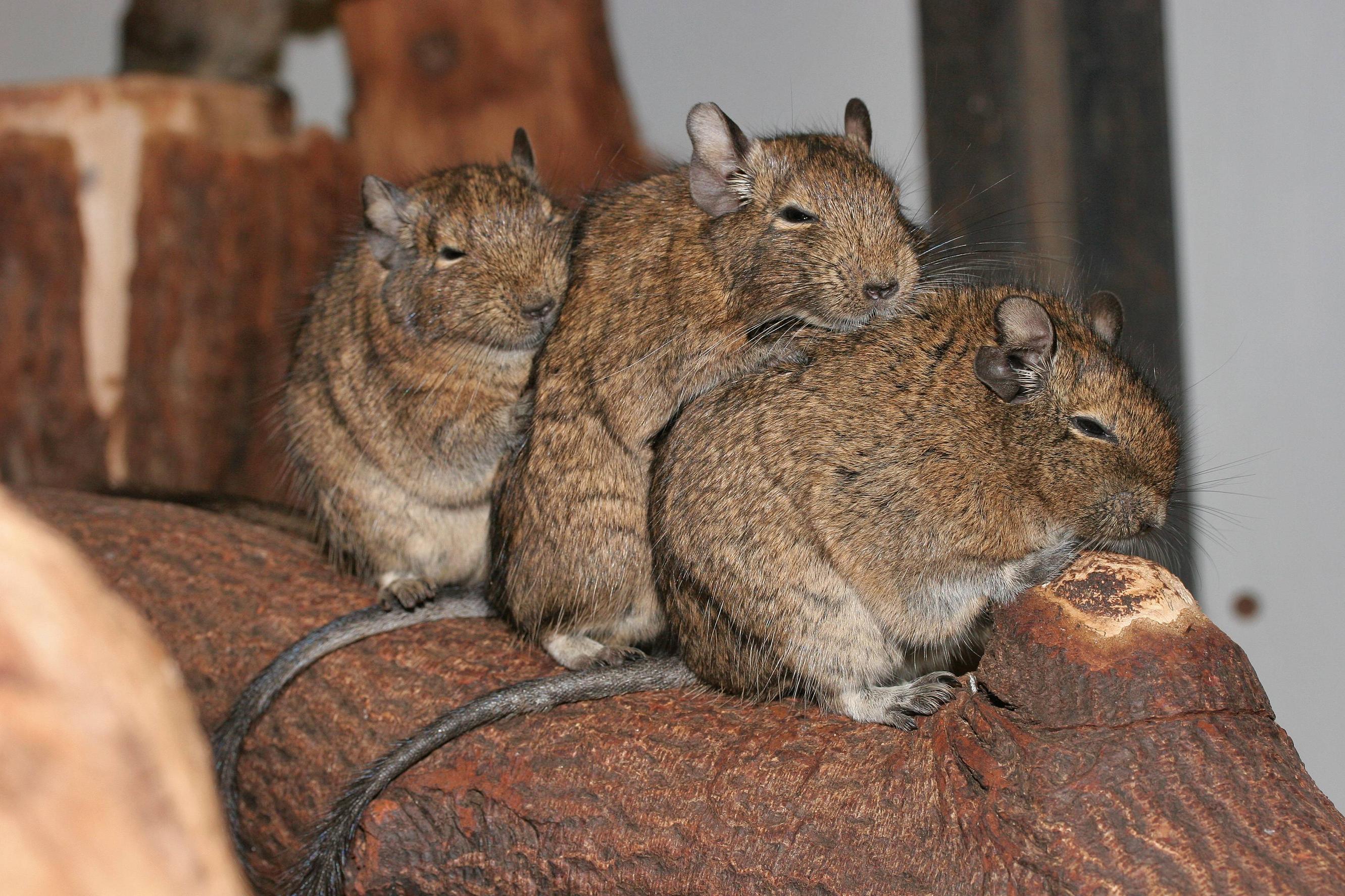 They dig communal burrows, nurse each others young, have paternal involvement in child rearing, cooperatively forage and "have an elaborate vocal repertoire comprising up to 15 unique sounds". To socialize properly, they need to hear their mothers voices. Not a social trait but they also have been observed using rakes to get seeds.

They live on the west coast of Chile and are Coprophagic herbivores.

But why be social when you can be Eusocial 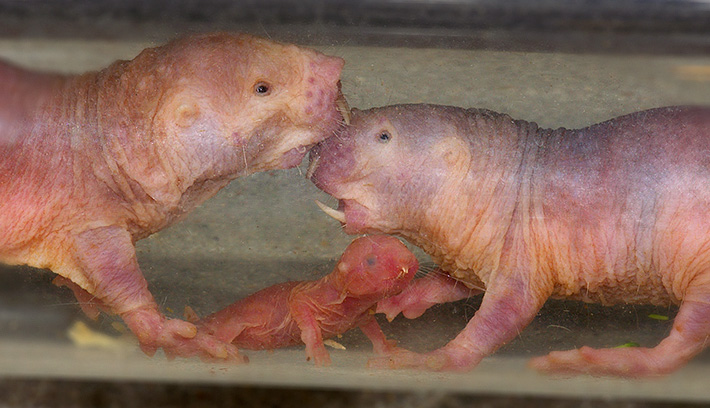 There seems to be something about communal burrowing that correlates with sociality. Give them a reason to burrow [predators weather] and make them do it together [high populations, undefendable burrows]. Also, use the Common goods game but ignore John Nash he is less than useful on the topic.

If a random mutation/variation makes an organism fitter and able to breed more prolifically, that trait will be passed on; if that trait allows individuals which have it to out-compete the others that do not, then eventually they will dominate and the others will die out. With this in mind, there are some significant advantages to living in groups, a few of which might be:

The ability to kill, deter or scare off predators that an individual would be killed by, and the ability to defend larger territories against members of the same species

The only thing to consider is whether there is an overall benefit after considering the main disadvantage of living collectively, namely that resources have to be allocated/shared amongst the group. The amount of food distributed to each member should be equal to or greater than what a solitary animal could obtain and keep all for itself, for example.

16
Would a species evolved for very high environmental pressure necessarily die in lower pressures?
3
What pressures could drive evolution of a floating creature?
4
From mice to men ( series )
41
What social and environmental factors would create a culture where wives had more than one husband
4
Would giant worms cause environmental damage?
1
What would be the evolutionary pressures of horned simians?
25
How do genetically modified rodents cause the apocalypse?
16
What evolutionary pressures would lead to giants?
6
In what sort of environment might a species with biological wheels evolve, and what would they look like?