Could a species evolve a biological gravitational wave detector?

A commonly considered life form on meter scale at liquid water temperature on a planet: no way. Whatever would it be for?

So reach more. What about planet sized life forms that live in interstellar space. SF has speculated on life forms formed from magnetic structures millions of miles across feeding at the heliopause.

Basically no, unless you stretch the definitions enough that not everyone will agree it is a sense organ for a species. The measurement, as Mike pointed out, was a fraction of the charge width of a proton over several kilometers. To throw actual numbers at it, over the distance of their 4000m run, they detected a length shift of .000000000000000004m (I'm intentionally using the same units, and not relying on scientific notation). This is not easy to measure, especially given seismic activity many orders of magnitude greater than the signal which had to be isolated! From the Physics Review:

Each test mass is suspended as the final stage of a quadruple-pendulum system [56] , supported by an active seismic isolation platform [57]. These systems collectively provide more than 10 orders of magnitude of isolation from ground motion for frequen- cies above 10 Hz.
...
Another 10^5 channels record the interferometer’s operating point and the state of the control systems. Data collection is synchronized to Global Positioning System (GPS) time to better than 10μs[66]. Timing accuracy is verified with an atomic clock and a secondary GPS receiver at each observatory site.

This sort of extreme accuracy is only seen in technical structures. There's at least 2 or 3 dozen atomic clocks involved in the timing measurements alone. To have it occur in organics is going to take some leaps of faith. In general, organics prefers to build solutions which solve may problems well rather than specialized single-purpose solutions that solve one problem very well. Organics is more likely to work around the effects of gravity waves than to build a sensor organ to observe them, at least on our scale.

One possible organic entity that could build such a detector would be a planet sized organic entity, or a solar system sized one. Once you have the entire resources of a planet or a star at your disposal, the sort of problems you might consider working on start to include things on the scale of gravity waves. It would likely be a serendipitous ability caused by the need to solve many other problems using long distance interferometery. It might solve some of the distance challenges. If you could build an interferometer the diameter of Earth's orbit, you could probably increase the minimum detection size from less than the width of a proton to half the width of a water molecule!

Such an entity might evolve in a very low energy environment, having consumed most of the usable energy in its corner of the galaxy. The tiniest shred of information might be useful for it in its quest to find more energy to consume, and gravity waves are nearly as small as they come! Of course, these entities would certainly stretch our imagination about what a living creature is. They would more likely be a strangely well organized body of dust and gas whose gravitational effects slowly generate sentience and reason like electrical stimuli do in our brains today.

Alternatively, one might claim LIGO is a sense organ designed to detect gravity waves. After all, it was constructed by a species to detect them. Sure, it's not coded in DNA, but do we really want to limit our thinking to merely things coded in DNA? Perhaps we can claim its the curiosity coded into our DNA that caused us to detect sensory organs. Can curiosity be considered a sense? Maybe. Why not! What's in a name, anyways!

The only reason for any creature to evolve such an organ would be because it is somehow useful.

The only places in the Universe where it would be useful would be in very extreme environments, such as orbiting a Magstar, Neutron star or a black hole, where you can expect to encounter powerful gravitational waves.

While this is a staple of SF writers like Stephen Baxter, it is difficult to envision such a creature. It would probably resemble a solar sail or perhaps a large mesh antenna to "feed" off the energies being released by the rotating neutron star, the magnetic fields of a Magstar or the accretion disc of a black hole (any creature waiting to feed from the Hawking radiation of a stellar mass black hole will be hungry for a pretty inconceivable number of years [10^67]).

Being a very fragile, gossamer structure in free space orbiting the extreme body, there will be a large incentive to be able to predict the changes in the environment and react to them. If we consider a large antenna like creature shaped somewhat like a spider web, there will be a preexisting nervous system to send signals down the "web lines", which might become adapted to this sort of use. Unlike LIGO, there would be several or perhaps several hundred radial lines all leading back to the "brain". If some sort of synchronous signal is already part of the anatomy (perhaps to ensure the antenna body is properly aligned) then changes in the signal strength across the various lines or the interference patterns of returning signals would serve the same purpose as LIGO, although probably on a much cruder scale. Since it would be very close to the source of gravitational waves, this would probably do. 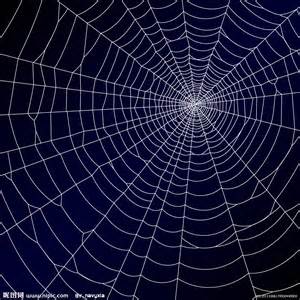 Imagine this image on a scale of thousands of kilometres....

The short answer is no. The accuracy required by LIGO, able to detect a difference of one thousandth the size of a proton over a distance of four kilometres, is beyond the capacity of an evolved biological system, since there's no intermediate stage that would be partially useful like there is with eyes and such-like.

Well, if the species evolved from carbon based organisms , no . However, if the creature has, say, Nanites instead of cells, could "feel" evolutionary pressures, and lived on a planet near the center of its galaxy, I suppose its possible, granted that the creature is enormous.

As for why, maybe they live a very very long time and have evolved this sense from being through solar apocalypses in the past just by sheer virtue of outliving stars, and developing this sense in order to detect the approach of such events in order to prepare (by moving to a different system).

Many of the answers are based on the assumption that gravitational waves are microscopic phenomena. This is of course not true, gravitational waves are as macroscopic as things get. Two giant bodies, each many many times the mass and density of the Sun, colliding at close to the speed of light and causing violent ripples in the very fabric of spacetime is not a microscopic phenomenon.

On Earth we need very sensitive equipment to detect them because such events happen to be very rare in our cosmological neighborhood, so we need to observe ones that are happening far away. For organisms that evolved in places where it's common for such events to occur nearby (and nearby doesn't mean in the same system, even the same galactic cluster would do), sensing gravitational waves may be as easy as sensing light. The usecase does not have to be very specific either - we didn't evolve to sense light so that we can react to solar phenomena, it just happens to be a type of wave abundant around us so we use its interactions with our enviornment to gain information.

In short, I would argue that if there exists galactic clusters where very massive/dense bodies are quite common, it's not only possible but likely that even ordinary planet-based lifeforms sense gravitational waves as part of daily life.

Not the answer you're looking for? Browse other questions tagged evolution gravitational-waves or ask your own question.

4
Seeing Using Gravitational Waves
22
What kind of senses could exist?

5
Could an animal species evolve to use electricity?
2
Would it be possible for an organism to evolve a biological fusion reactor?
5
Could a life form evolve a biological video screen as a way of communicating?
11
Could a species evolve a special organ that stores pure energy & allows it to control its own magnetic field?
1
How could different species evolve into anthropomorphic beings?
8
How fast could a hominid evolve to run?
8
Could a life form evolve an organ for generating temperatures less than a degree Kelvin above absolute zero?
5
How to weaponize gravitational waves