From mice to men ( series )

A team of alien researchers get bored one day, and decides to conduct an experiment.

Seeing that the great ape Homo sapiens sapiens turned out so well ( in terms of technological development and ecological domination ) on earth , they wonder if any other family has the capacity for the same. So they take every animal that existed at the beginning of the anthropocene, divide them into groups, and then place them on synthetic planets , containing a variety of other animals dependent on which group was there. On a certain planet , they put every variant ( for maximum genetic diversity ) of mouse and rat , rats on one side of the planet , mice on the other. The same land-to-sea proportions that exist on earth are on that planet , and so do all the biomes. Of each variant , they put 10,000 breeding pairs, give them a temporary surplus of water and food, and set the timer. The scientist assigned to this planet decide to first work on freeing up the mice's hands to facilitate the creation of tools.

The Essential Question: what are some environmental pressures that might force rodents to walk and or run erect?

Alternate Essential Question: what are some environmental pressures that might force rodents to gain prehensile hands?

( please answer one or the other, but if you feel like answering both , that is just as welcomed ) 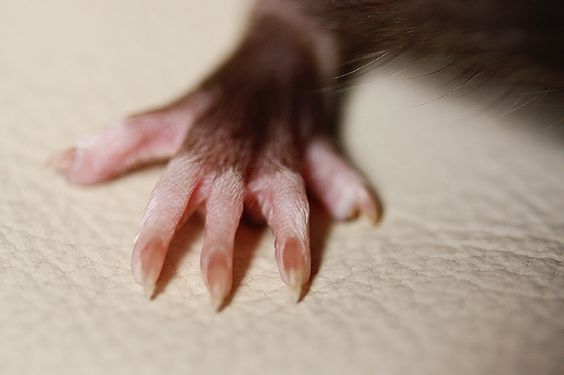 They like us homos inherited them from their shrewlike ancestors. It turns out five fingered grasping hands seem to be an ancient arboreal​ trait not an end product of evolution.

The ability to stand on their hind legs is a common trait in their clade. 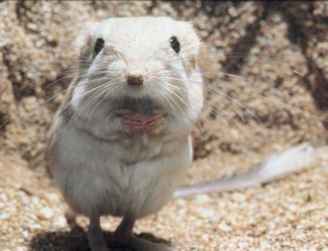 Kangaroo rats [shown above] are already bipedal. They live in arid climates with high predation risks. The bipedalism lets them avoid being food.

Both hominins and Muridae have a tendency towards generalization and omnivory. I think all it would take to have rat-men or a mouse-man is a pressure towards tool use. They already have the equipment they just need a reason. 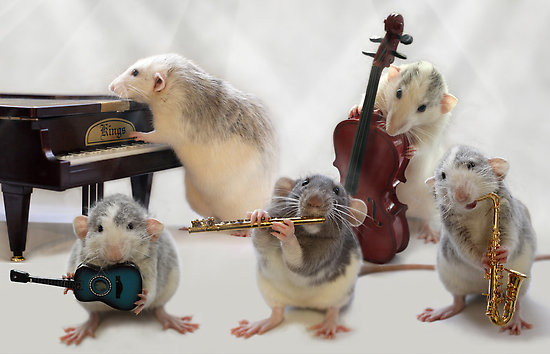 Alternately a hard shelled food source that is tricky to open. Capuchin opening a nut with tools

Make food available that is too big to fit in the mouth, but easy to grip

This should be easily available and have a good food value, but a bit tricky to transport and open. This would stimulate creativity and reward fine-movement skills.

Create a species for them to hunt

If you are hunting in an open landscape, it is beneficial to cooperate when hunting. Also, for short sprints, an up-right position is preferable.

Make the surrounding vegetation slightly higher than the rodents

They would have to stand on their hind legs if they want to scout for predators. Use their paranoia.

4
What environmental pressures might cause rodents to evolve social behavior?

4
What environmental pressures might cause rodents to evolve social behavior?
9
What series of evolutionary events would lead to isogamous (not isogynous) animals?
14
Could keyboards + mice ever really become obsolete?
9
Little Green EARTH Men?
1
No hunger cry from birth, is it plausible?
1
How could mammals evolve to resist damage from fire?
3
The Paradox Men - Cosmology
2
Could a tetrapod evolve from a hexapod?
2
Physical characteristics of 3-inch men