Ever since grade school, we have been taught to visualize time in the form of a time-line. This model works particularly well considering the fact that, according to widely accepted scientific theory, time exhibits the same dimensions as a line, with movement across this dimension being constrained to a linear progression.

So, what would the universe look like if time had more than one dimension?

For the sake of this particular question, I'd like to focus on 2-dimensional time, and how our universe might express this second temporal-dimension in contrast to linear time.

My Interpretation:
While I'm not by any means certain as to what 2D-time would look like, I imagine that it would look something like what would happen if the entire quantum-miltiverse merged into one universe. I.E: every possible iteration of the time-line would exist simultaneously, occupying the same space.

People commonly interpret this as being multiple timelines, or the meta-time in which history may be changed.

But more seriously, you would have physics defined in 5 or more dimensions with 2 or more being "time like". (Oh look, It's in Wikipedia!)

Special relativity describes spacetime as a manifold whose metric tensor has a negative eigenvalue. This corresponds to the existence of a "time-like" direction. A metric with multiple negative eigenvalues would correspondingly imply several timelike directions, i.e. multiple time dimensions, but there is no consensus regarding the relationship of these extra "times" to time as conventionally understood.

You would have events plotted in 5 dimensions with rules explaining the allowed relationships between them. These rules may be different along the different kinds of time. But, like space dimensions are all the same, I like the symmetry of two time dimensions being the same too.

How this would seem to someone inside it, I'm not prepared to say※. The common wisdom is that it would not be "interesting" like our universe.
(I'd copy the illustration but it doesn't like SVG it seems. See the link in the paragraph above, please.)

But another idea would be, not a branching universe, but a 2D plane on which the world line of an object can choose a line. Just as forces change the direction of motion in 3 spacial dimensions to pick out one possible line, the time direction might be one chosen line out of infinite possibilities. A different kind of force would alter the trajectory. That would leave the world behind, as everything else continues on the old time direction. This describes what's normally considered parallel universe, and logically that's indeed what a parallel universe is. Perhaps you can combine separate history and branching history by having specific things cause splitting rather than everything causing splitting.

※ update: Greg Egan is writing a novel set in a universe with two space dimensions and two time dimensions. See his page for material including the mathematics of spacetime in his universe! This material was made available in December 2016. The novel will be out in mid 2017.

It might be tempting to think that with two dimensions of time, the history of any particle, or person, would cease to be linear and would take on some kind of planar aspect. But in fact, there is no reason why objects shouldn’t trace out essentially one-dimensional world lines through space-time, much as they do in our own universe. The difference that arises from having a second dimension of time is that of all the straight lines that pass through a given point, more of them would count as possible world lines.

You would have to have another form of input in order to look sideways across time.
Our eyes see what is around us in this space and time. You'd have to have a time2D vision organ to allow you to see across the time space to the other timelines.
Or maybe a different structure inside the eye, like rods, cones, and Penrose triangles.

To normal eyes you'd see the time and place you are now, but to the other eye I think you're right that you'd see all the possible timelines stretching out beside you.

I imagine them being flatish and layered, blurring as they overlap each other.

The timelines closest to you would be the most similar with only minor differences. The differences might not even be anything near you. Maybe on the other side of the planet (a bird almost got grabbed by a hawk/became a hawks supper), and that caused a new timeline to branch.

If you were able to step sideways across them your normal eyes would see the world flicker as you passed by.

IF you are thinking about how to draw or visualize this, perhaps you should envision a loaf of sliced bread. 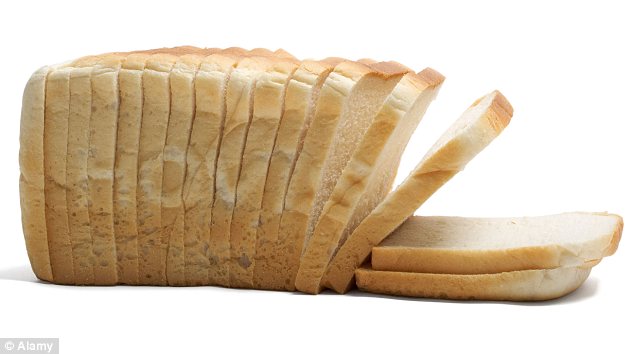 Another way might be to envision a grid with multiple light cones all pointing in the same direction. As your world line moves, you are moving in parallel with multiple other world lines (in a true multiverse, an infinite number). Your light cones might intersect in the distant past or future (or even the near past or future if the world lines are close enough), allowing you to "see" events in otherwhen. It is not clear to me if you will be able to influence events in other when, although since you can see them and gain information, it will certainly "bend" casualty. 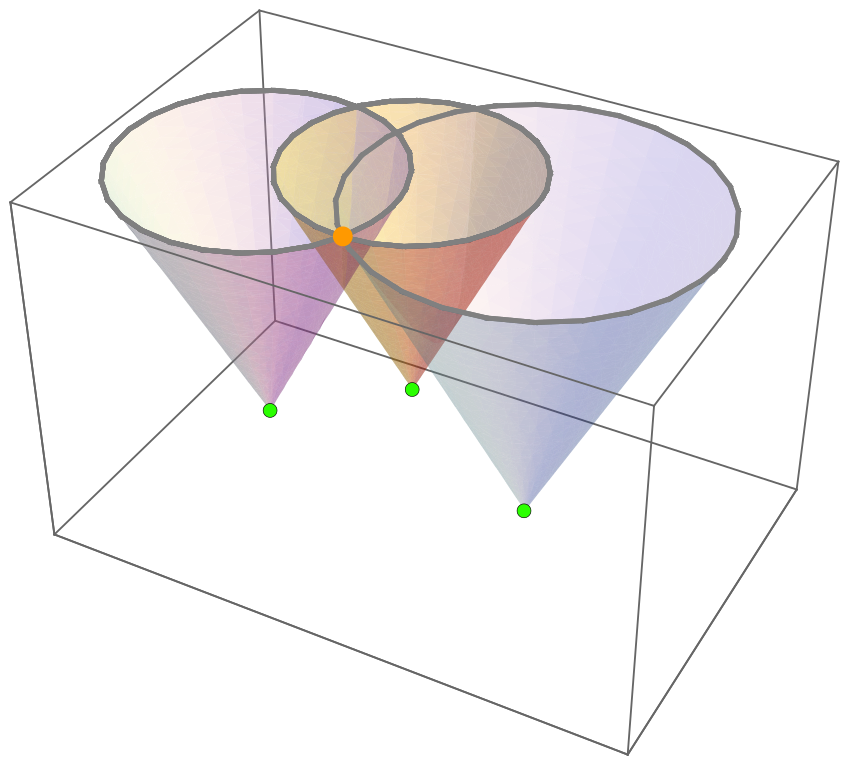 The standard interpretation of the multiverse is that each universe is independent and isolated from the other universes (which explains why you can't see into them).

This is pretty mind boggling as is, so I will leave you with an image of a sliced bread timeline or an infinite grid of light cones, while I make a sandwich and break out the Go set.....

4
Physics issues for a city where time flows in two directions
16
What would organisms be like in four physical dimensions?
5
If an immortal, fabricated particle could travel FTL, would it exist in all times, or only the past relative to its present?
8
Mathematics of monsters
7
Aliens in a 4D universe try to explore our 3D spacetime fabric: How can they do it?
7
Schwarzschild Metric in a universe with the same space time metric as that described in the orthogonal series, but with massive gravitons?
10
Is three-dimensional time consistent and paradox-free for time/dimension travelers?
5
When universes collide
8
Viewing the whole timeline from another temporal axis; why can't the first temporal dimension look back and see the future of the time travellers?