For my current world in progress, I have devised a variety of species possessing multiple, unique DNA chains that can receive copious amounts of short-term energy due to their large stores of sugar. The next issue I need to tackle is the existence of certain features of some species.

My first target is the existence of various species that have bodies/skin seemingly made from minerals such as iron, rock, or steel (alright, so steel is an alloy; sue me). My intent is for humans on my WIP to use the shed armor as steel would normally be used.

I considered explaining my creatures as being silicon-based, but their chemistry and environment don't seem to align with the conditions I have already decided on for the planet. Next I considered metal-based biology, but, again ran into cohesion issues.

If possible, the body/skin/armor should have the look, feel, and properties of rock/iron/steel, even if they differ on a molecular level.

Well we have plenty of animals that already have some of these features.

Lets start with Mollusks, many of them have a hard shell for self protection. Snails, clams etc. They create their armor out of calcium carbonate, which is stone like. 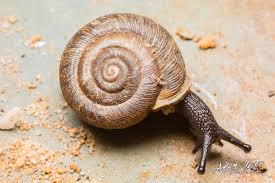 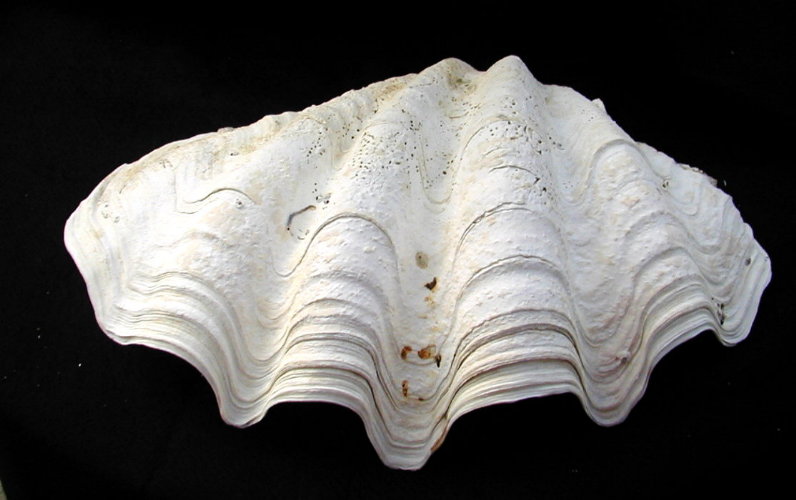 Of course insects and crustaceans also have body armor but it is chitin which is not very stone like at all. Since even the hermit crab finds snail shells to be much more protection. 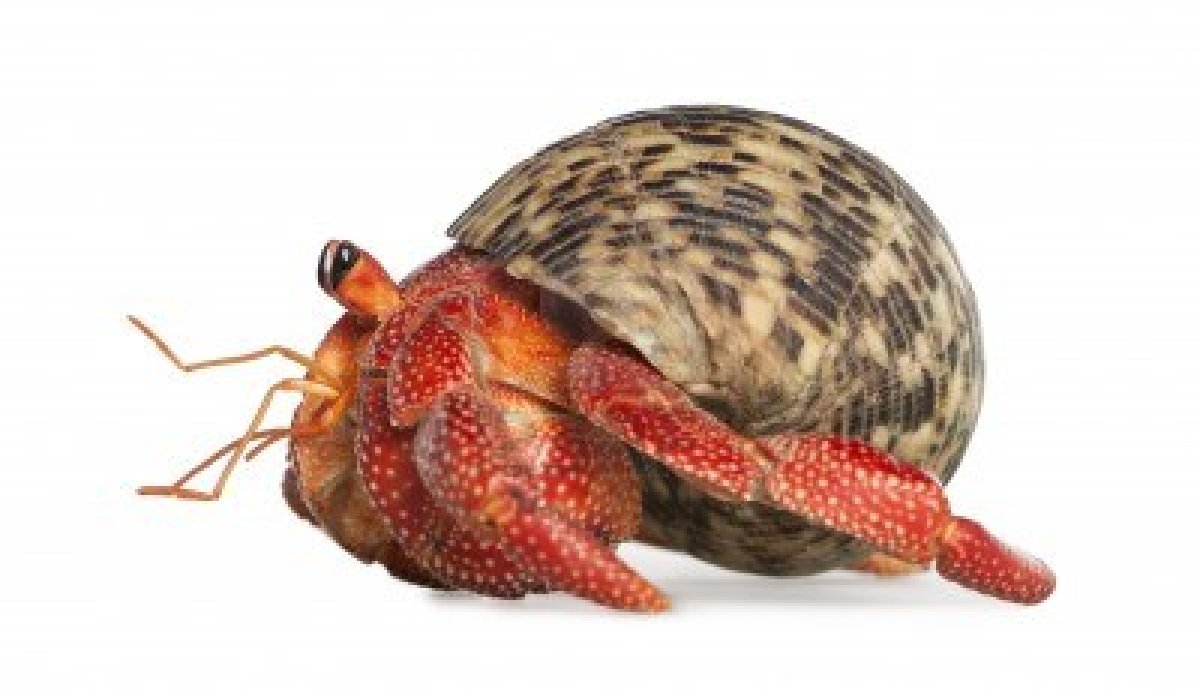 Next moving up the evolutionary ladder we have turtles these have shells made of bone, but the shells are fairly heavy when they get to a size large enough to be used as armor. Helmet sized turtles might not weigh any more than a normal helmet though. 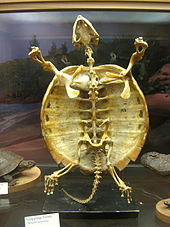 Pangolins and armadillos are higher yet on the evolutionary chain and can move a bit more agilely than the previous contestants. and at least the Pangolins have been used to make armor (at least for show). 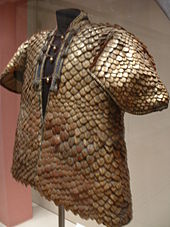 Larger animals generally have thicker and tougher hides, like the rhino.

Of course the problem with hard natural body armor are two fold, it's heavy, and it makes 'growth' harder. (as well as harder to 'heal' should it get broken). So current armored animals are small and/or slow. So this means that an animal large enough to use parts as armor means it is likely going to be a slowish animal, and being large enough to use a armor, very strong to move that armor around. It might be the armor is just a few plates, like a couple over lapping plates on a thorax and maybe some stronger ones along the arms or legs used for fighting or defense. Punching something in the teeth attacking you with a rock like forearm would seriously deter further attempts.

Molluscs have already been mentioned, so I'm surprised that the scaly-foot gastropod specifically didn't come up. It has some pretty alien biology going on, which I'm not qualified to elaborate upon beyond what's available in that link/via Google, and it looks at least as awesome as you might imagine: 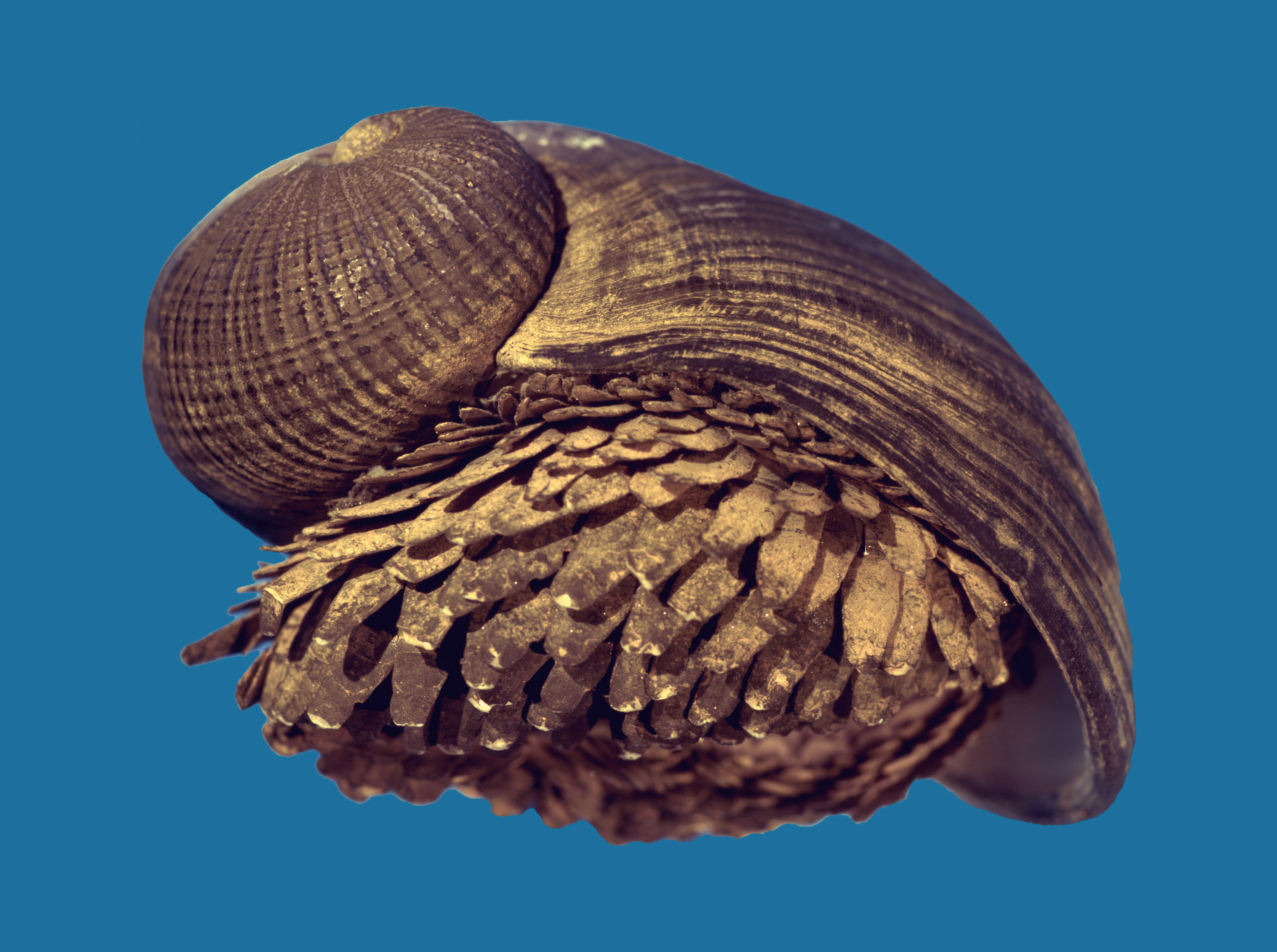 It's an extremophile to boot, making it already more or less an alien lifeform compared to a typical resident of planet Earth. It's extremophile status might not be entirely convenient for your story, since it'd be a little hard for us to dive down and collect them to use for making tools (without already possessing the metal required to construct a deep-sea submarine), but someone with a better grasp of the chemistry involved might be able to suggest some modifications you could make to its metabolism/physiology that would allow it to exist in a place more accessible to humans. It's also probably not large enough to really utilise as a source of materials, but overall it's pretty close to being the kind of animal you're thinking of? I especially like the part where it seems to rely on symbiotic relationships with different bacteria, and the fact that it's utilising an unusual resource in its environment (minerals from undersea vents). You could certainly borrow an idea or two from it – apparently MIT/the US Department of Defence already are

Mineral-like creatures or creatures with mineral-like armor? There are crabs which use natural materials to camouflage themselves.

Well, I'd tone it down the concept a bit. Instead of rock skin, why not skin with rock? The creatures could use caves/ regions with an abundance of minerals exposed as nesting/mating grounds, and assimilate certain amounts of minerals into the skin, either by releasing a sticky substance that adheres to the metal, like dragons with treasure fused to their bellies, or by eating said metals and have them somehow deposited in the upper skin layers, kinda like our own external skin is richer in certain composites like keratin, but with metal, or maybe scales witch high abundance of said minerals in their composition. This could also make for good armor, as it's underside is relatively flexible while the mineralized exterior makes it tough. Think of something like an ankylosaurus with metal covering its body instead of bone. That way it would feel inorganic while being bound to organic tissue and pose no issues to human life. (on a note, maybe eating could allow it to incorporate the steel into its skin? I'm not that experienced with Alloy chemistry to say, but who knows? Most likely a chemist) Edit: I don't think it could produce the minerals, only consume them, as it usually takes stars larger than our sun to make metal atoms like iron, so I'd go for getting them from munching on rocks

41
Multiple DNA, one creature
13
What would the chemical make-up of a silicon based life-form be like?
19
Is metal-based, or other non-carbon-based, life realistic?
7
Could a being made mostly of rock exist with any possible circumstances?
8
Surviving the world of zombie mosquitoes
8
Ideal short-term organic engine

3
How plausible are my metal eating life forms and their impact on civilization?
3
Explaining the Sharingan
14
Complications in a Blue-Skinned Race of Elves
8
How can a team of shapeshifters communicate?
9
Bones for bigger creatures
3
Rock/Mineral Ore Eating Organism
8
Feasibility of creatures with long forelimbs?
2
Thermoregulation in a Shark-Skinned Canine
4
Explaining Dragons
3
Explaining Leafmaw