On Kepler Bb these are the average temperature and duration in region 1 which is a warm temperate zone(subtropical if you want to call it that):

Now that is just taking temperature and duration of seasons into consideration.

Of course not all days in the cloudy winter are cloudy and the mixed fall isn't a 1:1:1 ratio.

Now in region 1 there is a lot of prairie grassland: 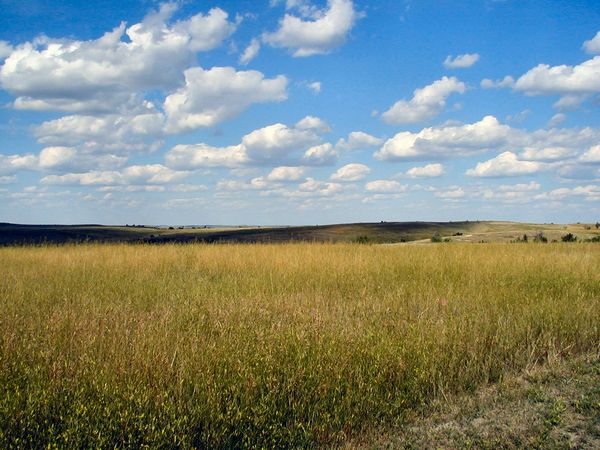 There is also quite a bit of deciduous forest: 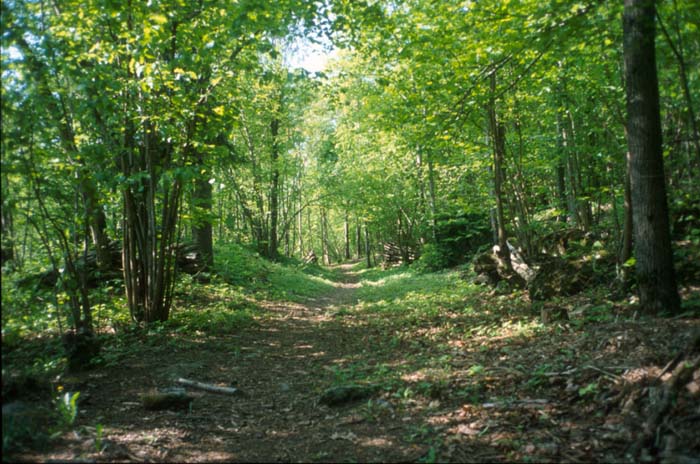 There is 1 main river with a branch that leads to a lake.

There is even a mountain range.

Now how extreme would this likely get? I know that it could get more extreme like a complete drought near the river(which I know is not likely because this river leads into the ocean) but I am assuming that I am not considering the really unlikely scenarios like arctic weather or complete drought.

The area in question is mostly grassland with a forest close by where Lisa often hunts for deer. The forest itself is pretty dense and some of the trees are old enough that if they wanted to, Lisa and Robin could live in the trees. However Lisa and Robin are of a humanoid species that prefers to live on the surface and underground so their shelter is surrounded by grassland. I know that grasslands tend to have a wet and dry season whereas most temperate forests don't whether you are talking about the North American prairies or the African savannah both of which are grasslands with a wet season and a dry season.

I think you could model your area on Washington state if you want something that sounds a lot like your example.

You mention mountains, which have a huge impact on weather depending on where they are at and how the wind is blowing.
In Washington state you have the Cascade mountains. On the west side you have a rain forest and the wettest place in the country, with 160 inches of precipitation annually. On the eastern side, in the rain shadow you can expect 6 inches a year and is mostly a semi-arid grassland. 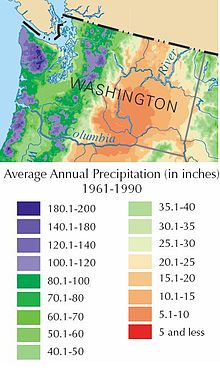 Washington state isn't much bigger than your example either. 360 miles by 240 miles.

Even the climate is pretty close to the numbers that you gave.

Not the answer you're looking for? Browse other questions tagged weather seasons or ask your own question.

7
Would a planet with a 4 year solar orbit have differing seasons?
3
Getting Day-Night Cycle and Seasons for my Dyson Outies
0
How could humans survive 9 month winters in the classical Roman era?
2
Eternal seasons bind to geographical areas
5
Antarctic Climate on Greenhouse Earth
2
What rough climate and/or biome classifications would I assign to a planet with 31.1 degrees axial tilt?
5
Earth Has Four Seasons Lasting Years. Is This Too Much?