How close could we be to a stealth planetarysystem?

Start with a powerful space-faring civilization. They are Kardashev Type II, having harnessed the total energy output of their sun.

To do this, they have encapsulated their star with a tight-fitting Dyson Sphere which is totally dedicated to energy capture. None of their star's light or radiation penetrates the sphere.

The planets of their system still orbit the imprisoned star, but they do so in almost absolute darkness. The inner planets are all populated, but none of them still have their original atmospheres. Instead, they have each been encased in a defensive shell, then terraformed into planet-wide urban cities.

There is no wild plant life, no living oceans and no undomesticated animals. All of those things have been abandoned on their quest for the stars.

Now as a Type II civilization, they obviously know a lot more about the universe than we do. One of the most important examples of that greater knowledge is a real understanding of how dangerous the universe is. There are lots of militant Type II and imperial Type III civilizations out there and any one of them would be thrilled to conquer and enslave these peaceful people.

It is for concealment that they have blacked out their sun and worlds with opaque shells. Similarly, they use only line-of-sight lasers for inter-system communications.

How close could this civilization's planetary system be to our own, without our noticing the effects of its gravity on objects that we can see?

This is a tough question to answer because any planetary system with more than one planet is tough to analyze. When two planetary systems collide, the result is overwhelmingly difficult to analyze, even for computers. It's safe to say that we would notice effects before the planets even got near each other. Perturbations of comets in the Oort Cloud would be evidence enough that something funky is going on. This would be hard to figure out at first, but eventually, we'd figure it out.

I'll use the Hill sphere approximation to make a really rough lower bound on the distance. For this, I'm assuming that the other star and Dyson sphere have a much greater mass than that of the Sun. Therefore, the radius of the Sun's Hill sphere is $$r=a\sqrt[3]{\frac{m_\odot}{3m_{\text{star}}+3m_{\text{sphere}}}}$$ where $a$ is the distance between the two bodies. Inverting this, we have $$a=r\left(\frac{m_\odot}{3m_{\text{star}}+3m_{\text{sphere}}}\right)^{-1/3}$$ Let's set $r$ to the minimum outer radius of the Oort Cloud, 50,000 AU. If we set the masses of the star and the Sun equal, and assume that $m_{\text{sphere}}\approx9.15\times10^{-5}m_\odot$, then we have $$a\approx62,500\text{ AU}$$ This sets a lower bound on the distance the star would have to get to. The star would have to be relatively close to perturb these comets enough to start to attract them to itself. But we'd notice some fishy effects a bit sooner. Just how soon depends on how good our detection methods are. 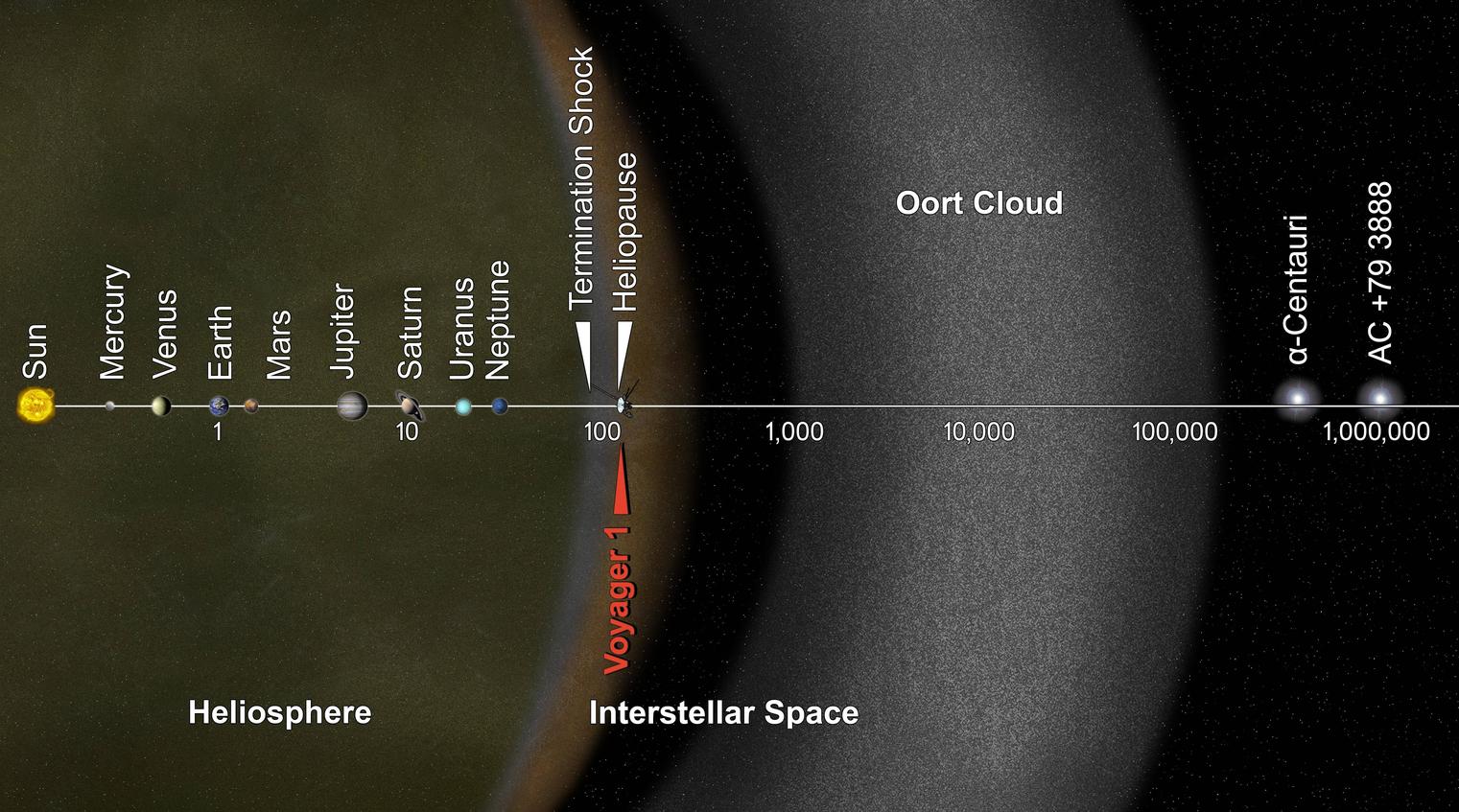 The only way we would notice it is aperiodic and missing comets.

Not the answer you're looking for? Browse other questions tagged gravity .

12
How close could another solar system be without adversely affecting our own?
0
Dark matter caused by Matrioshka Systems

6
When two planets are very close, what is the environment like?
3
How close would merging black holes have to be to feel gravitational waves?
2
What are the realistic problems of a planet orbiting too close to its sun?
13
Can the Sun lose enough mass that Saturn's current velocity becomes escape velocity?
5
Long Term Evolution of Double Planet System in Close Orbit
21
How would houses change if we could walk on the walls?
2
Creating stable gravitationally bound alternatives to a single ultra massive galaxy?
6
How close to themselves could be two planets orbits?