Lemmings, making the myth the reality

So we all know that Lemmings are known for following blindly to their death but that is not the reality.

How would a situation like this come about via evolution and real world science?

Social insects, like ants and bees seem to fit well to your behaviour description, however, they are too small.

The mammal species that has the most social insect like way of living is the Naked mole rat. They are: 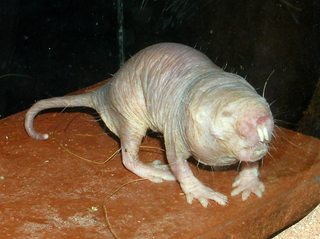 (Go through the list once more and think "humans".)

Having intelligence actually makes this one easier. Brainwash individuals to do your bidding and send them out.

Human's have done this for centuries. One of the earlier known cases are the Assassin's (original). They trained to be killers and were sent out to kill targets dying if necessary for the "Old Man on the Mountain".

We still have people doing that. The kamikaze during WWII, where the Japanese pilots made a one way attack on Pearl Harbor for their emperor.

And today we have suicide bombers dying for the promise of 70 virgins and some power hungry nut job.

It's much easier to train an 'intelligent' animal to kill itself for the good of 'all'.

So human's meet all of your requirements.

There are a whole host (see what I did there) of mind altering infections in the world. Such as Toxoplasma gondii, which cause mice to actively seek out the smell of cat urine, or Rabies which causes uncontrollable aggression.

Most of these infections bring about these changes to cause the host to conduct behavior that is conducive spreading of the infection.

We could conceivably have an infection that manifests in filling some organ with a huge amount of pathogen, followed by a stage where the host runs uncontrollably. When the poor critter falls off cliff and impacts upon the ground it causes a small cloud of infectious splatter to whiff through the valley.

Such a creature by necessity would need to be fairly intelligent, enough so that the breeder would be able to recognise that one of the disposables has suffered a mishap. Since the ability to communicate often comes with intelligence, it can be expected that a breeder could direct its related disposables to test the ground ahead for hazards. These would be indicated by audible means, either an "I'm OK!", "There's trouble!", or a death cry that would indicate a particularly dangerous hazard. Note that even if there were hazards capable of eliminating a disposable silently, the lack of the "I'm OK!" calls would be an indicator of a hazard.

Having a complete species of animals evolve to destroy their own fitness by suicide is very difficult. In such cases, it would be easy for the animals to evolve mutations which stop this behavior, and it would greatly enhance their fitness.

However, it is nevertheless still possible to have a minority of the species act like lemmings, if a meme manages to spread within the population which encourages such behaviour.

An example would be clergy. They are (mostly) self-sterilised by means of a meme (religion), and such groups have existed for thousands of years. They mainly survive by drawing new memetic converts from the general population, while its existing converts die out. It is not implausible for such a system to form in nature, and other possible examples include terrorist suicide bombers who willingly go to their death for their religion or some other memetic cause.

On a macro level, many animal species act like the made-up lemmings. Most of the time, predators and food supply keep the critters in check:

But what if there are no predators? Islands often have very small, specialized ecosystems; it's not difficult to imagine an island populated by nothing more vicious than a blue-coated critter with green hair and a long nose. In that case, the only limiting factor is food. But what if the food remains plentiful until a certain point, then almost overnight is gone? Rather than a slow, constant, more/less cycle, the food is almost a binary switch - food today, none tomorrow. This would have a huge impact on the survival of the critters. As their population grows, they come closer and closer to destroying their food source, wiping out the entire population. If their population grows too much, they may wipe out the species entirely.

So, nature installs a switch. The critters are natural introverts; the more time they spend near other similar creatures, the more stress-induced chemicals build up in their brains. As their population booms, more and more critters accumulate chemicals. At first, the chemicals have little effect, but eventually they cause the critters to essentially go insane, their desire to be away from other critters overriding their self-preservation. The critters will begin chasing other creatures in an attempt to drive them away; a stampede of critters begins, sweeping up a large amount of the population, and terminating in the ocean. The more stress chemical acquired, the stronger the desire to chase, and those initiating the chase are most likely to survive.

With a significant portion of the population gone, the rest calm down, and the cycle begins again:

I realize this answer doesn't fit the criteria of followers and leaders, but it is how I imagine "suicide lemmings" would act.

Not the answer you're looking for? Browse other questions tagged science-based mythical-creatures fauna or ask your own question.

9
Could humanesque creatures ever be eusocial?

3
How does an Alien world have Earthlike creatures?
4
Can a race/species survive consuming only liquids?
7
Anthropomorphic flying squirrel, gliding capability
10
Would roleplaying as wacky Nazis help my deities maintain their mental health while they're stuck in a bunker?
8
Anatomically correct Quetzalcoatl
1
Making a Predator For Chompers
6
How Can a Creature With Focus Come to Exist?
0
Core= equals soul= after life is biologically possible
2
Four-legged Flying Animals