We all know that lightsabers are used for cutting/melting through lots of types of materials (with few exceptions).

Now what will happen if lightsaber is dropped into a lake and stays on?
What are long term implications on environment? 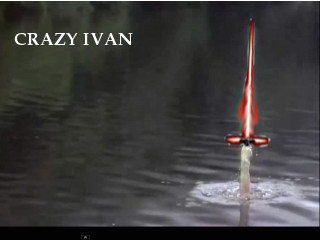 The answer depends a little on the "energy cell" that powers the lightsaber. If it is simply a high-energy-density battery, then we have a limited run-time and energy output. If it is actually a miniature fusion reactor that distils deuterium or something from the environment, then it could run indefinitely.

Assuming that the lightsaber is using a battery and not a reactor, and that it has been dropped into a small lake of about 0.01 cubic kilometre volume (1e10 liters):

Using the online calculator here, and the power estimates the OP referenced in the link: Lightsaber power source and output (28500 watts output), it would take 2075963434 minutes (65 years 286 days 2 hours or so) to raise the temperature of a 15 degree Celsius lake of the aforementioned size to boiling point. Since that is more than the estimated run time of a lightsaber (by the OP's quoted source) by some 65 years 286 days, then the power cell would be exhausted before there was any appreciable increase in the lake's overall temperature. A little water would boil, but there would probably be only a few bubbles visible on the surface at best, and there'd be some convective currents for a couple of hours.

If the lightsaber was to have a reactor as its power source (that just happened to be called an "energy cell") that was environmentally fuelled, then in 65 years or so, the 0.01 cubic kilometre lake would begin to boil, assuming that the water lost no energy to the surrounding environment in the mean time. Since the water will radiate its excess heat from its surface at a rate increasing as its temperature increases, it will probably never reach boiling point in its entirety. Effectively, such a lightsaber would also cause no significant environmental effects. There'd be a continuous thermal current in the lake, and aquatic organisms would stay away if they could.

If the entire volume of this small lake was flashed into steam instantly, then its 0.01 cubic kilometre volume would be a drop in the bucket of an earthlike world's estimated atmospheric water content of 12,900 cubic kilometres. It'd take a truly huge amount of water flashed to steam to make any significant environmental difference, and a lightsaber as described just can't do that, regardless of what's powering it.

TL, DR: the answer is: Locally - Only a small effect. Globally - Nothing noticeable at all.

That's pretty straightforward: no long-term effects. The lightsword will sink to the bottom of the lake. There, it will melt the rock under the blade, and the sword will pivot at the guard until the blade is pointing straight down. Then the melting of the rock under the hilt will allow the sword to sink into the earth, slowly melting its way to the core. The melted rock left in its wake will cool off and solidify. If the sword continues to operate indefinitely it will end up at the center of the core, but its total energy output is so low (on a planetary scale) the it will have no noticeable effect.

Not the answer you're looking for? Browse other questions tagged technology underwater .

3
A World that spans into all directions
8
Is it possible to engineer a sperm whale into a submarine killer?
3
How can I effectively drain Salt Lake and can it be useful?
9
How to explain a mermaid's tail morphing into legs and vice versa?
20
Implications of a Lightsaber on the Middle Ages
6
Lightsaber + Pogostick: How would deceleration work on an extendable "arm" of pure handwavium-energy?
4
Could there be a situation where a plane would be certain to be destroyed by dropping an atomic bomb?
6
Using pre-steam technology how can a large bore tunnel be used to drain a lake from below?
5
Bootstrapping first metals and electricity without help of "easy" fire