Can a star be so distant/isolated that its 'Earth' can't see other stars?

I'm putting together a scenario, where a "Sun" and some debris are flung so distant that 14 billion years after the big bang, it has an "Earth" (and maybe some other minor rocky/icy objects), but no stars are observable to the naked eye.

I know we can't see anything other than our own galaxy with the naked eye, but this would be a galaxy-less "rogue" star. Is this possible - if so, how?

This sort of stuff will happen a lot during galactic collisions. In the gravitational chaos, groups of stars, star-forming gas clouds, or even individual star systems can easily get ejected. Like in @HDE226868's answer, except in my scenario you could also expect the ejection of regular, sun-like stars with high enough metallicity to have rocky planets. 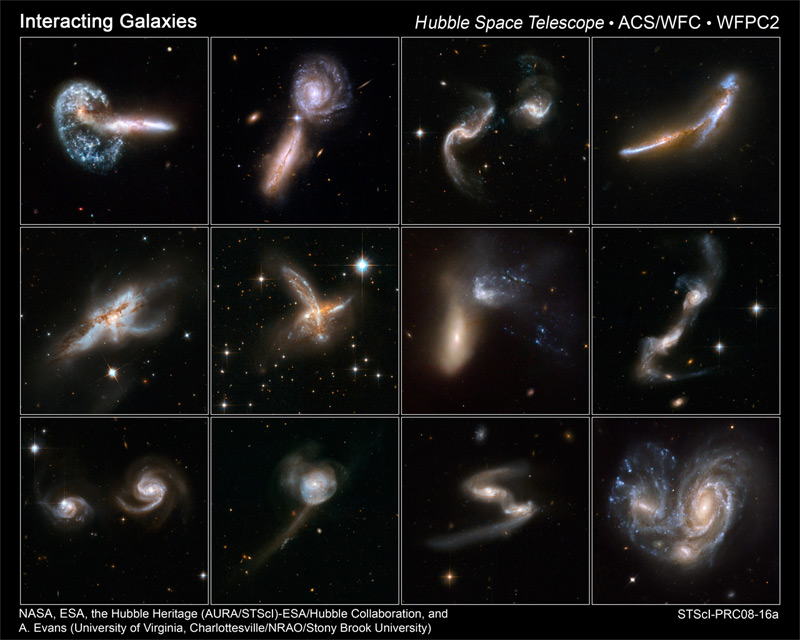 The long tails you see in the picture are streams of stars getting lost into the great intergalactic vacuum. If thrown out in the right direction, such a star could eventually get far away enough from other galaxies that no stars would be visible to a human-level eye.

If this sounds far fetched, think about the fact that our Galaxy and Andromeda are going to collide in a billion years or so.

It's totally possible (sort of)!

Such stars are called - not surprisingly - intergalactic stars. These stars are often referred to as hypervelocity stars, because in order to reach galactic escape velocity, they have to be traveling really quickly.

The current theory is that a pair of binary stars encounters the supermassive black hole at the center of their galaxy. One star goes towards the central black hole, while the other is flung out of the galaxy at an enormous speed.

This graphic details a three-star system encountering the supermassive black hole, but the same setup works just as well with only two stars. Only one will be ejected, not two.

That said, galaxies would still most likely be visible from a planet orbiting the star. Many galaxies can be seen with the naked eye, and this would still be the case for planets outside the galaxy. So it's likely that inhabitants of this planet (if there are any) would still see plenty of galaxies. They'd just be very, very faint, for the most part.

Additionally, we have to deal with the issue of the orbital stability of the material orbiting the planet. Any encounter strong enough to fling the star out of the galaxy might dislodge the debris from its orbit around the star, sending it somewhere completely different. I would think it unlikely for the star to pick up a substantial amount of planet-forming material on its way out, and certainly not outside the galaxy in the intergalactic medium, but its possible.

Building on the comments to the question, since you talk about a rogue star (with a "earth") and objects visible to the naked eye, you have a "simple" option: just put your rogue star about 30/40 million light years away from the nearest object.

Or, for example, you can put it in the so called "supervoid", an existing empty area in space (1.8 billion light years across): this way your earth has about a billion light years in every direction without stars/galaxies, which should be enough to have a dark sky without observable objects, at least to the naked eye.

As you can read in this question on Astronomy at SE, it seems that the furthest object claimed to be visible with the naked eye is M83, at about 15 million light years.

It seems reasonable that any solar system that's wandering around without a galaxy would be in an area that is relatively dark, so the relatively-near galaxies would appear as stars do to us. It's likely that we can't see galaxies unaided because of all the "light pollution" provided by the Milky Way.

Not the answer you're looking for? Browse other questions tagged space stars or ask your own question.

23
Can an alien society believe that their star system is the universe?
33
What are the effects of a planet staying long-term inside of a nebula?
16
What would be the effects of galaxies colliding?

33
Do different star systems experience time differently?
13
How can a Type II civilization influence accretion rates from a debris disk to a passing star?
8
Red giant Habitable zone
8
What stellar number density would two galaxies have to have for another star to collide with the Sun during a galactic merger?
21
Close the door on your way out - Life lit by a blue dwarf star
14
Orbiting one star in a binary system: what are the effects of the second star on the planet?
4
Can two stars be near each other?
6
What are good lower and upper bounds on year length for habitable planets?
16
I come out of hyperdrive as far as possible from any galaxy. How isolated am I and what do I see?