Hamada this place! Plausibility of hamada desert features in a polar region

Hamada: A type of desert landscape consisting of high, largely barren, hard rocky plateaus, with very little sand because this has been removed by deflation. -- From Wikipedia

Desert: A region defined by arid climate, little rainfall and supports only sparse and widely spaced vegetation or no vegetation at all. -- Dictionary.com

Polar Region: Also known as Earth's frigid ones, are the regions surrounding it's geographical poles. These regions are dominated by Earth's ice caps. -- From Wikipedia

In a sleep deprived state, I've managed to place a hamada desert immediately adjacent to a coast in the polar region of my world, as well as a river (opposite the the northern coast, filtering in from the western coast and slightly below the polar region), and a series of mountain ranges. After getting some rest, I've found that I rather like the overall look of this arrangement, but I am wondering as to how plausible this would be. Currently I am using the work of Erwin Raisz (Cartographer best known for his physiographic maps of landforms. March 1st, 1893 - December 1st, 1968) as a reference while I work out the map, attempting to emulate his style and detail.

So, just how plausible is it to have a hamada situated between two glaciated mountain ranges, in a polar region? Are there any real locations that could be used as an example?

This is perfectly plausible. Greenland is cold, and it is relatively mountainous due to the volcanic activity that used to occur there. As long as your area is a cold desert like Antarctica, your geographical structures will not suffer from very much erosion. Your valley could be the result of a colder age when a gigantic glacier covered the area.

Not counting ice as desert.

The most northern desert in North America is Ashcroft, British Columbia 50° 43′ 32″ N, 121° 16′ 50″ W. I think this is the desert closest to a pole. Obviously not counting Antartica but let's say that wind patterns were such that a section of Antarctica was free of ice it would have to be a Hamada right?

I am going to say that I think it is possible but I can not find an earth analogue.

Here is a picture of the San Rafael Swell in the Great Basin high cold desert there is no sand in the picture. Is it a Hamada? 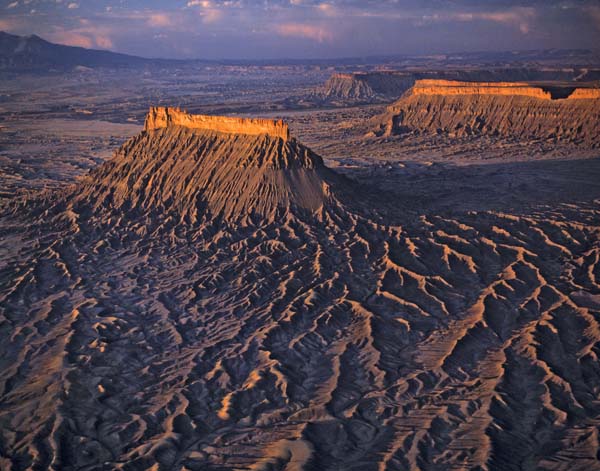 The only way that I can think you could get it is to have a large plateau deep inside Antarctica.

Being deep inside Antarctica, precipitation will be almost zero (air will have been "freeze dried" way before it reaches your plateau).

Being high will mean that most of the snow being carried from the surface of Antarctica will not reach high enough to be transported inside the plateau, and the little snow that is transported will be removed quickly also by the wind (you could have some snow accumulated in depressions and other features that protect the fallen snow from wind, though).

Do you mean an area that looks like this? 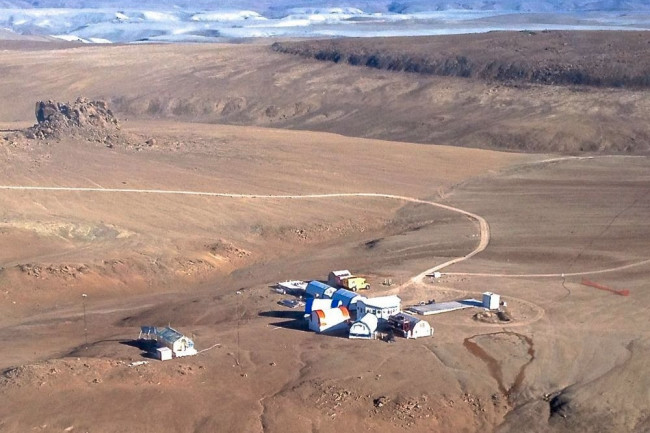 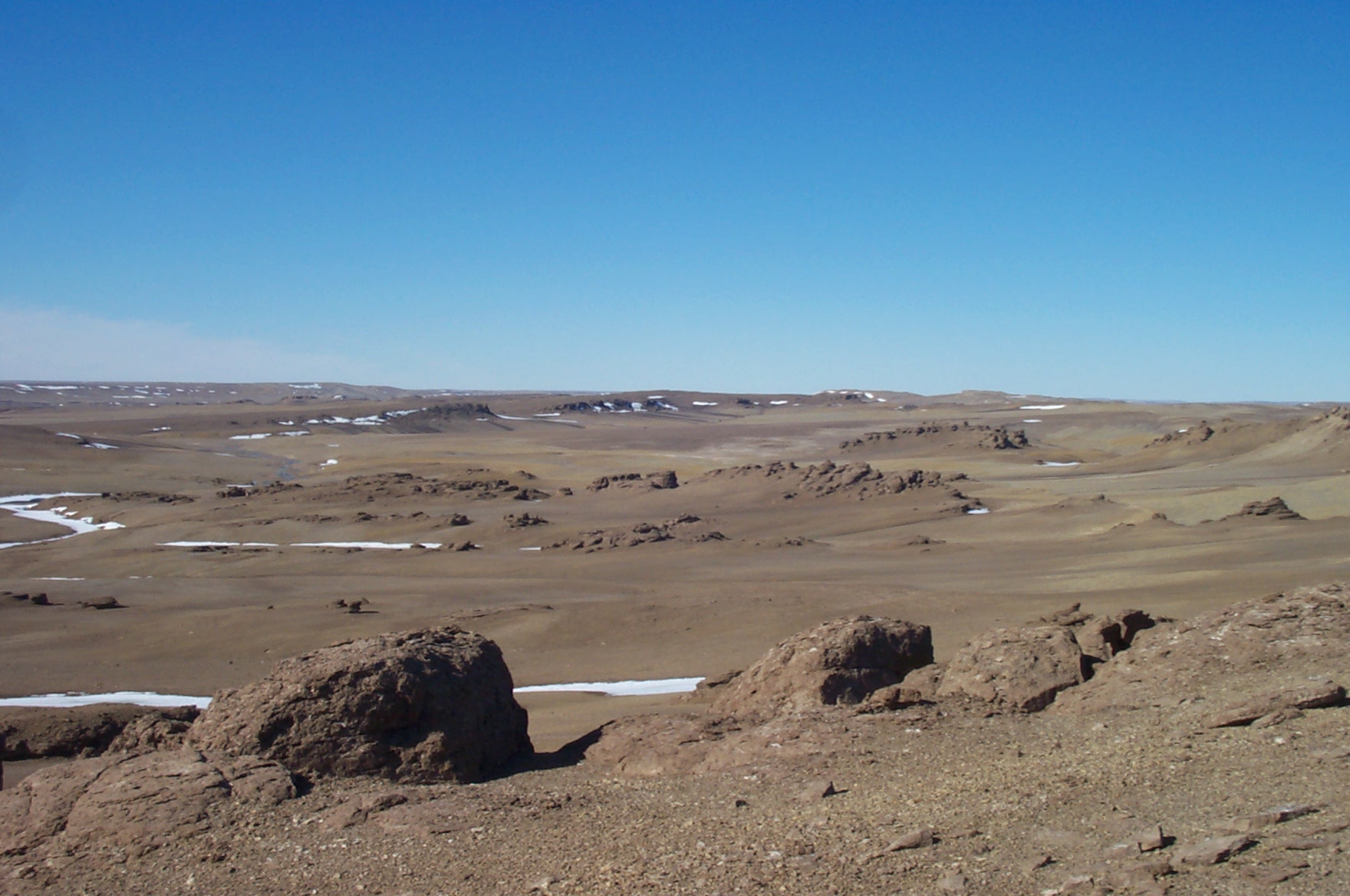 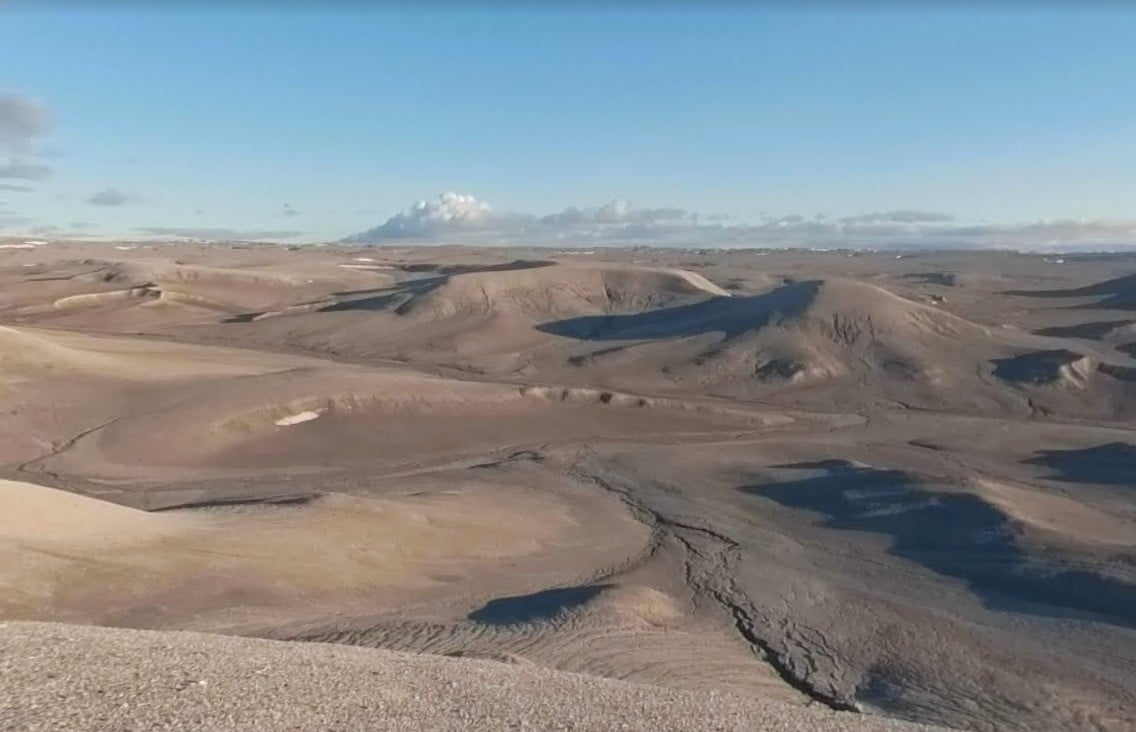 Welcome to Devon Island, the largest (Permanently) uninhabited island on Earth. Perhaps best known to the world because of this: 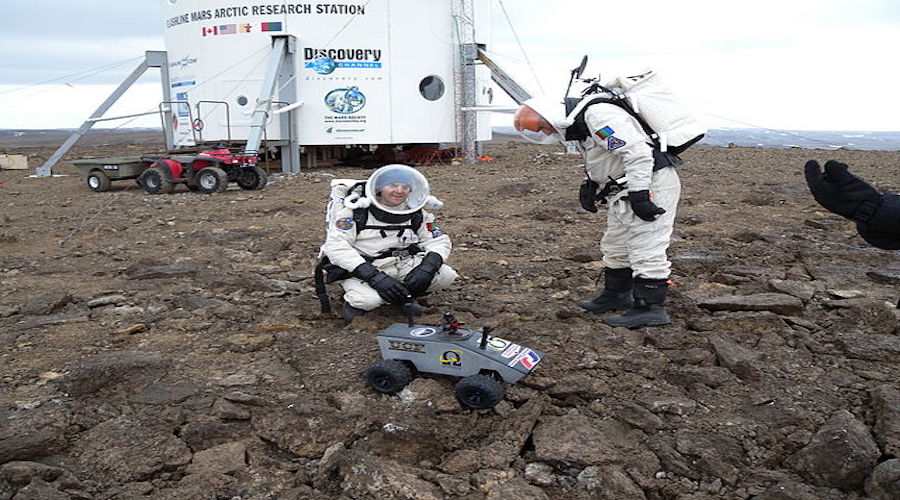 Not the answer you're looking for? Browse other questions tagged reality-check geography deserts polar-region coasts .

14
Is it possible to have hot desert polar regions and an icy equator?
9
Are my deserts accurately positioned?
9
Rocky desert or Sand desert - Which would appear in this scenario?
5
Antarctic Climate on Greenhouse Earth
0
Would this region have a desert?
2
Does my climate map work?
4
Could Volcanism Provide a Large “Heat Oasis” in a Polar Desert?
4
Are the deserts in this continent realistically placed?
2
Is This Realistic Physical Geography for my World?
1
Is This Desert Planet Realistic?