This question is almost exactly like Could plants develop intelligence, but now I wonder (how) could plant life develop sentience, to the point where it becomes as intelligent as humans? Is a brain necessary for sentience?

Even though it's not classified as such, I'll consider fungi as a plant.

If it were ever to happen, I'd put my money on mycelial networks. While not technically plants -- mycelium is the underground form of fungi -- I think its structure has a lot of potential. 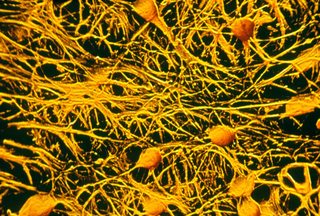 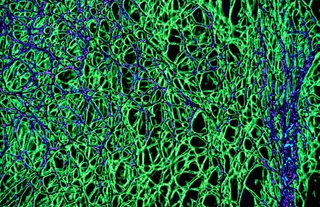 The mycologist Paul Stamets posits that fungi possess a kind of intelligence:

The analogies are striking. Brains and mycelia grow new connections, or prune existing ones, in response to environmental stimuli. Both use an array of chemical messengers to transmit signals throughout a cellular web. (One part of a mycelium, for example, can order another to send nutrients from hundreds of feet away.) The similar structures of fungal and neural networks, Stamets believes, reflect the fact that both systems evolved to do similar jobs — and do them with maximum efficiency.

If you're going with the theory that sentience emerges when a network of sufficient size & complexity is constructed with the proper topology, I would keep an eye on the 3.4 square mile patch of Armillaria solidipes in Oregon -- thought to be one of the largest single organisms on the planet.

Short Answer:
Perhaps, but probably not anywhere on Earth.

Long Answer:
In order to determine whether or not a plant could truly become sentient, we must first examine sentience within the human brain, according to the Triune model. This will involve breaking the brain into the parts:

The reptilian complex
Consists of the brain stem and the base of the brain. It serves to carry out all of the brain's instinctual and system-sustenance functions.
As far as emulation goes, this complex is relatively simple. Much of its job can be replicated by either an advanced, localized chemical-messaging system, or even by a decentralized neural network.
Evolving such a complex isn't too unfeasible either. Many plants, such as the Venus fly trap, have already developed primitive versions of these systems. A plant would be most likely to evolve in this fashion if it had a set of one or more tasks (like closing a trap around a fly) which required the analysis of one or more input factors in order to produce one or more output factors.

The paleomammalian complex
Consists of the limbic system nodes housed mostly within the interior of the brain. This section is responsible for emotion and internal motivation relative to behaviors such as feeding, mating, and parenting.
Emulating this section would get a little tricky, and would require the development of a central nervous system and a brain, though the brain itself would probably be about half the size of that of a mouse. 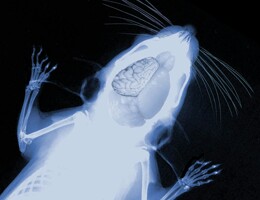 As for evolution, this complex would require a rather unique environment, in which traditional methods of mating (pollination) and/or obtaining resources (photosynthesis) are possible and yet not ideal for survival and continuation of the species. An example of this could be an area frequently shrouded by large, dense, slow-moving clouds, or where there is virtually no wind or pollinating insects present.

The neomammalian complex
Consists of the cerebral neocortex, and is the part of the brain responsible for complex thought including social interaction, language, and modeling of future events.
Emulation of this portion of the brain cannot realistically be achieved without a centralized nervous system. At this point, the brain is at least 50% the size of that of a human brain. In addition, the overall sensory and motor/chemical input and output neural nodes within the plant would have to increase substantially.
In order to evolve such a system, the plants would have to be forced by their environment to perform tasks together, like hunting, gathering, and/or competition over territory, in which communication can be extremely advantageous. If this were the case, there would need to be many of them, likely living in small tribes, in close proximity to each other. They would also need to possess resources, such as water, air (carbon dioxide), and/or sunlight, which would be obtained in a collective effort, and would have to be managed by each tribe as a whole.

Conclusion:
In order for a biological species to develop intelligence, that species must first be presented with an environment that mandates its development of an intelligence model in order for it to survive. Since the survival tactic utilized by plants relies only on the availability of light, water, and carbon dioxide, as well as a gust of wind or two to carry pollen from one plant to another, it would take a rather unique environment to trigger such a deep-rooted (ha ha) developmental process.

Why would a plant need advanced information processing? It only has any effect if it can act on decisions.

Does this mean movement? Or deciding when to grow and in which direction?

Given the fungi example, is there a benefit to higher-level planning in expending resources? That could lead to the development of a brain.

Now among animals, consider a fruit fly. It has a nervous system and can make decisions based on input and provide a complex command and control system for flight. But that's nowhere near intelligent.

Once an ecosystem exists where mostly-sessile autotrophs (plants as we know them) or something distinctly non-animal-like develops brains (to use the term loosely), what would then spur it on to increase its brainpower, and what would preclude it?

Note that your fungi example has nothing to do with plants. Fungi are closer related to us than to any plant! A sponge however is an animal. I think the different/surprising thing you wonder about has to do with "well-defined solid bodies" and "rapid and active movement through the environment". You could invent a category of lifeform that defies animalness as we understand it, and develops brains.

I'd like to think loudly about a possible environment leading to Mycelium developing the need for further planning:

First of all, after what was wrote it seems to be clear, that it is only possible in combination/"communication" with certain other creatures (like plants or other species of mycelia). So which species could encourage the developement of communication?

I was thinking that a scenario where a certain plant A evolves or comes into the area of out mycelium which as a single individual has a profit for the mycelium as their roots are producing a substance against enemys of the mycelium and maybe even providing some nourishment. But as soon as it becomes a colony of three or more individuals at one spot that substance becomes poisonous to the mycelium and it suffers. At the same time that plant A would be slightly benefitting of growing in a colony.

Wouldn't this scenario encourage mycelia which are able to plan strategies of keeping this individual plant A while preventing other seedlings of it around (maybe by providing special growth factors for a competing plant B which is covering the floor around and making it impossible for plant A seedlings to develop)? In the same time there would be an interest for the mycelium to plan another place where an indicidual of plant A could grow.

Given a really large mycelium over several hundred acres which is able to invade the genome of other mycelia to take control and in the same time producing a chance for minor mutations or integration of that original genome. Now if there was a neophyte or neozoon (animal or plant which is not from this ecosystem) which regularly spreads over a place like several hundred square meters until it collapses leaving back a poisonous ground where nothing else can survive including the mycelium until that poison decayed.

Maybe that could encourage the devolopment of countermeasures. Either of fighting that invader or of adapting and including own DNA in that plant to make it compatible. Given a long time and regular occurance of different invaders this might result in a Mycelium which is altering its own environment including other species to fit its own need.

Maybe that wouldn't need sapience or self-awareness but in the long run considering more and more species it might develop into something like the Avatar-Network - no?

I think you first need to answer why they would need intelligence. Plants aren't intelligent (as far as we know) because they don't need to be intelligent. They are brainless and wildly successful. What does intelligence get them?

The first hurdle then is mobility. Mobility leads to options and to exploit, or choose the best options, well that requires an ability to think logically, memory and analytical skills are a plus as well.

The second hurdle is going to be socialization. Several studies indicate that social animals are more intelligent than solitary animals. Successfully navigating the pitfalls of group politics requires an agile mind. Keeping your group alive requires planning, communication and an understanding of time (to take advantage of seasonal foods/migration patterns. If you want intelligent plants then they're most likely going to be social, if not like humans then perhaps like whales or dolphins.

Finally there is tool use. This might not actually be a requirement, but it is perhaps the most obvious indicator of sentience. Dolphins might be incredibly smart but they can't use a screwdriver so there is no obvious indicator of the intelligence. The same for your plants. Of course this could be a story driving element, the slow discovery that they aren't just plants but actually intelligent beings.

Sheraff said this on the other question, but brains are a HUGE waste of oxygen. Plants have an extremely low metabolism, so they would need a different way of becoming sentient or being extremely close to the sun. There was once a theory that certain dinosaurs had multiple brains, and the secondary ones were for activities that required less thinking. Maybe this would be useful for ordinary activities and the primary brain would normally be dormant.

Not the answer you're looking for? Browse other questions tagged evolution flora intelligence science-in-society .

28
How could humans recognize another species as sentient / intelligent?
6
How would an intelligent planet develop the ability to bend space-time?
6
Non-predatory evolution
10
From Mushrooms To Menshrooms
4
predator and prey developing intelligence
6
What would sentient plants be like?
3
How much energy would be needed for a sentient plant species
6
What could cause a race to evolve with their limbs' primary functions reversed?