Maximum travel speed of a teleporter that requires line of sight

Lets say I have a person who can teleport to areas he knows well or has direct line of sight of.

He is trying to travel a long distance without a vehicle of any type. He can teleport as far as he can see, reorient himself, then teleport again to rapidly cover distance.

Assuming it takes about a second to reorient himself between teleports, during which time he is simply walking forward, what travel speed can he realistically manage? For now lets say he is traveling along a road like a highway.

Geometry Man is here to save the day! 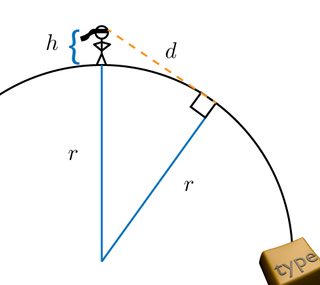 Fig 1. Geometry Man! (Does whatever a geometry can.)

Although your question has sparked a few questions, you did actually specify a simple scenario that I believe makes your question relatively unambiguous:

for now lets say he is traveling along a road like a highway.

$r$ is the radius of the planet. Earth's radius is 6,371,000 m. $h$ is Geometry Man's height—more specifically, how far his eyes are off the ground—probably about 1.6 m. Plug that all in, and you get $d = 4520\,m \approx 4.5\,km$, which is the maximum distance he can teleport over flat ground on an Earth-like planet under ideal conditions.

Given he can teleport once per second, the conversion to a velocity is simple: Geometry Man can travel $d$ every second, so he can go 4520 m/sec, which is about 16272 km/h.

Obviously, this is the ideal top speed using this method. The other answers of "look at a galaxy far far away!" are also interesting (and funny!), however you did specify a "highway" scenario, so hopefully I've given you the essential information here.

Look for the nearest hill, go to the peak, then go to the nearest mountain peak, then the 7-8km horizon distance is irrelevant. From the mountain you can see the whole highway laid out below you and jump to the end. So the answer to your question depends entirely on local topography. (Why would you follow a "highway" if you can teleport, it's like a petrol driven car carrying hay for the horse. As long as you can see the highway from the hill/mountain you can jump to any point along it.)

Is momentum and energy conserved?

See Niven's article in either Playgrounds of the Mind or N-Space where he discusses the various ramifications.

If you go east you arrive with an upward velocity relative to the surface and bounce into the air. Going west you are moving into the ground. Going north or south you arrive moving sideways.

What if your destination is higher than you are? Where does the energy come from? If lower, where does it go?

How much can he take with him? Does he arrive naked? Especially when learning?

If energy is not conserved, Can he step into a lake, and teleport himself and the lake to much higher lake that supplies a mill?

If he's fast can he teleport a large mass of water (or a big rock) above a castle and teleport back?

What happens if there is something there when he arrives? E.g. it's raining? (You suddenly have raindrop sized chunks of you that have twice the density. Any idea how much energy is stored to compress water to twice it's density?)

Is there a thunder clap when he leaves? What about the air when he arrives? Or does he just swap places with a volume at the destination?

If so, can a non teleporter move in the counter direction to a teleporter by standing at his destination?

Suppose it takes longer to 'recharge' between jumps. Is there an advantage to building towers with shock absorbers that will allow him to take longer jumps?

The statistics above assume that the earth is flat which it is not. There are many details that will affect his speed depending on his route.

Not a fully descriptive answer, but if he/she could teleport to a point in the sky, that would have a very cool visual effect.

He's standing on spotX, looks up and pahzwoesh he's 5km up. Then depending if some momentum gets carried with the teleport, he either continues a bit further upwards or fall about 10m, before flashing some distance forward (slightly upward to correct the 1 seconds gravity drops).

The resulting discussions above give him too great a velocity for good storytelling. The process needs limits. I would suggest some combination

A: How clearly must be be able see the destination? If his perception of the destination is fuzzy is he likely to come out in the air, or underground, or with grass running through his legs?

B: Is it like running: A skill that requires endurence and attention to form.

C: Better story if there are risks to using it. What happens if too tired. What happens when two people come in at the same time.

D: Much as with transporter and replicator technology in the StarTrek universe, can someone who can teleport also transmute? Make bread from a stone? Water from sand?

E: In Zenna Henderson's stories of The People, a distinction was made between lifting yourself, lifting living things, and living inanimate objects. Would this sort of thing apply to teleporting. E.g. Can I 'grok' a rock and teleport it to a position over someone's head. Or out from under their feet. Can I move YOU while I stay here?

F: Can less gifted people teleport smaller objects. E.g. teleport a key from the other side of the door to this side?

G: Combined with other gifts: can I fill a water jug from an underground aquifer, if I can sense the water? Can I teleport your heart somewhere else, leaving your body behind? Or teleport a large bubble of air into your veins, or teleport your brain. (Zombie teleporters....)

In one of James Schmidt's stories the heroine is telekinetic -- but her maximum lift is a large paperclip. In one story this gets her a bobby pin to pick handcuffs.

Larry Niven's stories of Gil Hamilton he has lost an arm, but has a psychic arm with the distance limitations of reach of an arm. But he can reach through a 2-way Televiewer.

The fastest possible speed between points would be the speed of light. The time needed to "energize" and reconstitute between jumps is not given, but if we follow the convention of Star Trek of 2-3 seconds for the actual conversion, the speed of light transportation between points and your one second to reorientate, then each "hop" will take 4-5 seconds max, plus whatever fraction of a second needed to travel between points (using the example of Earth, your maximum "line of sight" hop to the horizon is no more than about 5km).

Things are a little more complicated if we take the "line of sight" at face value. The Moon is just a bit over a light second away, so teleporting from your front porch to the Sea of Tranquility will now take from 4-5 seconds (A second to orientate, 2-3 seconds for the mechanics of teleportation and then a second to transit to the Moon; rounding down to keep the numbers simple). Since many of the planets are visible in the night sky, there seems to be no reason you can't beam to Venus or Saturn, although you will now run into some pretty interesting travel times, which could run into hours depending on where the planets are in alignment to each other. (A quick trip to the Sun would take 8 minutes, for example).

You really start running into difficulty if you can extend "line of sight" to the stars. For Alpha Centauri, you will take 2-3 seconds to convert to teleportation mode, and an additional 4 years (126,227,704 seconds) to get there (rounded again). If you plan to take a teleportation trip to the Andromeda Galaxy , pack a lunch, it is 2.5 million light years away....

That depends on the road.

On a long, straight one, extending until the horizon, a few kilometers in one second, some 8000 to 15000 kilometers/second.

On a twisting road, teleport to the furthest visible point, reorient, teleport again, etc. Still faster than most vehicles (100 to 500 m/s).

Longer distances mean less precision: from a 10 km distance or more, it's hard to see the road, and harder to pinpoint the exact place to arrive. Expect errors of tens of meters, just from involuntary eye movements, with potentially catastrophic results (like merging with a tree).

Not the answer you're looking for? Browse other questions tagged magic teleportation or ask your own question.

10
Magic carpet maximum flying speed and height
7
Magic that alters living cells: Speed?
3
How a mage starts his career in a magic system that requires belief from others?
16
How to realistically implement magic-users in medieval warfare?
77
"Slow" teleportation
2
Speed of repeat teleportation
12
Figuring out the Cosmic Compass (Updated)