In a couple of games, you encounter a creature or two that regrows limbs immediately after losing them, not necessarily the same kind or aesthetic of limb. You shoot the creature, it loses an arm, it grows a horrible mutant arm, you shoot it again, it dies.

TLDR: how do you make a creature, or evolve one, to generate new limbs, but automatically and instantaneously, and not necessarily the same type?

Regrowing anything resembling an arm "instantly" is outside all known biological theories. There is no creature on earth which suggests, however remotely, that this is even a possibility within the evolutionary structures found on earth. As a reality check, growing a limb is impossible. It's simply too hard to do it fast. The timeline is off by 4 or 5 orders of magnitude at least.

As a creature design, what if the creature already had the limb pre-grown inside of it, and it simply erupts when it is needed. This is exactly how the human body develops permanent teeth as a child while it continues to use the baby teeth. The teeth are developed inside the jaw, and they only erupt when needed. Also, this satisfies the need for the limbs to be of different types -- it would be easy to have different morphologies for the two limbs 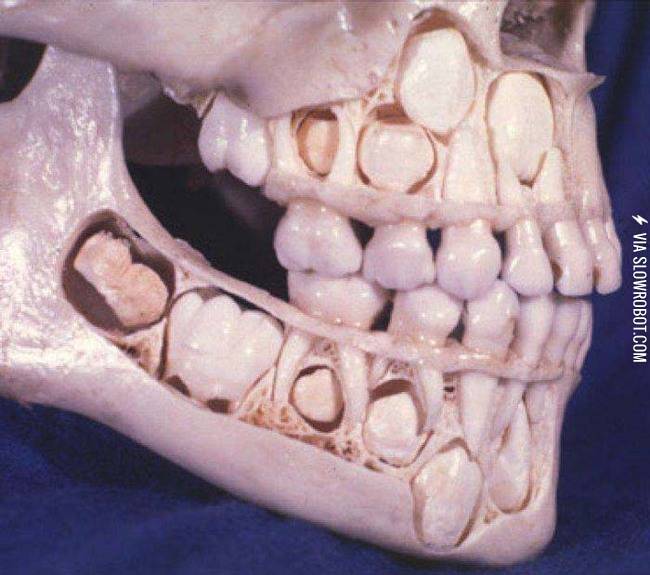 Did you see the recent spider-man movie? He fights an evil scientist-turned-lizard and he has the ability to regrow limbs at an astonishing rate. However, he suffers no consequences for doing so.

This is, of course, preposterous.

Consider that when you regrow a limb the mass of said limb has to come from somewhere. What are you sacrificing in order to regenerate that tissue? Muscle mass? Fat deposits? Secondary organs?

For a limb to grow that quickly your body would probably go into some kind of shock, as it is being deprived of all of its energy deposits in only a few seconds. It would be incredibly traumatic.

Even growing it over time would take a toll on your system. You'd probably be very tired, eat a lot more, not be able to maintain/gain, or even lose, muscle mass, etc.

Furthermore, how powerful would that limb be? Would it have the musculature of your existing arms/leg? Probably not. It would be incredibly weak, and vulnerable, and in need of therapy to use as your uninjured one.

if your metabolism is capable of accomplishing this feat, how else might your organism be impacted?

How would your immune system react to viruses, or bacteria? Would you ever catch a cold, or get an infection?

Would you need to build up massive deposits of fat "just in case" you suffer an injury? Could your body trying to grow a lost limb potentially exhaust you to the point of entering a coma, or even killing you, if you don't have the resources in your body to provide the "building blocks" for said limb?

Look at the problem from the other direction, how fast can cells grow and divide? Optimizing for the fastest growing eukaryote cells under artificial conditions, the research obtained a cell cycle rate or 52 minutes much below that reported to date by any other eukaryote. I.e., to manage a single cell division, you need about 52 minutes or more. To regrow a limb you would need at a minimum, many thousands of cycles of cell divisions.

There can be no biological method to regrow a limb in a very short time period.

Is there any possible non-magical alternative? Only 1 I could envision is that if the replacement limb were already fully grown and kept in reserve ready to "spring into place" as a replacement. Note that such a reserve limb could not have any bones. There is still a problem though, to what internal structures could such a limb be attached? It could not reuse the structure of the first arm as it would take time to attach to the old stump, it would in fact have to have its own blood vessels, etc. i.e., a complete duplicate limb that would emerge nearly in the same location as the old limb.

Needless to say, this is both impractical as well as inconceivable that this would not be an advantage to a creature unless the creature's limb detachment itself is designed to be an advantage (such as the gecko's tail to aid escape). Instant regrowth is not a necessary part of the escape strategy

Not the answer you're looking for? Browse other questions tagged reality-check evolution creature-design shapeshifters or ask your own question.

47
If accelerated natural healing were to occur, what would happen to the human body?
28
Hydra regeneration explained with science

3
Evolving another pair of limbs?
3
How serious would a threat need to be for bombing
10
Preventing the instantly lethal zombie bite
9
Vertebrate-like creatures with more than four limbs
19
Could an Apex Predator grow into an intelligent society?
6
Growing new teeth, Plausible?
9
Asymmetrical Limbs
3
Secondarily Plantigrade Limbs
5
Digestive System Within Limbs