Let us assume that the ancestor of the first animal of the Homo genus (Homo Erectus) was transported to what would now be Moscow. They should be hairy enough to survive(unless they already have clothes) and there is no shortage of food. If they were allowed to continue evolving, what would they look like modern day?

Given that Russia is (generally) much colder that Africa, the middle East and Europe, and in addition to the continental climate, is also generally flat (Steppe and Taiga environments), I would suggest that the people who evolved to adapt to the environment would resemble the Neanderthals. (Strictly speaking, they would be the people we call the Denisovans, but since aside form a a few bones and teeth and recovered DNA we have no physical evidence of what they looked like or how they lived, we can only make some inferences).

Neanderthals made some adaptations to survive the Ice Age environment in Europe, which included a subtly modified body plan with shorter limbs and a stocky torso to change the surface to volume ratio in favour of a smaller surface in order to minimize heat loss. The Neanderthal face is also different, emphasizing the nose and sinus in order to provide warmed and moistened air into the lungs in a very cold and dry environment. The Denisovans are likely to have made some similar adaptations in order to survive the more extreme environments of central Asia.

These adaptations suggest that Neanderthals were stronger than our Ancestors, and their reconstructed lifestyle also suggests this as well, since Neanderthals apparently hunted and consumed Ice Age megafauna by attacking them at close range with thrusting spears, while the Ancestors preferred to hunt smaller game with ranged weapons like throwing spears (propelled by atlatl for extra range and power), bows and arrows or nets. The Ancestors also apparently foraged for a wider range of plants and animals than the Neanderthals.

The primary difference between the Ancestors and the Neanderthal (and possibly the Denisovans) seems to lie in the ability of the Ancestors to live and work in larger groups than other hominids. The Neanderthals seem to have been in smaller clan and tribal groups than the Ancestors, which means that even a single death or incapacitation could seriously affect a Neanderthal band by depriving it of manpower and skill sets in a very harsh and unforgiving environment. The reason for this is poorly understood (Neanderthals had brains as large as or slightly larger than our own, evidently they were wired differently), but evidently the Ancestors could interact, trade and even interbreed with both the Neanderthals and Denisovans, since their DNA is still present in our own.

Without competition from the Ancestors, and if their brain wiring changed a bit to allow for more social interaction, then I suspect that a Neanderthal like hominid could have evolved in the Russian environment and modern Hominids would then resemble Neanderthals. 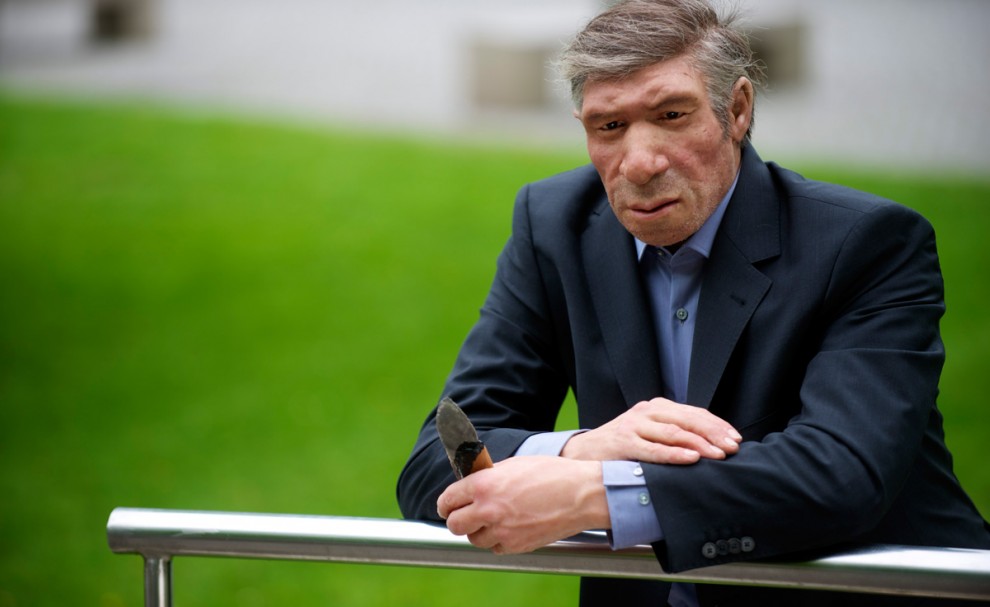 According to one website - they lived between 1.89 million and 143,000 years ago. Is that long enough to turn out much differently than how they did?

Another species, which is yet to be confirmed as a hominid, has been dated at 6 million years old. Scientists estimate that the hominid lineage diverged from the ape lineage 5 to 8 million years ago. Homo sapiens, the species to which we belong, has existed for about 100,000 years.

Another concern is whether they would survive at all.

The first link above states that Homo Erectus had lived in:

Current day Russia happens to take up a very large portion of Asia. Had they been capable of surviving that far north, wouldn't they have spread there as well?

If not, the species simply dies (and reality-check might suggest this is the answer you're looking for), but lets suspend some disbelief and say they do survive by adapting.

Jump to the assumption that Homo Erectus became Homo Sapien, are we the evolution which was eventually capable of surviving in Russia? It would appear so, since we live there.

So wouldn't Homo Erectus just evolve the same way they actually did, into Homo Sapiens - assuming they survived? Even if it happens a little more quickly.

To prove otherwise, would be to prove the conditions that created Homo Sapiens were not also in Russia. Since there is so much we don't know about their and our species at the time of their disappearance, and the time of our birth, I think this question is very difficult to answer in a factual manner, because we don't know.

My gut opinion is that most likely, they would not survive. And if they somehow were able too, I don't think they would turn out to be much different from us today.

Not the answer you're looking for? Browse other questions tagged science-based reality-check humans evolution alternate-worlds or ask your own question.

11
How would human society develop if humans had gills?
20
Repopulating the world from a single couple - what would it really be like?
6
How would aquatic sapience evolve?
3
Can humans be trained to live in extremely low pressure?
10
What would humans look like if their evolution had been slower?
6
Species and Race diversity and names
2
rules and regulations related to animal welfare and exploitation will change radically
17
What would an asteroid base look like and how would it operate?
6
Post nuclear apocalypse fauna
4
Is a Medieval Post-Scarcity Society Possible on an alien world?