I've had a great idea to leap over the giant boundary of respiration when making giant insects.The largest problem is that insects rely on diffusion through exterior holes (spiracles) to breathe, and the amount of diffusion relies on surface area, so a large insect wouldn't be able to move enough oxygen around its body because the volume of its interior mass would be much larger than surface area, and oxygen would need to travel further into the insect.(This is why the largest insects like meganeura had long, thin, tube-like bodies)

My idea is that since lungs (internal respiration) evolved from the gills of fish (external), perhaps the gills of aquatic nymphs like dragonfly larvae could evolve in much the same way.

As I've tagged, I'm looking for a reality check, as my knowledge of the movement from gills to lungs is not very sound. My question comes in two parts:

Edit: To clarify, I know that a new circulatory system would be needed along with the lungs, but that's a topic for a different question.

Also, I had another idea for the development of lungs or equivalent from the book-lungs of arachnids, so if you like you can touch on that in your answer. 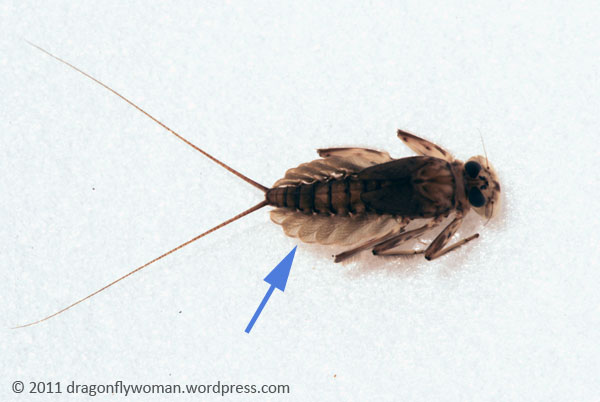 Diffusion of O into the hemolymph it's only part of the issue. They would also need a heart or equivalent, our they'd need ingress into their tissues, or both.

That said, there are options:

Various plates around the insect could have gaps a flex to act as pumps. This could increase exchange with the atmosphere, but could also account for some circulation to tissues.

They could have exchanges at reasonable intervals along their bodies. These would tend towards vulnerability. (Clogging, infection, and gaps in armor.)

They could have actual hearts and lungs.

The environment could be a better exchange medium than our air.

Bucal breathing is simpler than what we have, and far niftier than insects'. It might be a good topic to check out to get a feel for the spectrum in reality.

Not the answer you're looking for? Browse other questions tagged reality-check biology evolution insectoid or ask your own question.

7
Can insects evolve their basic anatomy to grow in size?

5
Is this insectoid species realistic?
7
Could a planet larger than earth with half the gravity have a denser atmosphere?
6
Is it plausible that current insects will evolve sapience?
33
How would giant, secluded, underground-cave-dwelling insects get enough food?
10
Could a deep ocean creature use some kind of bacteria in its body as a way to generate oxygen?
9
Where would the best cuts of meat be on a giant insect?
13
Maintaining realism while having giant insects?
2
can Elf be in family with Fairies and Angels?(updated)
7
Artificial Gills: Electrolysis for gills?