Can you simply scale up animals?

There have been a number of questions focusing on mythical creatures where the logical approach to answering has been to scale up an existing animal. For example dragon's wings can be extrapolated from other flying animals or the speed of an insectoid creature from insects in our world.

However evolution has proved that animals do not simply scale up and down, mammals do not grow beyond a certain size unless they live exclusively in the oceans. Insects do not grow to several metres in length.

I believe that other ratios come into play such as power/weight and volume/skin surface area when it comes to whether creatures could continue to survive, move/fly and stay warm/cool at a larger scale.

Am I right? Is it an over simplification to say "A bird with a length of A has a wingspan of B therefore a dragon which is C long will need to have a wingspan of D"? What other factors come into play when scaling up real creates to simulate new ones?

You can scale them up to a certain extent, but there are a lot of limiting factors.

The main thing is increasing weight - bone and flesh and sinew and muscles no matter how thick are only able to cope with a limited amount of weight. Eventually the creature just cannot support itself against gravity.

This is one reason very large animals tend to be aquatic, the support from water reduces these problems.

This is compounded by problems of scale though. If you double the size of an animal then the following things happen:

This is known as the Square-Cube Law.

Up to a certain size you can compensate for this by proportionally making the bones thicker, the muscles stronger, the legs shorter. For example compare the proportions of an elephant and a horse. Look at how much thicker the legs are on an elephant. 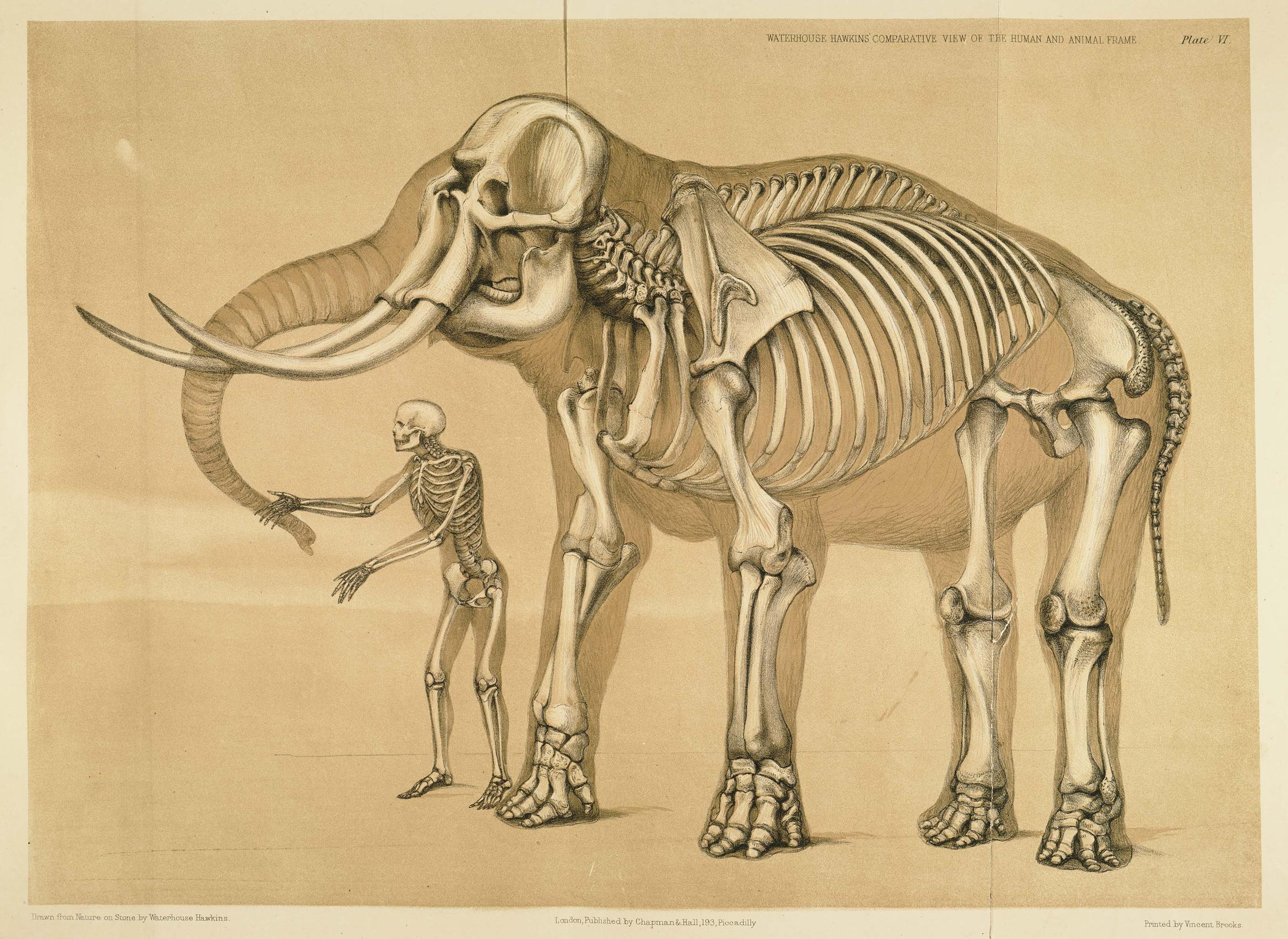 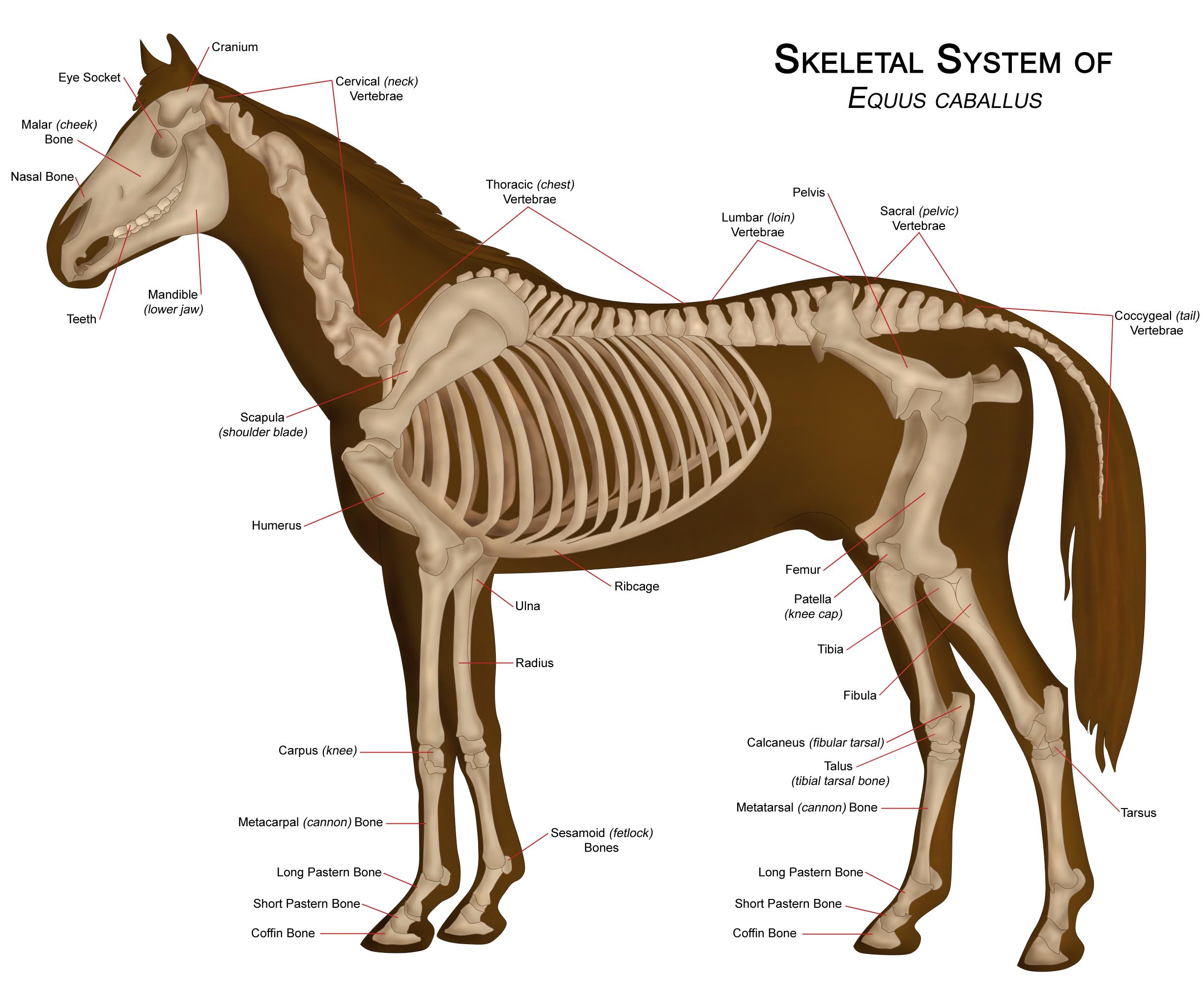 After a certain scale you just can't do that any more, so you need to increase the strength of the material used to make bones - which would have other evolutionary costs and is still limited - or fundamentally change the design of the creature. For example multiple legs on a long and thin body would support the weight, but raises the question of what the long and thin body is for. Is there any evolutionary advantage to dragging and supporting all that extra body around? Unless such an advantage was found then the creatures would never grow longer than they need to.

As animals grow larger it becomes harder and harder to pump blood around and get it where it needs to be. The heart has to grow larger and work harder or you would need to have and synchronize multiple hearts.

Giraffes for example both have twice our blood pressure and have special muscles in their necks to keep blood flowing to the brain. This allows them to stay conscious even when they put their head to the ground to drink then raise it into a tree to feed.

It takes time for signals to travel along nerves, the very fastest send signals at 250mph but most are much slower. If an animal grows too large there will be a substantial time lag between stimulus and response. Either that or you need localized decision centers and at that point you need to start deciding whether you still have one creature with multiple brains and hearts or a colony of separate but inter-dependent creatures.

Another consequence of the Squre-Cubed Law is heating. The largest mammals have large ears and need to rest or get into water often to avoid overheating, while the smallest mammals have to almost constantly eat and move to keep their body temperature from dropping too low. This is because the surface area of the body which loses heat is increasing based on the square of the size, while the volume of the body which is generating heat is increasing based on the cube of the size.

To add to Tim B's answer, rather than to compete with it:

Dragonflies were able to have a much bigger wingspan 300 million years ago (thanks to a much higher oxygen content in the atmosphere, plus warm as today in the equator), animals can actually be scaled quite a bit up.

In this case the limiting factors were feeding the organism enough oxygen to sustain itself, and provide it with enough heat to keep up its functions.

But the scaling up reached its limits here in the oxygenation of the tissue (though the free oxygen was multiple times higher than now), just as the growth of mobile organisms is limited by gravity and the ability of a pump (heart) to distribute enough oxygen in the biomatter for it to stay alive.

If a giant was to exist, it would die from the fact that its heart, rushing to pump blood to its head, would burst trying to stem against the pull of the planet. Only on a planet with weaker gravity could such gigantisms be observed.

I would suggest taking the appearances defining the creature and model it on a creature of the size you are looking for.
For example if you were taking a husky and scaling it up to the size of a horse, take the horses proportions and then change what you need to, (tracing paper works well here) shortening the neck, changing the tail...and so on.
Before everyone rants at me for not being scientific, this works as a basis and a broad overview.

Not the answer you're looking for? Browse other questions tagged science-based biology creature-design evolution scaling .

3
Possibility of a world inhabited by giant creatures and plants
4
Would fantasy giants be possible due to the square-cube law?
0
What if peregrine falcons, albatross, and hummingbirds were all human-sized?
193
How could dragons be explained without magic?
32
How big could a living thing be?
26
Could mollusks become extremely large?
49
How early was the Earth liveable for today's humans?
11
How would I go about permanently increasing a human's speed, strength, and stamina?
20
What would be the tallest possible height for humanlike creatures in earthlike conditions?
29
Physical speed of insectoid lifeforms
See more linked questions

6
Biological and ecological considerations for a giant worm
8
Anthro Animals to Scale
14
Building a Giant Spider
10
How large could my sea serpents be?
6
We Have Successfully Established Plants and Insects on Mars. How Long Will It Take Them to Colonize the Entire Planet?
2
Mega fauna and flora on a super earth
5
The square-cube law's progressive changes to biological creatures as they grow in size?
19
Would an evolutionary predecessor for winged quadrupeds start with four legs and gain wings? Or start with two legs and wings and gain extra legs?
6
Would pleopod swimming scale?