I really do not want to do this however after watching Bruce Banner(Marvel Comics) transforms into the incredible Hulk and then revert back to a man form after a while much like a puffer fish ballooning itself to scare off potential predator, I become obsessed to unveil the tricks behind Count Dracula transformation into a bat and vice versa.

Doctor Banner miraculously avoided being pulverized by gamma radiation which is lethal to almost every living organism ever existed on Earth, the side effect is that he flew into rage easily and gains almost infinite strength that allows him to bench press probably even a super massive stellar black hole for warm-up if I'm the editor. (I call this version "Indominus Hulk" when his bones is replaced by adamantium skeleton fused with all Infinity Gems centrifuge.)

Back to Count Dracula's ability to transform into a bat, I need something that can explain the sudden change in body mass when switching between the bat and man forms. Perhaps Count Dracula in his bat form introduce special kind of chemical to dissolve the internal organs and muscle tissues of its victim before sucking them dry, the body instantly store all excess calories as fat and hence that explain its human form which is still problematic.

The more I think about it, the more I'm convinced that the figure of Count Dracula is a fake. I'm quite certain that we're dealing with a new species of vampire bat. One that likes human blood (coming from certain humans).

To have a better chance at getting what it desires, it has developed a way to move about undetected amongst us. It does this by causing hallucinations in those who hear its ultrasonic cries.

This has the advantage that when it's time to flee it can drop the hallucination, which temporarily confuses the pursuing party and thus gives our bat a chance to escape unscathed.

Why can a vampire change from a man-form to a bat-form?

Let's draw inspiration from the mimic octopus. It is not a lion fish, a flounder, a sea snake, nor a jelly fish. But it can imitate those things sufficiently to fool predator and prey. So perhaps a vampire is neither a man nor a bat, but some creature that can imitate each enough to fool superstitious Carpathian villagers. (Ok, so there is no such creature that doesn't live in the ocean- but this is fiction, right?)

Why does a vampire drink blood and hate sunlight and so on?

It has rabies. The virus that causes rabies has mutated within this creature, to the extent that when infected, it displays the behaviors stereotypical of vampires. This mutation has also made the virus far more virulent, ensuring an epidemic encompassing almost the entire vampire population.

Let's give this vampire the ability to cut loose molecules of his own body, but capture their binding energy (vampires are not known for giving up anything they can keep hold of). Perhaps the magical locket around his neck strongly resembles a Rodin coil. Rodin coils are theorized by their designer to be able to tap into zero point energy, but at the very least we can give them credit for high efficiency resonance which we can use to store energy. 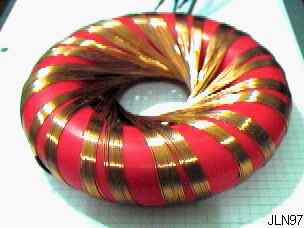 So now the vampire can dismiss mass. He should also be able to regain it on the other side. He'll have to consume a bunch of gas to make this so. This might explain why, when Dracula enters the room, the wind rustles through the windows. Of course, not everything can be gathered from air molecules, but a sizable portion of our mass can. The remainder may be why he needs the bat form in the first place... it's rich in some of the trace materials we rely on to build ourselves up. He can do this using the electromagnetic energy stored in his locket.

Of course, there's a lot of information in a human body. It's brutally difficult to construct one from particles like a 3-d printer because the body isn't quiescent. Molecules are constantly moving around in the body, so building one up from particles is simply unreasonable. But guess what... vampires aren't alive. In exchange for the loss of a beating heart, a vampire's body is now a dead walking corpse, with a lot less information content and total quiescence because nothing is living! No human could ever accomplish this man to bat to man feat, but a living dead vampire could!

Reality check? Maybe. I had to invoke an "alternative physics" developer's invention, 3d printing of bodies, and a body that's literally "on the wind." But you never know.

I could see a creature with an Ant-Man or Wasp - style suit or capability to decrease the size, becoming more dense when it transforms. This could be a biological creature or a collection of microbots that can shift forms... or some combination of both.

Not the answer you're looking for? Browse other questions tagged reality-check creature-design vampires or ask your own question.

63
Is there a credible way a shapeshifter could gain/lose body mass when changing forms?
2
How could Kuutamian animals work?

4
What would be the biology of a vampire?
11
How could a vampire pathogen operate in hard science fiction?
5
How can I explain that my human vampire developed venom?
14
Where would a vampire-like creature get its energy from?
3
How can I find what vampire weaknesses are real without putting myself in danger?
7
Vampire vision comparable or superior to human vision at night
9
How to protect a organization from mindcontroling vampire