Effect on our climate if gravity got lowered by alien tech

A few years from now, say 2025 or thereabouts, a technologically advanced alien civilization discovers our solar system.
They study us for over a year, using small drones that launch from a vessel in orbit around the moon.
We never get to see the aliens. We just see the drones. They don't interfere with us at all. They don't try to communicate with us.

Then the drones withdraw to the mother-ship and it breaks orbit leaving the solar system. On its way out the aliens send 1 radio-message over a wide range of frequencies. It is the same message, repeated in about 20 of the most important languages of Earth:

"Thank you for allowing us to study your civilization. Your species has potential to become a member of the interstellar community, but isn't quite there yet. So we leave you to evolve further. When you have developed interstellar travel please come visit us. Our nearest base is in the system you know as Wolf 358. We leave you a gift. Make good use of it. Farewell."

Of course everybody on Earth is puzzled about the "gift". It becomes clear 3 days later.
Gradually over a 5 day period the gravity worldwide lowers to 80% of our original gravity and it stays at that lower level afterwards.

However... When you go up into the upper layer of the Stratosphere between 50 and 60 km above sea-level gravity gradually goes back to normal. Above 60 km normal gravity is in place.
Satellites in orbit don't notice any chance. The Moon's orbit is not affected. For all intents and purposes the Earth mass hasn't changed at all.

Obviously the change in gravity will cause all sorts of havoc to equipment that, one way or another, relies on the old value of gravity for it's operation. (I may post a separate question about that, now I think of it.)

What I really want to know is how this gravity change will interact with the weather/climate on global scale.
Are we in for extreme global warming ? Just the opposite: Snowball Earth ?
Or something entirely else ?

I can image that such a drastic change in gravity might cause stability issues with the Earths crust resulting in heavy tectonic activity, which in turn may have a big effect on climate too. Feel free to include that part in you answer.

Your aliens changed the gradient of gravity. This is/was impossible per Newton's "shell theorem" that says that a spherical body affects external objects as if all of its mass is concentrated at its center. This is pure geometry, nothing to do with the gravitational constant or mass of Earth. If the aliens are so advanced that they can change the fundamentals, why would they need drones and spaceships? They could be at any point in this or any other world at any moment.

What a reasonably advanced alien civilization could try and do is redistribute mass inside the Earth, so that the gravity gets lower on the continents and higher in the oceans. In this case, the gravity converges back to to normal at higher altitude, so that there is no effect on satellites and celestial bodies. Tiny local gravity anomalies of this kind exist on Earth. Aliens obviously can make them stronger and systematic. And I think I understand the aliens' logic: they want to provide palliative care to earthlings suffering from the pandemic of obesity. :)

I can only think of beneficial effects on climate:

Completely ignoring questions of feasibility, the answer to what would happen at the surface we already have a formula for, the https://en.wikipedia.org/wiki/Barometric_formula :

g is changed here, to 0.8 earth's normal g, so as such, the surface pressure changes. Pressure would go down, and as such, all the effects of that would happen. The gravity suddenly changing at the stratosphere would cause a bit of a problem, though. You'd have a point where above it, gravity is higher, and below it, gravity is lighter. Air would naturally move towards this point. You'd likely have a cloud layer form here, since water would be more likely trapped here. This would also play hell with weather balloons, trying to measure soundings, and spacecraft launches. But regardless.

From a pure pressure standpoint, surface pressure would go down, as would all pressure above that up until the break point. This would make the air harder to breathe for a lot of people, and would generally cool things down a bit. The "air trap" in the stratosphere would possibly increase temperatures globally, however, temperature goes up and down as you go up in the atmosphere: 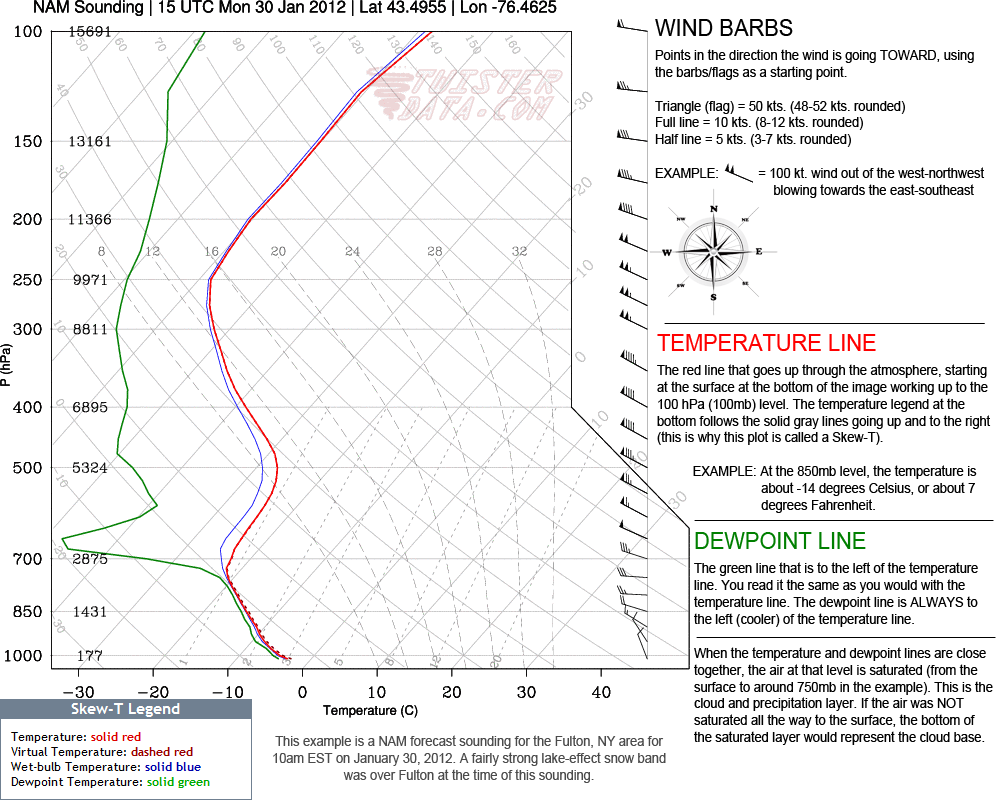 tl;dr: this would cause a pressure nightmare for atmospheric scientists in the stratosphere.

However... When you go up into the upper layer of the Stratosphere between 50 and 60 km above sea-level gravity gradually goes back to normal. Above 60 km normal gravity is in place.

THAT is impossible. Quite apart from the fact that lowering the constant of gravity being impossible as far as we know, having it have a discontinuity would be even more impossible.

But forget about that. If gravity goes down, the atmosphere becomes less dense. Which would have a big effect on winds, oxygen levels (thus plant growth, animal life, etc. etc.). Temperatures would go down, further hurting plant and animal life, which likely has even greater negative effects as it would mean more desert style areas.

Not the answer you're looking for? Browse other questions tagged climate gravity or ask your own question.

15
What effect would a radical gravity change have on plants and fungus?

31
What computational resources would work for a 550-year climate forecast of our earth?
4
How to build a planet
4
Would the gravitational waves from a binary black hole system make a feasible weapon?
1
Change climate by moving orbit
4
How extreme can I make an altered solar cycle without destroying an inhabited world?
6
Ecological implications of osmotic portals
1
How long would a planet that losses its gravity take to break up?
17
Is there any realistic explanation for Earth-like climate on a Sun-sized planet?