We currently have jet engine in flighter jet, space shuttle, some race cars but nothing underwater where breaking sound barrier(air) is concerned. I'm imagining in near future many manned electric or diesel subs perhaps nuclear sub can traveling at near 300km/h underwater using jet propulsion method or is it too much to ask for?

Are you aware of supercavitation? Currently that is used for torpedoes, not subs, but that might change in a couple of decades.

BTW, diesel submarines are actually diesel-electric. They use diesel on the surface or at snorkling depth to recharge their batteries. Pure electric subs tend to be short-range research or DSRV designs.

Jet engines need air, which is in limited supply under water. Rockets carry their own oxidizing agents, but what good would a submarine be with a burn time of 10 minutes?

More importantly, you would lose the most vital advantage of a submarine: Stealth.

A future submarine jetting along at 300 km/h could probably be heard thousands of kilometers away from the cavitation it causes behind itself. In addition, it will create a big bow wave above itself that can be seen by satellites even if it's a hundred meters below the surface.

Once detected, a submarine is doomed. It cannot beat the speed of future surface vessels, let alone airplanes. Even if the submarine stops and tries to hide, the opponent only needs to drop some future drone torpedoes into the water. They can float around undetected and as soon as the submarine turns on its engine again, they pick it up and destroy it.

Most people don't realize that jet propulsion has been around since the ancient Greeks.

At around 400 BC, the Greeks created the above contraption and demonstrated that the expulsion of fluids (in this case gases) could be used as a form of propulsion.

By comparison the development of water jets as a means of pushing ships around is a relatively new development. 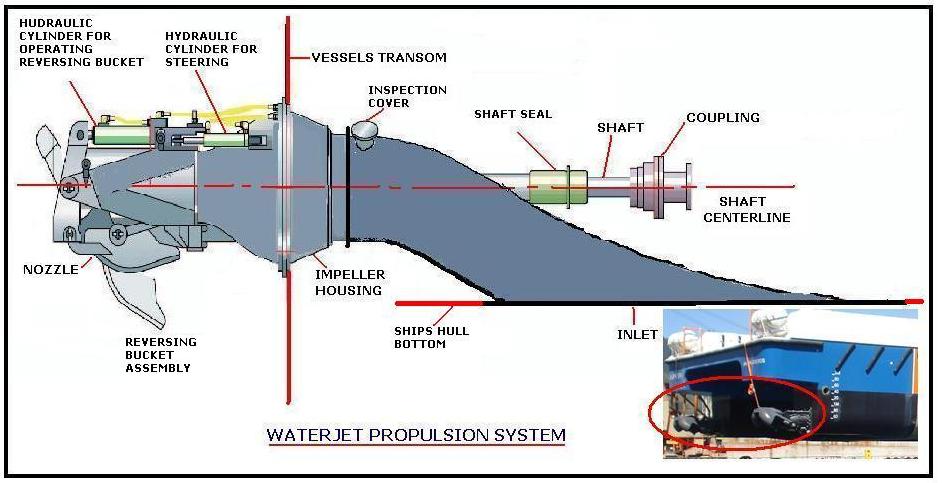 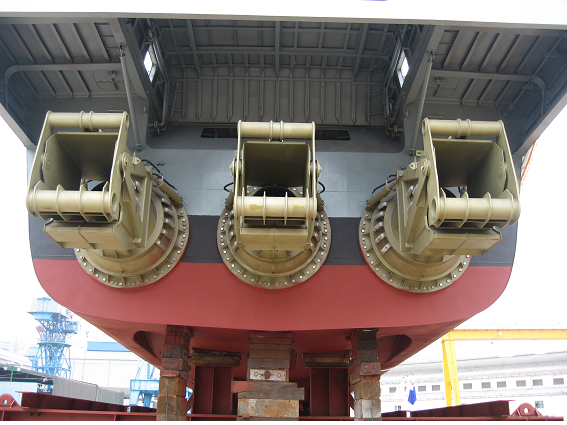 Top speeds for current era (CE) ships using water jets as their propulsion is typically in the 30-60 knot range (far short of the desired 300 km/hour).

The energy costs for moving through water are drastically higher than through air. Thus, for the idea, you need to posit an amazing increase in available energy without a huge increase in mass for anything like this to be feasible.

Near-future would need one heck of an amazing breakthrough in energy production (or at least storage and cost) technology before this could happen.

it's certainly technically possible to have impeller driven water jets and other means to pump water through a pipe exist.
The idea was floated (no pun intended) in Tom Clancy's Hunt for the Red October, and I see no reason why something like that submarine could not be built.
But it won't be fast. While small craft using such systems can reach high speeds, it's a matter of diminishing returns. As the tubes get wider and longer they become less efficient, thus a larger craft has less benefit from them as compared to a smaller one.
In Clancy's novel the system was designed to allow the sub to travel extremely quietly at low speed, for high speed travel the propellors were engaged.

Not the answer you're looking for? Browse other questions tagged reality-check technological-development underwater .

5
Will politics be able to update with the future technology?
7
Does mermaid evolution come with buoyancy control?
155
If time travel is possible in the future, no matter how distant, why haven't they come back to tell us?
3
alternate future with vacuum tube transport systems
7
The Giant Roc and Pulse Jet propulsion
2
Landing on a new planet in Earth's near future, how long before they can reproduce the technology they came with?
14
Why would mechs be used in underwater combat but not on land?
8
Hand-to-Hand Combat with Exoskeletons