This is a direct follow up to my last question: How/could a legal system whose punishments were based off of "level of certainty" that crime occured function?

I suggested that a jury can decide to what burden of proof level the prosecution has made the case, if any, and the potential punishment for the crime would depend on the burden reached by the prosecution, the more confident they are of the crime the higher the maximum punishment.

I wrote the following as a sample list of 'levels' that the prosecution can be found to have met:

Any comments about the actual premise can be added to the linked question, this is just trying to get a good definition of different levels of burden that could be used in the world.

I also need cleaner terminology for the world, a quick clean way of specifying what the various levels are and referencing what level was met. By that I mean what is the cleanest & quickest way to say that Bob was "found guilty of assault with a burden of proof equal to the second level", it would presumably be something that is said quickly, since every felony conviction would have to reference what level it was made at so a quick way of phrasing it will quickly be created by lawyers. Any suggestions on good terminology is welcome.

"After ten years in prison, Jeremy Greene was released today. Greene was convicted to the fourth degree of manslaughter in the second degree."

Alternatively, use the case terminology identified above:

"Maxine Graham is accused of probable vandalism and, if found guilty, will be sentenced to six months of community service."

Different countries practice different legal traditions so it would help if you also established the cultural tradition of your world/country. 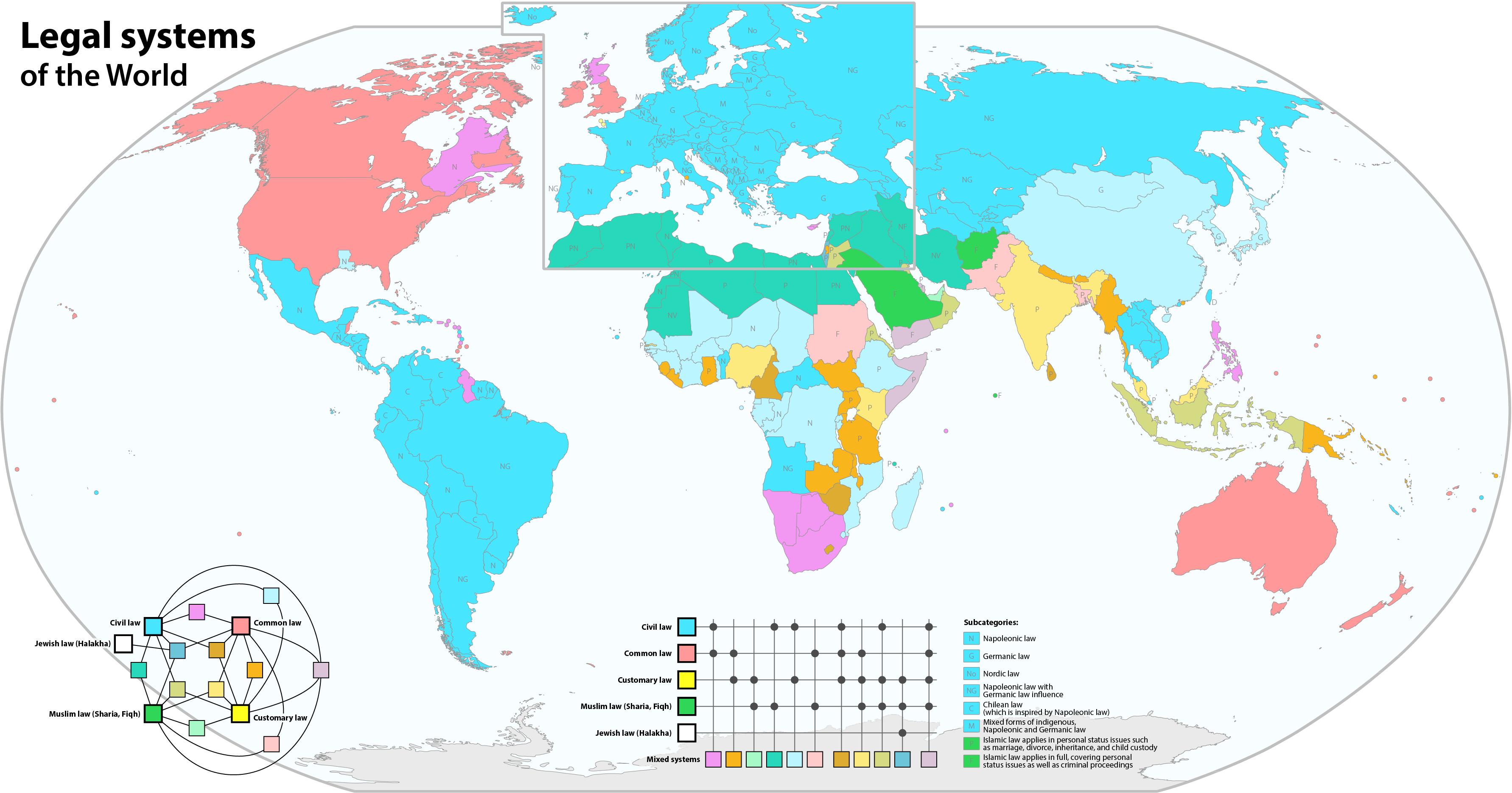 Perhaps two of the most influential are

I am mostly familiar with the English Common Law tradition.

In certain branches of hard sciences (e.g. physics), the evidence of a new discovery must break the statistical $ 5 \sigma$ level (99.73%) of proof. This level of proof might not be usable in today's subjective legal system. However, it might become more attractive as our ability to collect and analyze evidence gets better (e.g. the DNA evidence is above a 99.73% likely one person and not another).

In U.S. courts today, there are three levels of proof that I know of:

Preponderance of evidence: This is what is used in civil cases. It means, whichever side's arguments are more convincing. If Al says that Bob owes him \$1000 and Bob says he doesn't, than whichever way the court rules, if we're wrong, somebody is out \$1000. So if we're 51% sure Al is right, it makes sense to rule in his favor.

Beyond a reasonable doubt: Used in criminal cases. One could always have some doubt; one could always imagine a scenario where the person is innocent even though there were 10 eye-witnesses, his fingerprints were found on the murder weapon, he was caught running form the scene of the crime, etc. Maybe it was all a series of coincidences, mis-identification, etc. But besides such far-out scenarios, is the evidence overwhelming? This standard makes sense for a crime because we generally consider that it is worse to lock up an innocent person than to let a guilty person go free.

Clear and convincing evidence: This is a tougher standard than preponderance of evidence but not as tough as beyond reasonable doubt. I'm not a lawyer but I think it's generally used in cases of administrative law, like should a company be required to install this anti-pollution device.

All that said, it seems to me that they all come down to "how sure are you?" Preponderance of evidence is basically a 51% test. Beyond reasonable doubt is like 95%. So you could easily have a series of numerical steps: 51% certain, 60%, 70%, 80%, 90%, 95%, however many brackets you want. I presume less than or equal to 50% you wouldn't convict under any circumstances, and 100% is impossible. Well, I suppose a society that is really fanatical about law and order might say, "10% chance that he's guilty? Lock him up. Better safe than sorry."

Of course it would be difficult to actually calculate the percentage certainty in real life. If we already have one eye-witness, does a second eye-witness add 10% to the certainty? 20%? What if the witness has poor eyesight, does that make it only 15%? Etc. Still, people often speak of such numerical levels of certainty in a casual way. "I'm 75% sure that I will get that job I applied for", etc.

There are lots of phrases for levels of certainly that you could use. "Probably", "certainly", "overwhelming evidence", "absolute proof", "pretty sure", "very convincing", and so on.

Not the answer you're looking for? Browse other questions tagged culture law or ask your own question.

14
How/could a legal system whose punishments were based off of “level of certainty” that crime occured function?

2
Air robots for law enforcement trial period
19
How could a society that emphasises spirit of a law over loopholes develop a legal system
8
Result of a goverment where extra votes can be bought, earned, or lost?
14
How/could a legal system whose punishments were based off of “level of certainty” that crime occured function?
3
How to handle plea bargains in a court where punishment is based off confidence that the accused committed a crime
4
How to allow to imprison enemies of state, while still have opposition at large?
29
Prosecuting crime when the means used to commit it are far beyond current understanding
2
How can an pantheist council serve as an umbrella for various religious institutions?