It's not hard to imagine genetical engineering getting to the point where we can grow extra limbs, or design animals/animal parts from scratch. I was wondering how we could integrate custom designed body parts into our nervous system.

Let's take a basic example of a pair of angel wings (giant bird wings). Let's say we can successfully grow these in the lab ready to be used by a person. Even if we were able to grow a sort of connection port on the wings, which we surgically implant into the human's spine and it is able to fuse with our spinal cord, would we be able to control the wings or would they just be dead weight? Assuming that we can't control them by default... What can we do to allow these extra limbs to be precisely controlled by their owner?

This is an interesting question from a couple of different perspectives, as there are both gross physiological and neurological changes that need to be made.

The first issue is nervous integration. Your body has a set number of nerves in the spinal column that are connected all over the body. There are a lot of them, and they all go somewhere, so you've got 2 (really 3, but I'll get to the third later) options here: 1: co-opt some nerves that already have other functions and accept that you'll have issues elsewhere in the body or 2: Grow a whole new set of nerves that connect directly to the brain.

Then you run into the next problem: Neurological integration. While it's possible for people to learn to do new things with nerves they've already got (option 1 above) it's tricky and takes a lot of time as the brain has to 'forget' how it worked before and forge new neuron pathways. I imagine it will take even longer if you're just bashing new nerves into the brain, though with the level of bioengineering you're suggesting forming a section of new neurons specifically to cater to those nerves shouldn't be too much of a stretch, and therefore the new neurons will be able to 'learn' the new skills from scratch, rather than having to overwrite old pathways and patterns of behaviour.

Now we come to option 3, which I think is possibly the coolest option. The brain, in essence, is a learning machine that maps inputs to outputs. We're starting to get a handle on how best to do this with machines, and your society seems a bit more advanced than ours. so:

Integrate a small computer directly under the brainstem, linking the old nerves to the new nerves, but with a configurable pathway arrangement controlled by a (hideously complex) learning machine. The person can then be challenged to a series of tasks and stimuli to allow the machine to learn their normal responses and how certain tasks match to certain nerves. The machine is then in a position to 'map' those tasks/stimuli directly from the persons brain to whatever format is most appropriate for the new limb. If built correctly it can start a process of constant upgrades/tweaks to optimise the new limb for the new user and allow for configurable remapping of nerves on the fly (as it were).

If a switch (mental or otherwise) is included to allow the user to flick between states, the machine can handle all the mappings required for turning on/off limbs, and also keep limbs that aren't currently being controlled still (for example if you want to hold something and use your wings at the same time)

And coolest of all: If someone else has learnt to use a particular limb you can upload their mappings to your unit, and have a massive headstart on learning to use the extra parts.

Though I don't look forward to the day someone learns to hack it...

It seems safe to assume that a person would not be able to control an extra limb immediately, especially if it was something as unusual as wings. But given some stimulation, i think a human would be able to learn to use those new features.
This assumption is first based on the obvious: a new human learns to use his libst over time, with some trial and error.
But as this link (seeing with your tongue) shows, a grownup can learn new tricks with his nervous system, too.

So i would assume that for something like wings, an adult would - after the implanting woulds have healed - need some months, maybe up to two years - to learn to make use of those new body parts.

As far as wings are concerned, be aware that winged animals have very strong muscles in their chest to operate them. You may want to bio-engineer those muscles together with the wings, especially since you need the original chest muscles for arm movement.

If you want to reduce the amount of I/O to the new body part, equipping the new part with some specially designed ganglia is really the way to go. 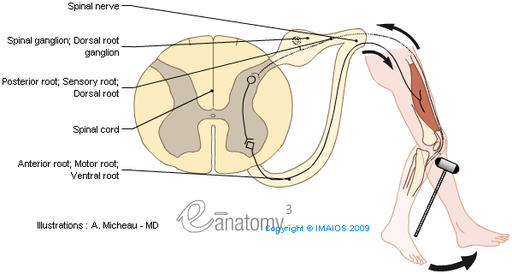 A ganglia is like a tiny special purpose brain. In humans they control things like reflexes. When the doctor taps on your kneecap, that sensory information goes to a ganglia and the ganglia issues the command to kick before your brain even gets news of the impact.

How to get those signals out? Use a Brain Gate. 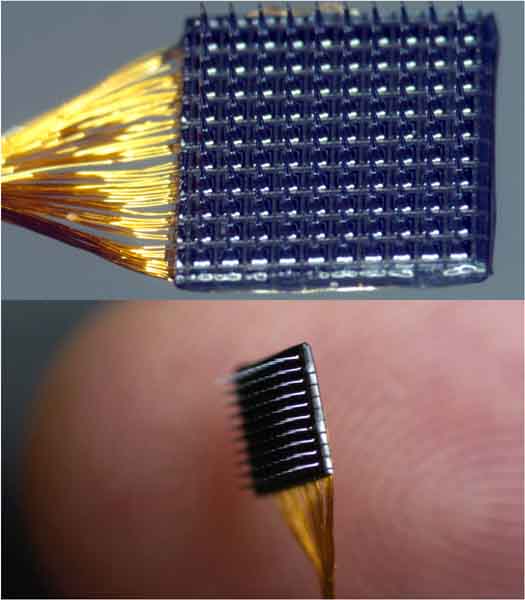 This is a very small array of electrodes placed on the cortex of the brain. Which, over time, your brain learns to interact with. They are used today for locked in patients to control robotic arms. Mind your googling for it if you're squeamish about brains and blood.

For instance with wings, an embedded ganglia could more accurately and rapidly make minor adjustments for stability or major flight operations entirely. It allows your brain to make a much simpler command like 'flap' or even abstracted as thinking about pulling yourself up by your bootstraps in order to fly up.

In addition to Neurological control, you have to consider how the limbs physically operate. There are two main concerns: Limb Upkeep, and Limb Control

Limbs get scraped, bruised, broken, tired, diseased, frostbitten, burned, and probably many more things. Either the limb is like any other limb - healing itself for the most part and receiving energy to maintain itself through your diet, or it needs to be "charged" (Probably chemically) with the energy it needs. (Or, if it's more like a machine-limb it might just need repairs occasionally along with being charged electrically)

Assuming the new limb is receiving energy from you like any other limb, moving this energy to your new limb is not free. You'll need to be able to eat and digest enough food to keep up with the energy requirements. (You mentioned not to worry about blood circulation, but that would tie into here as well)

This is why there will be a practical limit to the amount of limbs someone has before you're replacing just about everything in the torso. (Though I'm not entirely sure where this limit lies) The human digestive system will only digest so much food - even if you're constantly eating.

The muscles for all our limbs are not like separate boxes you can just attach onto a torso and expect to work. The muscles required to control a limb generally extends a good deal into the torso and other systems to work smoothly with the entire system.

What this means is, some of the muscles to control the limbs must be built into (and not just around) the existing structures to create a truly natural limb.

The wing example, would probably not just be a connection of a port, but rather an integration of the wing and the person's chest, back, and maybe even their arms - likely resulting in surgical changes of the entire upper body to create a complete well-flowing attachment. A person wants a total of 4 arms and wings? It's going to need even more work to get everything flowing together right.

Not the answer you're looking for? Browse other questions tagged genetic-engineering bio-mechanics or ask your own question.

11
How do you produce fast grown working clones?
3
First steps of a lab-grown soldier program
11
Creating an organism without evolution in a lab environment
2
Cloning a fully grown adult?
2
Controlling Nanobots in the Bloodstream as a Form of Torture?
3
Organic prosthetic limbs