Will spoken language become obsolete with advances in technology?

There are currently advancements of devices that can read our brain and interpret the signals, allowing us to control devices with our minds (my answer here to another question).

With what we can do now, I can only assume that eventually we will have inputs as well. With universal translators (lots of work in text is available, and supposedly a bit with verbal as well) we could in theory understand anyone via the software.

Now the next step suggests that when we have input to the brain, allowing for direct 'speech', then we could in theory have a conversation with anyone no matter their native language. (at least we could understand them, even if they didn't have an implant themselves.)

So I could have a conversation with a native Mandarin speaker and we could both understand each other. Would the next step be just reading our thoughts and sending them? No need to use sound waves to 'speak' any more? Is speech destined to die?

Speech will only die off it it becomes an ineffective method of communication. Right now, speech has some tremendous advantages over technological approaches in its ability to convey emotional content. It also has the amusing advantage of still working when the power goes out.

As technology advances and neural links like you describe become possible, you're going to start running into the hard science side of linguistics. It is currently believed that the way we perceive the world around us is affected by our language. If you had a neural link to a native Mandarin speaker, you would find it unintelligible because everything they "say" would be couched in the structures and primitives of Mandarin and Chinese culture. If you want a sense of how hard that could be, find a Chinese descended practitioner of Kung Fu and ask them to explain yin, yang, chi, or dao. If you're patient enough, you might get a glimmer of what they means. It's clear that they are not just linguistic concepts to be bridged over by a mere translation. They are deep rooted approaches to explaining reality.

Or would it that clear? This is a region where the science is hazy enough that there is actually disagreement in the linguistic community. Many linguists subscribe to a theory Noam Chomsky held of a so called "Universal Language," a kernel of language written directly into our genome. Chomsky searched for this primitive UL fragment for many years, but we are yet to find it. For a while he thought it was recursion, but the Pirahã appear to defy that theory.

The implications of such a connection would be radical, rendering your society very different from ours. You may not realize it, but you get a tremendous amount of privacy simply because your neurons are not connected to those of others. It would be quite a feat to sanitize a technological neural link while still providing "universal language" behaviors, so the mere act of connecting with someone would likely share fragments of your innermost secrets. That would change society enormously!

Speech will still have its uses and be the preferred method overall. 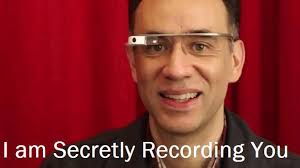 To address implants, I could see some sort of...scanner maybe that allows partners to ensure that the device is turned off during play time...one night stands would be interesting if everyone kept recording them...

Similarly when I smash my finger with a hammer or burn my thumb on hot metal I don't think ow that hurts I usually throw something and let loose a loud stream of profanity. 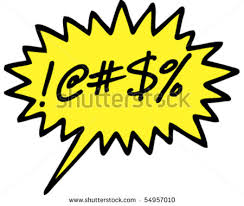 I've been kicking around a story plot concerning this, so I've thought about it for several hours.

The pattern of exitation in the neocortex is meaningful only in its own context. Pattern-matching units don't have addresses, and are identified only by what they feed up to and take feed from, and can be described only in relation to other trees of connections that involve some of the same units.

If you could read which units are active, it would not mean anything. You could not stick it into someone else's head, or even back into your own after some period of time.

The brain needs a system for characterizing and serializing a "thought", and that's exactly what the language system is! In order to get information in and out, it needs to go though this system.

The system itself is only directly compatible with others by virtue of the common language. Different languages with grammatical and structural differences and also different ways of approaching an idea will not simply translate via a dictionary. The language translation problem is inherent in the underlying mechanisms used to form and understand language, not meerly a problem with the intermediate coding system.

So no, reading the mind will not transend languages, but will have the same issues, as reading mustngo through the same serialization/mapping mechanism that language itself uses.

There's always the wizards' argument. That is, that you can cast spells just by thinking of them, but it's easier to speak them when you're learning.

In this case, people aren't going to just be able to think at each other, they'll still have to translate their thoughts into something a computer can reliably translate. That means language will still exist, and since most computer users don't actually know any programming languages, I'll bet the languages of thought will still be natural languages, which were built upon and changed by audible speech. Based on this, and the fact that children learn to speak before they learn to write, I think it's a safe bet that speech will outlive its usefulness as a form of communication, and remain as a teaching tool.

Plus, speech should still retain its novelty. For instance, in singing, or spoken-word poetry, or performances that just wouldn't be the same using telepathy.

It may also be useful in legal matters, since you don't want to entrust your client's freedom to a translator.

If we developed our minds to read each others thoughts then speech would become obsolete. Mainly because if you and I were having a conversation and we could each read each other's minds then it would be rather annoying to "realize" what you are saying and then you talking in delay. It would make communication almost unbearable to hear one though two times and delayed by a half second.

With advances of technology, people would live in "knowledge silos". Surgeon or programmer may need to spend 30 minutes to explain quick exchange between experts. Not knowing language is not the main barrier - barrier is not knowing the problem domain.

"Flush the buffer" for programmer means 'write the temporary data to persistent memory'. For a biologist, it means 'pour the liquid you used to collect results of your experiments to waste bin'. And zillions examples like that. "Observer" and "visitor" means different things for a programmer and for politician of border enforcement law officer. Etc.

Barrier is not the spoken language, but slow speed of knowledge acquisition and limited capacity of human brain.

Speech is only a small part of our communication arsenal. Go to an interview and the interviewer will have made a decision-bias before you even sit down. That decision will be based on your body language. You will will spend the rest of the interview reinforcing that bias or redeeming yourself.

Bumped in to anyone accidentally while walking down the street recently? Chances are that person is from a different country/cultural background. From muscles in the face over which we have no conscious control to the position of our hands. Its all learned any pretty well automatic. Its a bad idea to try and fake it. It varies by country which is why you are more likely to do that little 'panic dance' and bump in to a foreigner.

Roughly 7% of communication is via speech. The rest is body language and tone. All three have to complement each other for you to have confidence in the speaker. That adds up to a very complex system that serves you very well. Why would you want to lose it?

Will technology replace speech? As long as people like to sit down and talk or just sit down and stare at each other then technology might be able to but I suspect few will let it.

Not the answer you're looking for? Browse other questions tagged technological-development futurology language .

13
What would a gesture-based language look like in the absence of a spoken language?
6
What will be the consequences of opening secret-research facilities to public (e.g. Area 51)?
7
How would a two-speak language evolve? (Spoken and Sign-Language)
10
How can people adjust spoken language to adapt for the discovery that they live on a non-orientable surface?
12
Why would a language spoken by humans entirely lack bilabials?
2
Could plastic have been made in the medieval period?