Every child is afraid of the darkness. For them its not simply the absence of light, its the absence of information. Even if you know that there should be a wall or a doorway right in front of you, how can you be sure without seeing it? What other dangers might lurk there, besides stubbing your toe on a chair, and what was that movement you just saw out of the corner of your eye?
But what if all this wasn't just imagination, What if the darkness itself could take physical shape?

I started exploring this idea, where in a dark space "things" would manifest over time, similar to how fog condenses into dew, except that this dew can move, has some simple instinct-based intelligence and mild hostility towards sources of light an heat. When exposed to light (electromagnetic radiation with wavelengths < 1000 nm) the creatures would quickly disintegrate, but something the size of a wolf - which could materialize during a long cloudy winter night in an open field - would last long enough against a torch or small flashlight to cause some serious harm to the wielder.
To make sure things don't get out of hand, the maximum size of creatures is based on the geometry of the space. A half empty tetrapak of milk would simply spoil faster, a drawer is big enough for a bunch of fruitflies, the space under the bed or in a wardrobe is ideal for bugs or a couple of mice, a cellar with broken lighting could generate something cat- or dog-sized and deep caves can house huge horrors.

I ran into problems with explaining the process behind this natural phenomenon, specifically the conservation of energy. The creatures need to have at least some mass to be dangerous or they could be defeated with a ventilator, but generating mass from nothing is hard. Bonding together surrounding air molecules could work, and with 1 $m^3$ air weighting roughly 1kg, it corresponds well with the creature sizes i listed. But when the creatures are made from highly compressed air, every sunrise would be announced by a devastating wave of explosions, which turns the original design upside down by making light more dangerous than darkness.

Question: By which scienc-y process could the described creatures spawn from dark spaces, while using as little magic and handwaving as possible?

As in, can we create dark creatures in a lab under scientific supervision? Can we study their qualities? What force triggers their creation? If these creations are made up of matter, why aren't they produced in light? What about their inner systems (circulatory, nervous, respiratory etc)?

You would notice the more we get into scientific details of mythic creatures, the more uncomfortable it gets. The rule of thumb is, unless you are writing science fiction (which it doesn't appear to me), you have to do a huge amount of hand-waving and nobody would argue back with you about it.

Take for example, the case of Avatar. In this movie, the "soul" of the hero is passed into his avatar by some magic ritual at the end of the movie. Nobody is going to question it, because it simply fits the theme so well.

OK, this was my piece of advice about the introduction of mythic creature in a horror/fantasy based universe. Now back to your basic question.

The process of creation of dark creature involves air and water molecules sticking together. (How you explain it, is your choice). The process occurs very slowly and is endothermic. Similarly, reversal of the process in light also occurs very slowly, but is exothermic. Which means ... when sunlight falls on a large dark creature, its outer body melts away immediately, but the inner body has been condensed so much that it would take lots of time to gradually melt it away. So even if a dark wolf steps in the sunlight, it would not burst with an explosion. Rather, it's mane would immediately evaporate, while it's inner body would appear to slowly sublimate into nothingness (its matter would be dissolving into air alongwith release of energy).

In order to make a dark wolf explode, you would have to place it in a very intense beam of light that pierces it all the way. X-ray machines would probably be their worst nightmares!

Sanderson’s First Law of Magics: An author’s ability to solve conflict with magic is DIRECTLY PROPORTIONAL to how well the reader understands said magic.

This is key for avoiding writing yourself into a corner in a desperate attempt to over-explain magic.

Personally, I think it would be terrifying if such a creature could play on our fears to make it seem to be more than it actually is. Rather than actually trying to make something which has a mass of a wolf, use people's fear to manipulate them into never actually testing its mass in a scientific sense. If everyone involved believes the creatures of darkness are actually flesh and blood creatures, does it matter if most of it is in their head?

This could play into any number of storylines you would like it to. For example, consider that perhaps a flashlight doesn't actually disperse the fog creatures, but rather makes it easier for us to see what they actually are, and thus be less fearful. This would mean that, if you are truly terrified out of your wits, not even a flashlight will save you.

No humans around? no problem. all you have to do is deal with a light weight creature which is more subject to winds dispersing it. It would have to spend energy to keep its shape in a wind. Interestingly enough, this means that the creatures are more powerful around fearful humans, so would have a completely rational reason to seek them out and scare them more... 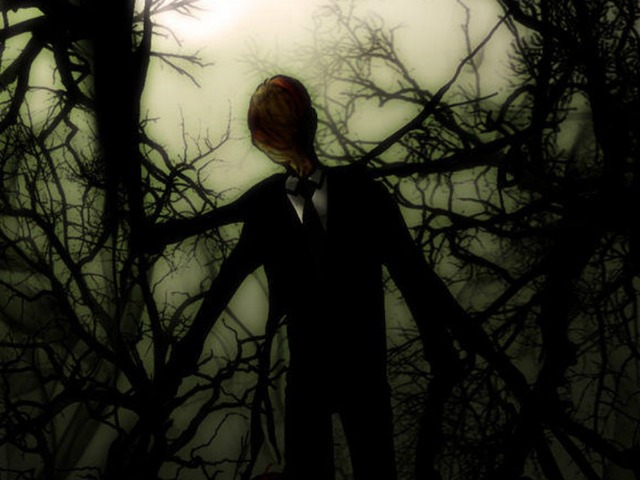 Well, as scientists have found out, the universe is full of dark matter; indeed there's more than five times as much dark matter than ordinary matter. Now dark matter is called such because we cannot see it, but only see its gravitational effects. It is thought that it consists of particles that don't interact with light, nor with ordinary matter, except through their gravitation.

Well, it turns out scientists are wrong about this last part: Dark matter does interact with light, but not in the same way as ordinary matter. Namely electromagnetic radiation effectively switches off their interaction. So as long as there is sufficiently electromagnetic radiation (such as light), it will behave exactly as describes by physicists. However, in darkness its attractive forces turn back, and its behaviour starts to get very similar to the behaviour of normal matter.

But where does the energy come from? Well, from dark energy! It's everywhere, and we have not the slightest clue what it is, except that there's even more of it than dark matter, and it pushes our universe apart. So let's say that dark matter couples to dark energy in a way that it gains an attractive potential, making it clump similar to how ordinary matter clumps. Now electromagnetic radiation will disturb that process and decouple dark energy and dark matter, giving both the properties the physicists unconditionally ascribe to them. When the electromagnetic radiation vanishes (it gets dark), then the clumping of dark matter sets in.

Now to explain how the condensing dark matter generates life forms, rather than simple clumps/drops of matter (like the condensing fog) needs some more serious pseudoscience (maybe something with morphogenetic fields).

This sounds similar to what you are looking for. Thought Dr. Who does not specify how they evolved.

Rather than say it is a creature made out of darkness, it may be better to just make them creature that evolved naturally. They are absolutely deadly in their shadowy domain, but cannot survive long outside it. They appear to be like a cloud of darkness, but are a hive-minded group of extremely small animals.

As to why they cannot survive in the light, rather than pale like most low-light life forms, these are absolutely black. This way they blend in, making them better predators. But the flip side is that their bodies absorb light too efficiently. When exposed to a certain level of illumination they quickly overheat, eventually self-immolating.

Not the answer you're looking for? Browse other questions tagged physics creature-design or ask your own question.

24
How might one explain (pseudo-scientifically) the generation of a “projected,” guided darkness?
17
What would it be like to live on a rapidly rotating planet?
1
What gases are made by a live, crackling, exposed electrical wire?
7
Can somebody live being carried a long distance by a flying, predatory creature?
2
Could bio-luminescent plants survive in total darkness for ~3 months annually?
9
Anatomically Correct Swarm of Rodents
3
How do semi-sapient yeti/ogres live in the wild?
6
Cool way to see through fog and darkness
2
What Animals Could Live in a Glass Ocean?