Would a roof over a ship's board hinder operation of the ship significantly?

Most real-world ships from say 14th to 17th century had no roof over their board. Was it just because it wasn't needed and that extra wood for it would slightly increase the cost of the ship, or were there some better reasons against the roofs?

I assume magical warfare with fireballs and even such spells as acid rain or rain of fire, so wooden roof with some extra protection on its top seems natural. The roof could also protect (at least partially) against shots from ballistae and mangonels.

Also, would it be possible to combine some boarding device (somewhat similar to Roman corvus, but shorter and not solidly fixed to the ship, and used only on bigger ships, so that they wouldn't affect the ship's stability so much) with a roof (or its part) consisting of wooden plates with some protective layer on their top? The roof plates could be lifted from a tower on a mast. Off course, opening part of the roof would decrease its protective value, at least temporarily. But is there any other drawback of this?

A roof over the top of the ship would have a number of negative consequences, the severity of each would vary:

There were actually some ships in the real world built along these lines though, for example the Korean Turtle Ship. 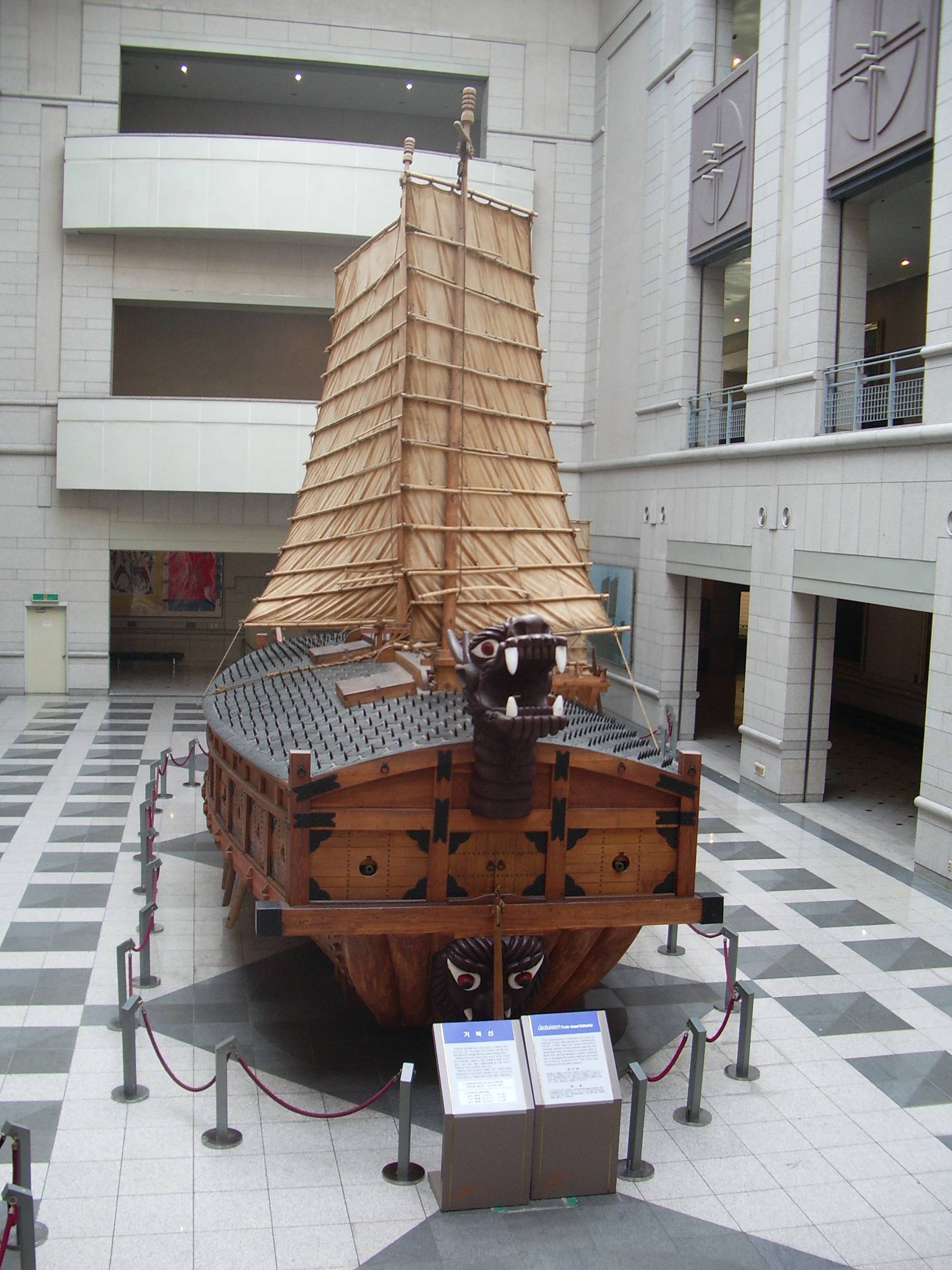 In a combat situation as described, there are a few more effects the roof would have than listed in the other answer.

Basically, I find myself wondering what is the benefit provided by the roof compared to situating the canons and ports on the lower levels of the ship?

Not the answer you're looking for? Browse other questions tagged magic ships .

19
How would rudder protection against water elementals affect ship's performance?
27
How would sails from a fireproof material affect ship's performance?
61
What would it take to build a ship capable of crossing the Pacific?
1
Non-Enclosed Boat/Backless Boat?
11
What features would a pirate ship need to be able to support the weight of a dragon and cargo?
5
How would a wind generating stone change sailing and the anatomy of a ship?