How much would it cost to recreate Doggerland as it existed before 16,000 BC?

To expand the territory of the EU, one can consider recreating Doggerland by reclaiming the lost land from the sea: 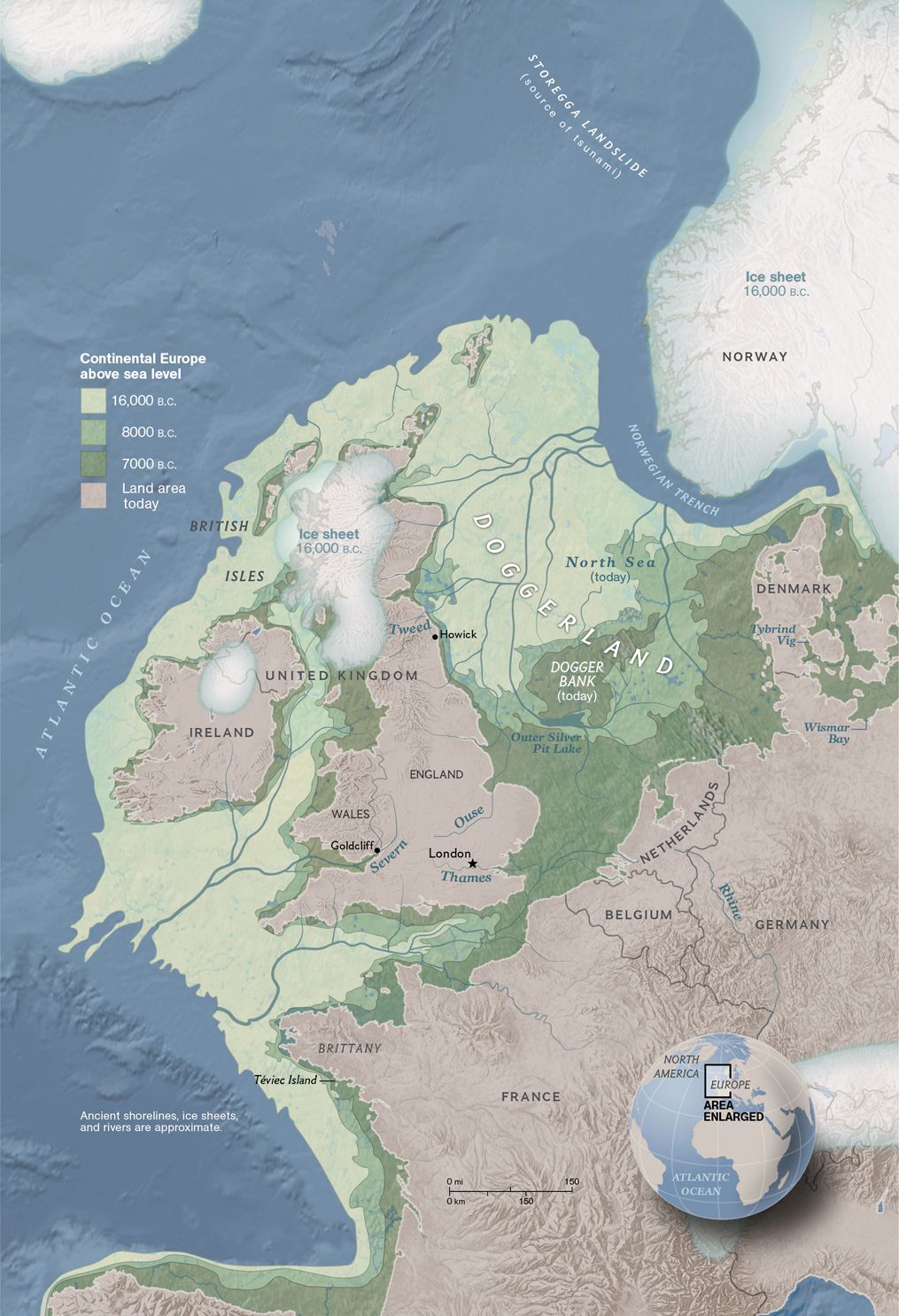 Had our ancestors had more technology, they could have dealt with the sea level rise by building levees and pumping stations so that this land area would not have gone lost to the sea in the first place. But we can still get it back using land reclamation methods. The question is then how much this would cost.

The costs @o.m. answer points in his answer are only the tip of the iceberg:

Or, to put it more explicitly, the cost would be zero because nobody is crazy enough to even propose such a monstruosity.

Additionally, you have another issue with rivers.

Currently, rivers are at sea level when they met the sea. In your map, rivers like the Rhine or the Thames are supposed to flow for hundreds of even a thousand kilometers through what previously was the sea floor. You will have to channel those rivers, giving them some descent so that they do not overflow and, when they met the sea, you will need to raise that water to the sea level to prevent the rivers from flooding your new lands... and it is a lot of water.

I don't know how much it will cost, but it will be very expensive, and living in Doggerland would require eternal vigilance to prevent erosion. Much cheaper to irrigate the Sahara.

The cost would be too much to be practical.

The size of the submerged areas of Doggerland varies depending on how much you want to include. The range seems to vary wildly from 9,000 to 18,000 square miles. To put that amount of land reclamation into perspective, let’s look at the Netherlands. At nearly one sixth of the country’s entire territory, the Netherlands have reclaimed about 2,700 square miles of land.

From a magnitude perspective, that comparison actually makes it seem feasible. Unfortunately, you also need to consider depth.

The Zuiderzee in the Netherlands, on which the Flevoland was built, is only about 15 feet deep. During the time period where Doggerland was above water, the sea level was 400 feet lower. That’s an enormous difference that complicates both a land fill strategy as well as utilization of levees.

The Zuiderzee Works in the Netherlands cost $7 billion and decades to construct. Extrapolating this to a landmass that is anywhere from 3 to 6 times larger and 10-20 times deeper, you could very easily be looking at tens of trillions of dollars without even including yearly maintenance.

To make matters worse, you’re trying to reclaim land that is going to be harder to maintain with every passing year. Sea levels are rising once again… why spend this money to reclaim land that will be extraordinarily costly to protect when you could instead shore up land you’re already losing?

Now you can calculate the tremendous loss to trade, tourism, coastal real estate, and the administration and maintenance of this land.

Was it worth it?

More money that we have since reclaiming Doggerland would require building a very long continuous wall of concrete. It ain't gonna happen. Ever.

Let's say our ancestors wanted to stop land loss at 200 meters below 2015 water levels. I couldn't find figures for the perimeter of Doggerland so let's set a minimum bound for required perimeter as the coastline of the UK at 17,819.88 kms. The base of the Hoover dam is 200 meters thick and 221 meters tall.

So, for a simplified concrete wall that stretches 17820 kilometers, is 200 meters at the base and 200 meters tall, we need:

This estimate doesn't include anything in regards to redundant walls, flood control walls, water pumping energy costs, pump costs, ecological damage, economic damage and so on and so on.

For scale, the Burchardi flood of 1634 destroyed the island Strand. Two thirds of that land are now sea, the remaining third being the islands Pellworm and Nordstrand. Between them, the Norderhever tidal race (which did not exist before 1634) has reached a depth of 30 meters, and is constantly getting deeper, threatening both islands. There is not much mankind can do against it at this point.

So, diking is a non-option. You would have to lower the sea levels by some means until Doggerland reappears again.

During the Holocene, when Doggerland was last dry land, sea levels were over 100 meters lower than today. (Their rise is what possibly gave birth to the Deluge and Atlantis myths.)

Since you can't just "pull the plug" and drain the water away, the only way to do it is to cool off the globe until glaciers start growing. During Holocene, glaciers covered massive parts of the North American continent, to which the Canadians would probably have a thing or two to say...

This is not a matter of cost. It's just physically impossible.

Not to mention that humankind has a terrible track record regarding terraforming projects. Things virtually always turned out for the worse.

Not a question. No-one would even consider this in earnest.

A few (dozen?) nuclear warheads, at ~$100M a pop, if you believe Ewing and Donn's A Theory of Ice Ages from Science magazine.

Here are the steps to recreating Doggerland. As a bonus, Doggerland gets recreated as it existed before 16000 BC!

(Protip: buy land in northern Mexico, the Sahara, the Arabian Peninsula, or another similar place first.)

In case you're skeptical--fair enough--here's the summary of Ewing and Donn's theory of what happens during step 2:

(2a) ice sheet detaches (because of global warming, historically, but we kick-started that), rotates freely and melts quickly.

(2b) Ice free arctic sea has moisture liberated (kinetically, not thermally) by polar easterlies much more rapidly off of choppy waves than off of snow/ice.

(2c) So it snows a lot across the Canadian shield, Scandanavia, Siberia.

(2c, continued) I said a lot: every day, feet per day; have you ever lived near lake-effect snow? Imagine that year-round, year after year.

(2d) Continuous water extraction from Arctic causes inflows through Bering Sea, Greenland Sea, and Baffin Bay. This water's warm, and keeps Arctic from freezing. (Extraction is also driving up salinity, keeping Arctic from freezing.) The extracted water falls as snow on glaciers, growing southward. (Any snow that falls on water melts, and is re-extracted. Heat of fusion ping-pongs back and forth, so the only extraction that matters is that which falls on land/glacier.)

(2e) Doggerland looks like it did during the last ice age. Unfortunately for me (because of the mile of ice on top of my home), so does the rest of the globe.

Not the answer you're looking for? Browse other questions tagged geology sea landscaping .

10
How far underground could a human civilization be before it is unsustainable/inhospitable?
6
How to drain out the entire Mediterranean?
2
How long before today's landmasses are submerged?
29
If the Black Sea was disconnected from the Mediterranean, how long would it take to become freshwater?
3
How much land disappearing would it take to drop the sea level by 10 meters (30ft)?
5
Can Humanity Expand to the Oceans?
6
Can a fast planetary rotation create a planet with an equatorial continent, preferably with very high mountains and two polar oceans?
4
How would a corrosive sea not erode the foundations for islands?
45
How much damage to the US would a Yellowstone eruption cause?