How to stop a waterfall

My world - think 13th century medieval Europe - has a gigantic waterfall. Imagine Niagara Falls but even bigger, consuming multiple sides of a big mountain. People don't climb the mountain, as it is too steep or the waterfalls make it impossible. One day, the water stops pouring down. The world is shocked and sends a unit to find out what happened. No more water means they can now climb the mountain, which they do.

Now, I want the waterfall to be stopped by unknown people living on the mountain, but we're talking about a massive load of water. My current thoughts are: all the water up the mountains streams through a big cave/tunnel while flowing down, which now is blocked with rocks.

Thank you all so far for your awesome replies. Very interesting. To put some things together:

Where does the water come from? Rain is an option, but as @HDE226868 puts it, this asks for a gigantic surface. Probably too big. Question: can't the mountain be very high with permanent melting snow on top, which creates the flow? Does my mountain still has to be the same size, @RobWatts?

How big can the mountain and tunnel be? @ArtOfCode's calculations say 9m diameter for the tunnel, which is possible to block. Great! @DoubleDouble points out the lake has to be as width as the waterfall. Good point

What blocks the tunnel? Rerouting is a great idea by Mikey, but creates question (posted multiple times): where does the water go to. @youstay-igo suggests to stop multiple small rivers, but I think this will be hard to do simultaneously. Putting a plug in the tunnel that can sustain the pressure can work, combined with rerouting.

Where does the water now go? Would it be possible to be rerouted into the mountain, in a cave system? Of course it will be huge. It streams under the surface & finds a way to the sea. Other options without creating a new waterfall seem impossible, no?

Somewhere at a higher elevation, there's a section of the river that winds near an alternate route for the river. Your mischeivous folks up the mountain cut through the barrier (ice, rocks, or just plain land) and the river suddenly has an entirely new route.

The river now floods down the opposite side of the great mountain. 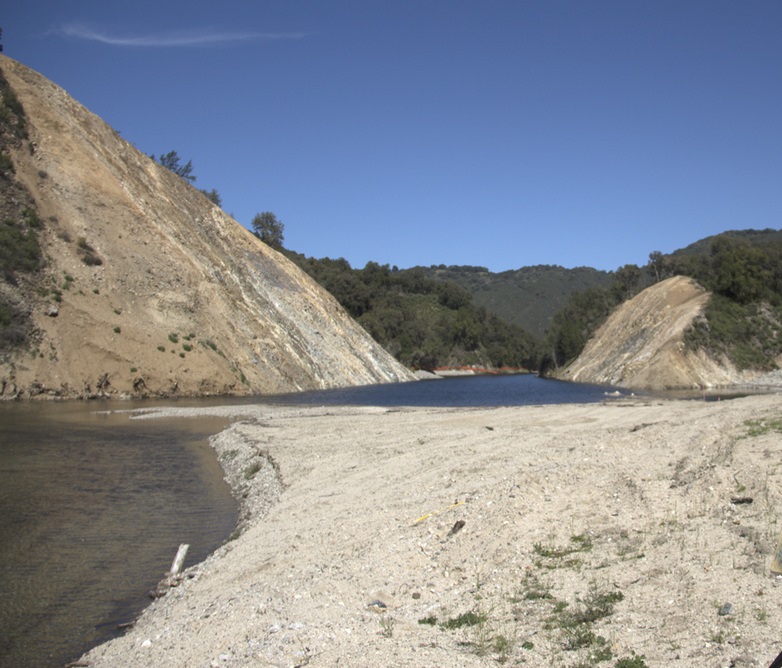 Of course, this is assuming you can be flexible with your highland geography, and with flooding the people on the other side of your great mountain.

EDIT: as recommended in the comments, perhaps a dam could have burst, re-directing the river suddenly to its natural course.

For everyone who thinks, "That can't be right. 9 meters is way too small," I have the following picture (courtesy of ArtOfCode in chat): 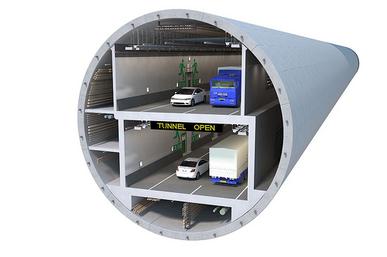 Used under Fair Use policy. See this page for more details about this particular case.

One issue with your setup is: where does this water come from?

Generally speaking, I see three sources of water for rivers:

Not that the proposal is unsalvageable, but maybe you need to consider another solution. The obvious idea would be a big, big plateau instead of a mountain, but we do not know of anything similar that at the same time is as inacccessible as you plain it to be.

Let's take a look at how big your mountain needs to be. Looking at rainfall in the USA, we can say that 1.5m is a realistic value for annual rainfall in a rather wet climate. This means that for every m2, there would be 1.5m3 annually.

So how much water do we need? Using the number from Wikipedia for Niagara falls

How big is that? Bigger than Maryland, and almost as big as West Virginia, and between Costa Rica and the Dominican Republic in land area.

"Big" is not sufficient to describe this mountain. An average grade of 7 (4 degrees/0.07 radians), which is a rather gentle incline, would put the peak as high as Everest.

Your waterfall needs to use up almost all the water provided by a very large area. I'm not sure what you can do to make this setup realistic, but one step would be to make it possible to go around the mountain. Perhaps there is a jungle or something else that makes it difficult to get around, but the other side of the mountain is much more accessible than the waterfall side. This also makes it easier to explain how there are already people up there.

Remember that 13th century Europe is before the Age of Discovery, so there are not explorers going around that would discover the other side of the mountain.

Waterfalls are generally streams and rivers, which just happen to come across a path that involves a very sudden drop in elevation.

Over time, streams and rivers cut a path into the rock of your mountain. The path will eventually form to fit the amount of water coming down the river. To have a river coming down across the entire mountain means you have a river as wide as your mountain. Luckily, the hole you have upstream can be a bit smaller, the water will just be pushed through it faster and with more pressure. It would still have to be a pretty massive hole though.

If your example were much smaller, I could imagine maybe a giant "plug" crafted of some sort which could just go along with the river and then be too wide for the hole. However, with the amount of water I can't imagine any realistic "plug" which would be wide enough and be able to withstand the incredibly heavy force of water that is on top of it.

Granted, with proper man-force and engineering, many great structures have been built in medieval times. It would take a lot of people and a lot of work to get that much rock, and then the power required to dump all that rock at the entrance. The more spread out (time-wise) you dump the rocks, the more you have to worry about the river just forcing it down-stream. I personally think the amount of effort required for it is unrealistic compared to whatever benefits they would get for it. But, maybe this is for the mighty new King's ego and he has an incredible amount of man-labor available.

What I find more likely, is that there is a spot in the river where a slight nudge could push the entire thing into a new direction. Even a slight nudge in this instance is an incredible amount of work. However, the river is now travelling in an entirely new direction and if you'd like to change it back then you'd have essentially the same issue we started with.

As you can see in the second diagram, the waterfall is made of not one huge, but a lot of small water inlets which join behind the large mountain, thus forming the waterfall which the people of the valley can see.

Since the people living atop the mountain(s) can backtrack the source of water, they can block the water channels with boulders before they join and form an unstoppable rush of water inside the mountain. It is theoretically possible and should have no problems practically either. However, the people living atop the mountains will have to employ heavy beasts of burden (oxen, yaks, bulls etc) to drag the heavy boulders and place them in the right location to stop the water channels.

Since you have used the reality-check tag for your question, so I must ask this question: have you decided where the water will discharge to, after being blocked from going into the mountain and making the waterfall? Of course you are not expecting that stopping the flow of water would simply make it disappear.

The water will have to change it's course and you will have to allow another exit for it. Maybe it turns around in different directions in the cave-network in the mountain and makes another waterfall, further away from this valley? Maybe the mountain people stop the water channels much further than the mountain (we are talking 10-15 miles here) so that the water floods the plain and forms a rushing river? You decide. Just make sure you find another outlet for the water you have stopped. 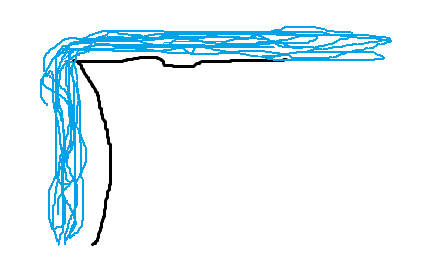 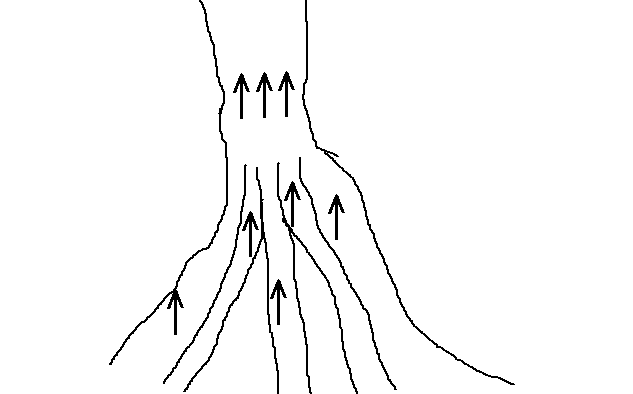 A massive rock fall or glacier fall could stop a river that large.

If the river wends between two large rock formations, an earthquake might dislodge sufficient rock to dam up the river. If the rock fall breaks after the water reaches a certain height then anything below that point in the river is going to have a really really bad day when many days/weeks/months worth of water let loose all at the same time in a megaflood. The Scablands are one such example of a megaflood.

An ice fall or avalanche might achieve the same effect as a rock fall though may not last as long.

You could do a huge tunnel but that requires explosives and heavy moving equipment both of which are outside the capacity of medieval technology. Or, perhaps you could but it would require tens or hundreds of thousands of men to pull off.

Instead of the water being blocked or redirected, what if it just ran out?

If the waterfall was an engineered feature, maybe they just turned it off using existing infrastructure; perhaps for maintenance on the spillways or mill wheels. Or a new policy of concervation was enacted and they need to stop running it until the lake is higher, or they don't need it as a power source anymore.

The water vaporised by the heat of a giant meteor. Or frose bij sudden climate change. Or a combination of the two.

Not the answer you're looking for? Browse other questions tagged reality-check medieval construction water mountains or ask your own question.

6
Can I get some help with the calculations of my mountain?

6
Can I get some help with the calculations of my mountain?
4
The Waterfall Planet
5
Dam wall failure: How to stop a Domino effect?
4
How could electricity stop working?
7
Circular tree: possible?
6
Would a tunnel in sand collapse?
38
How to design a fortress in a mountain to keep it hidden, but still easily defensible?
7
How common is it for a river to enter a valley from a flatter plain?
35
How Would Civilisations on Different Planes of a Cube Planet Interact?