How would Weather and Regional climate work on a Flat world?

For my WIP's setting I'm using a variation of the Sky World concept. The cosmos looks very similar to the Astral Sea.

The shape of the cosmos akin to a torus and filled with a silvery ether a thin, cool, omnipresent plasma. The cosmos has seven nested layers/dimensions of which only the fourth has human(oid) tolerable conditions. The mortal races dwell on living island enclosed by Shrouds,a force field generated by the islands, that in addition to being a defense mechanism trap a breathable atmosphere.

The axis upon which the cosmic torus rotates is the Empyrean, the source of heat,light and the basic building blocks of matter. It is visible no matter what layer one happens to be on, though the further one is from the Empyrean, the dimmer it becomes. The natural ebb and flow of the Empyrean's power creates a day/night and season cycle on a cosmic scale.

Despite the very fantastical nature of the setting I still would prefer to only handwave or say "cause reasons" when it is absolutely necessary. So I'm asking the question "how do Weather and Regional climates work on a Flat world"?

Without magic, it's going to be extremely dry. Unless you have some ocean balls floating around.

If there is no gravity outside the shroud, it means that you won't get humidity or anything form the outside. Otherwise, the Astral plane is infinite. Where is the star exactly? Normally, the star would heat the surface below and hot air would rise. But that does not make any sense in a place like the Astral plane where the light comes out of nowhere. No matter where you are, your always at the same distance and the same angle compared to the source of light. It means that all places would receive the same quantity of energy and I doupt there would be any predictable movement of air masses.

Back to your islands: if they want to live in something wetter than the Atacama desert, they would need a large (way larger than the islands) supply of water lying around. That water, will evaporate with the energy from the "light" and will fall if the temperature of this air mass gets colder. The problem I see here is that you have no temperature differential. On Earth, the air gets colder when it rise/encounter a cold air mass and that is when you have rain. But in your world, the temperature would always be the same, unless you have a day/night cycle or unless the islands move in a way that one would be in the shadow of the other.

The other thing that could make it rain is with a different albedo. If one island is white for example, it will reflect more light than a dark one, it absorbs less energy and will be colder. I'm not sure how strong this would be.

My best advice would to use irrigation, if you have water.

In the real world, the fact that sunlight emanates from a single point in our sky makes it possible for life to exist by allowing it to dissipate the suns free energy (low entropy) by radiating it away into space in all the other directions as infra-red radiation (high entropy). As Vincent says, if all sectors of the sky emanate the same background level of radiation this thermodynamic setup becomes impossible along with life.

However, happily that is not the case in your world, since you have identified a point source of energy (the Empyrean), and a place to send the waste heat, the abyss. Obviously a bit different to our universe but some similarities are there.

One way to get more interesting weather is to remove the impermeable shroud and instead place a small black hole (or something similar) in a sealed compartment in the bedrock of each island, which will create gravity and the ability to capture an atmosphere. Now if you allow your islands to float within a ring of gas which exists within the torus and which is somehow kept from escaping into the abyss (see Larry Nivens 'The Integral Trees' for a similar concept, see picture), then you could have weather patterns circulating through the torus somehow and which pass over the islands. 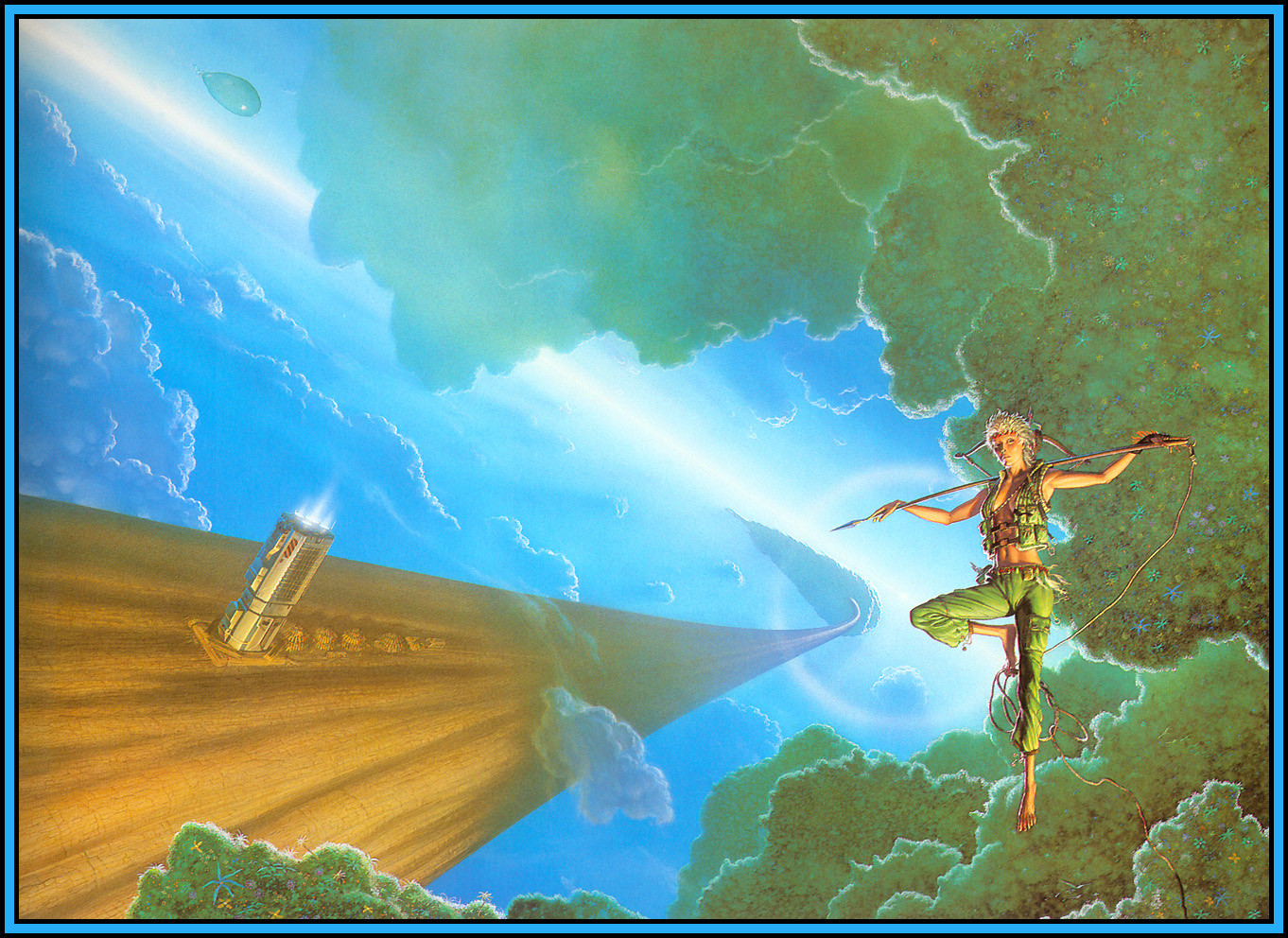 There will be many many problems with this scientifically but you could use parts of this scheme to create something that is at least somewhat internally consistent.

Not the answer you're looking for? Browse other questions tagged planets environment climate weather .