What kind of wingspan does a large aircraft need?

I am designing (read 'drawing in Photoshop') a robotic aircraft for a novel I am writing. The aircraft is meant to be used to evacuate large numbers of civilians, and so is fairly large (think 1.5 times the length and 3 times the width/depth of your average airliner).

I am basing the design off of the Harrier Jet, because I want the aircraft to be able to take off and land vertically (quicker evacuation, and better access to civilians). Of course, the physics that apply to something the size of a Harrier, may not apply to my aircraft.

Question: On the Harrier, the wingspan is relatively short, though it goes back quite a ways. Would an aircraft with the dimensions I described above still fly with a similar wingspan, or would it need the straighter, longer wings seen on airliners?

For the moment, you can disregard the plausibility of an aircraft of such size taking off like the Harrier, though if you have opinions on whether or not that would work, they are welcome.

TL;DR: Depends on how fast you want it to go.

EDIT: Here is a cheerfully illustrated aircraft design guide for Kerbal Space Program (pre-1.0 aerodynamics, but the basics still hold). Explanation of wings is about halfway through; the rest of it tells you about why the other parts of airplanes look the way they do.

Roughly speaking, the amount of wing (wing area) an aircraft needs to fly is proportional to its weight. When flying forward, wings generate lift that makes the aircraft not fall to the ground, and you need more lift the heavier you are.

Of course, this tells you nothing about how the wing is to be shaped. Generally, wide straight wings give you more lift, which is why you see those on old biplanes, WW2 fighters and small recreational planes.

However, as you go faster, they also generate more drag that you need more powerful engines to fight. That is why swept wings and delta wings are being used; they drag less at higher speeds, and in those conditions additional speed makes up for the difference in lift (when flying faster, wings also lift more).

So if it is a large prop plane, it will likely have wings sticking straight out (picture a C-130). If it is a subsonic jet airliner, they will be swept back somewhat; if it is supersonic, it will have a delta wing like Concorde. Faster yet and it will probably rely mostly on body lift.

As for VTOL, a big aircraft would need some pretty powerful engines to do that. What you essentially need to do is start thrusting up with more thrust than the aircraft weighs, then transition into horizontal flight where your speed is sufficient to keep you airborne. Most planes' engines are not powerful enough to lift the weight of the plane, so you'd need some pretty beefy ones; there is a reason why VTOLs to date have either been fighter jets (which have ridiculously powerful engines in order to fly supersonic) or prop hybrids (like Osprey; props aren't as powerful, but can be made much more efficient).

The wingspan is determined by a multitude of factors, but in general, long, slender wings are very efficient at generating lift (which is why they are found on gliders, long range jet transports like the Boeing 787 Dreamliner and birds which fly long distances like an albatross). Short, stubby wings are more important for aircraft which do aerobatics. One factor which will count for a lot is to determine the take off weight of the aircraft and how much wing area is needed to actually lift the airplane off the ground; you may want a short, stubby wing but will still need the same total area as the long, slender one.

One of the other things which will determine the amount of wing area and type of wing is what sort of lift aids you install. A Boeing C-17 does not seem like it has enough wing area to fly, but it deploys huge flaps, wing slots and employs tricks like "blowing" the exhaust over the flaps to increase the amount of lift when flying slowly (take off and landing). 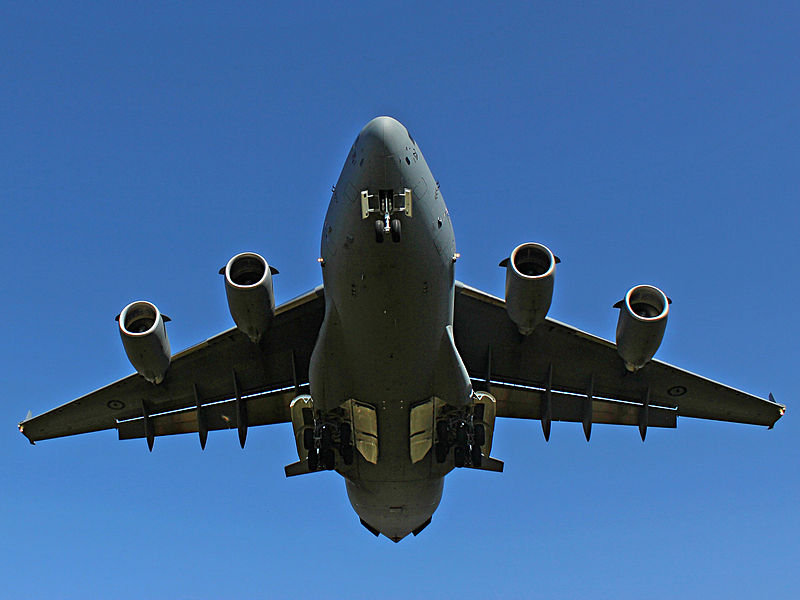 An older aircraft in the 1980's ()Boeing YC-14) tested the idea even further by placing the engines on top of the wings and "blowing" the exhaust over the upper wing surfaces. This worked, but for various reasons was never adopted. 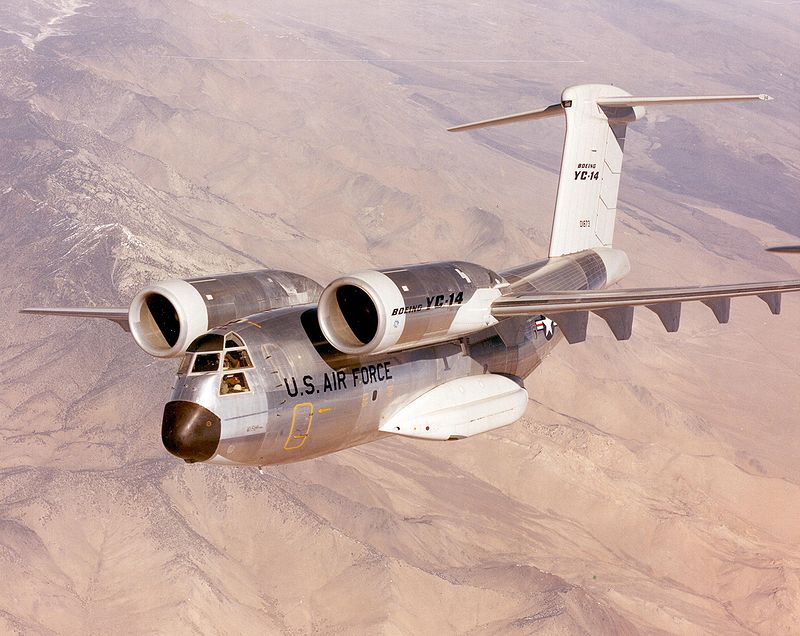 VTOL is an idea you should avoid, since you need enough thrust to overcome the weight of the aircraft and payload, but will generally be carrying around a lot of extra weight otherwise, since the lift engines or devices will only be in full use during take off. Even the Harrier uses short take off rolls to take off, and vertical flight to land (when most of the weight of fuel and ordinance is gone). 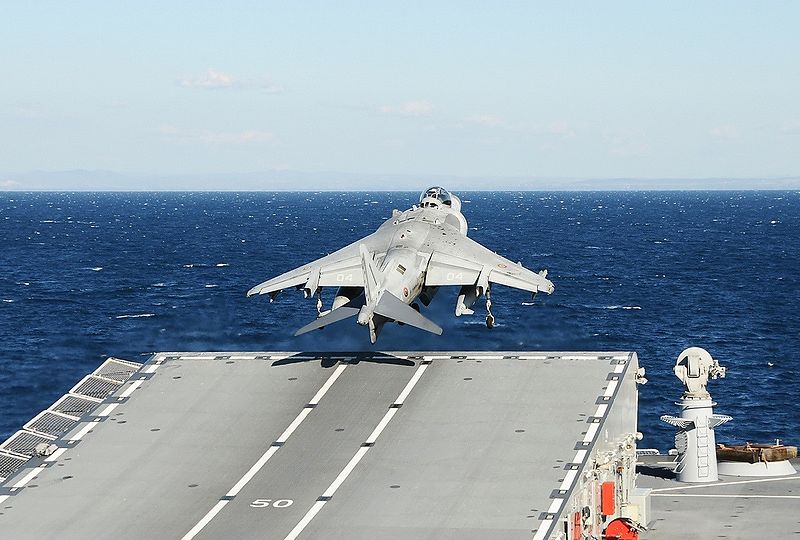 Consider rocket engines for your vertical lift. The SpaceX Merlin engine generates 170,000 pounds of thrust, about twice what an engine on a 777 produces at a fraction of the size. Since you're not worrying about feasibility, you could argue (reasonably) that JP-4 will be the fuel for both engine types, with LOX on board to feed the rockets for the short burst they're needed. 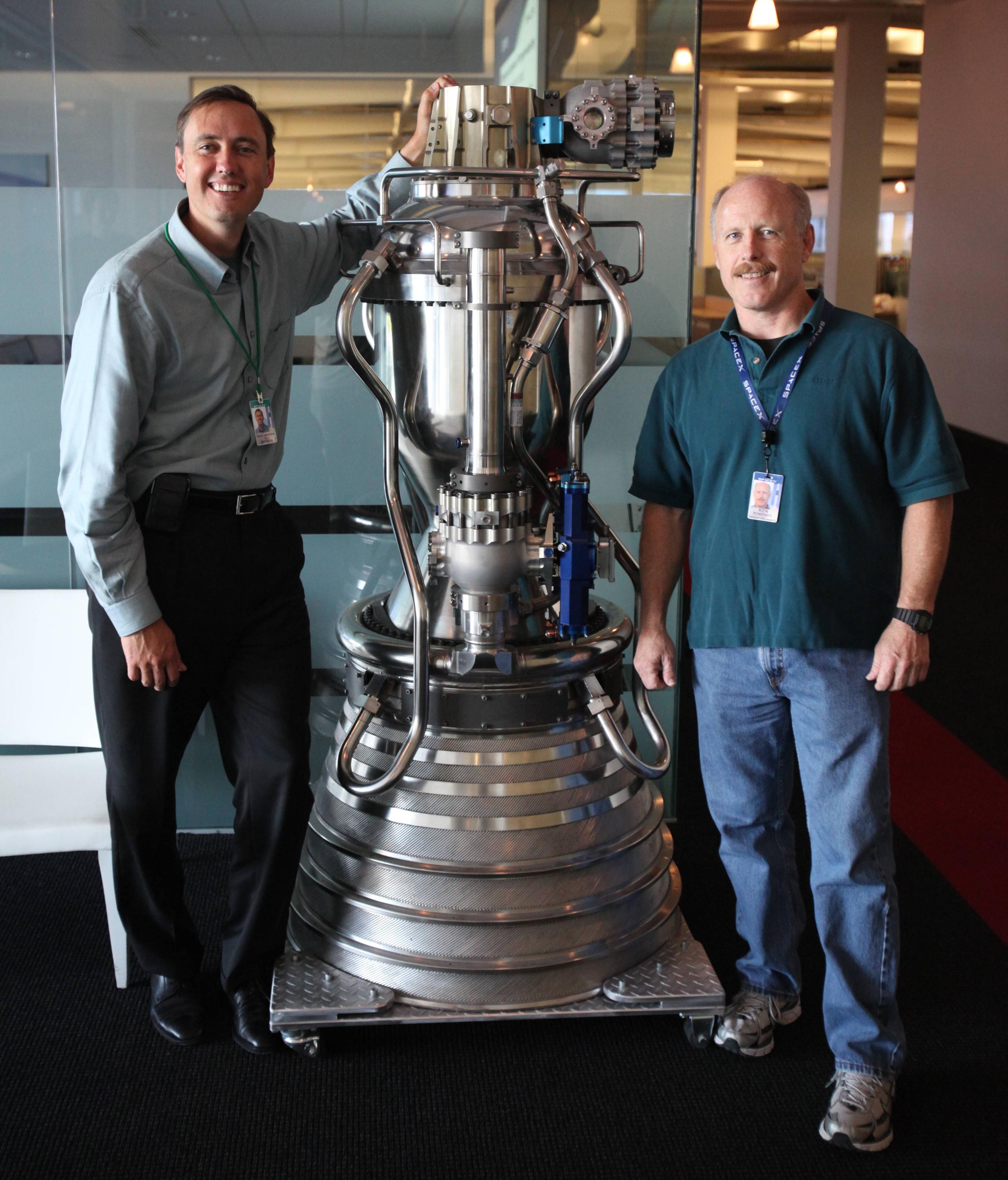 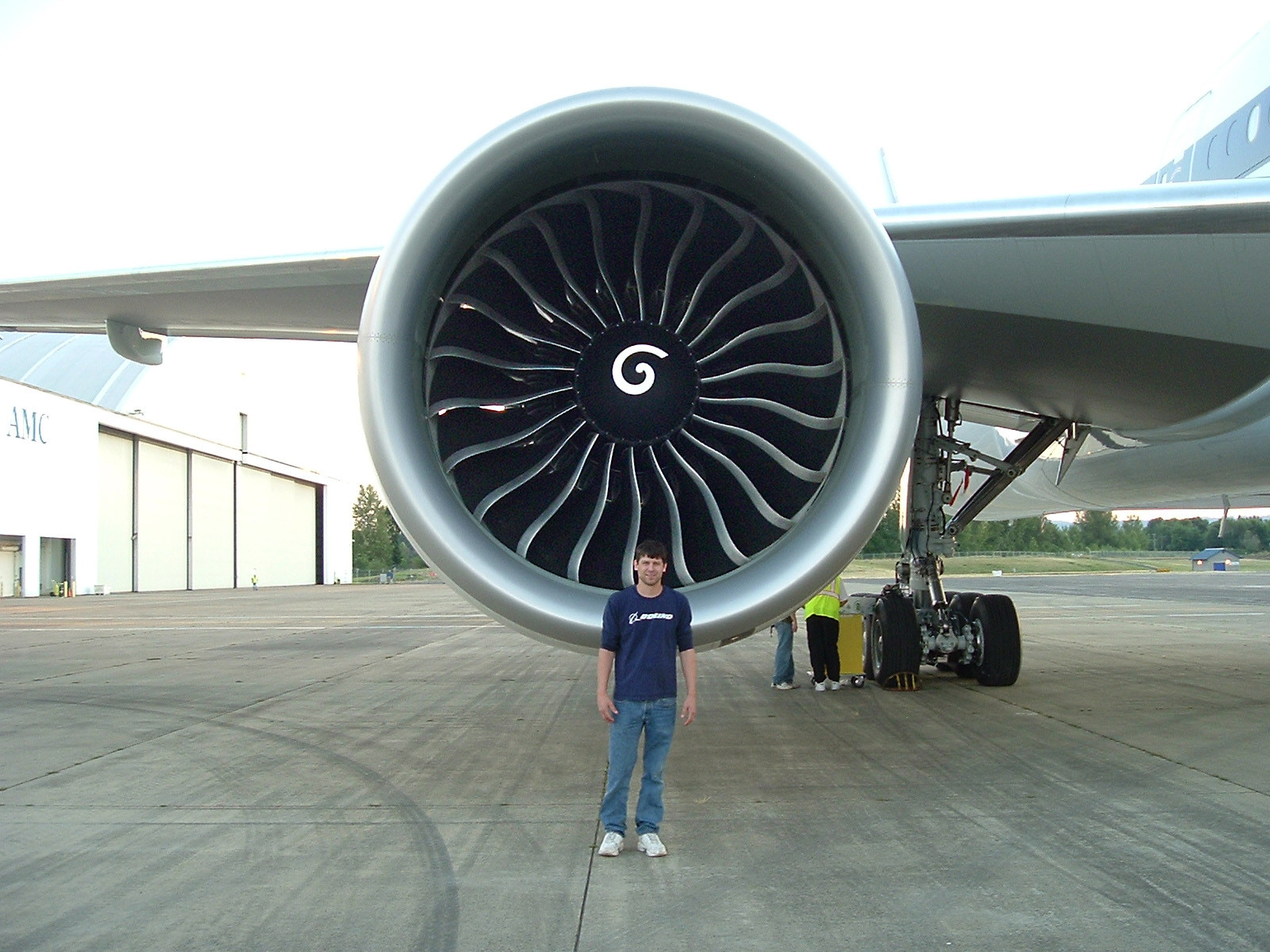 It's not so much about wing span as wing loading (weight per unit area of wing), and the design speeds for the aircraft. The higher an aircraft's wing loading, the faster it can fly (less drag), but the faster it must fly to stay in the air (or just to take off or land). The Harrier has relatively small wings for two reasons: it is designed to fly fairly fast, and its VTOL capability allows it to use engine thrust to supplement or replace lift generated by the wings at low speed.

To sum up: the size of an aircraft doesn't really dictate the shape of its wings; its intended mission does.

There is an upper limit to aircraft size dictated by wing stiffness and the limits imposed by real world materials. A longer wing will bend up more at the ends and be more able to twist. The Airbus 380 and large military transports are close to economic limits. Physical limits do not let you make monoplane wings a lot longer.

If you want an extreme design it is probably a biplane with much cross-bracing to stiffen the huge pair of wings. A box is a lot stiffer than a sheet. It would be slow and waste a lot of fuel because of the drag but it might fly. Your problem is why it would ever have been developed and built!

Edit. Another possibility would be a very high drag smaller wing with air being actively pumped over it. A nuclear power plant might let that be feasible. Even harder to imagine it ever being built!

Not the answer you're looking for? Browse other questions tagged reality-check technology or ask your own question.

20
How much blood does a vampire need?
6
Airship Aircraft Carrier Dimensions
26
Is a land-based aircraft carrier possible?
4
What parts do I need for an airport, and how large does it need to be?
2
What kind of characteristics do flora and fauna need to thrive in a polar environment?
4
Is this aircraft plausible?
7
What kind of permits do I need to control the weather?
4
Fusion powered aircraft methods
6
Post-apocalyptic aircraft