How to make chocolate safe for Keidran? (Basically Dog-people)

Let's take our cute and self-conscious protagonist, Jayden! (For the people that read and responded to the post about the genetics behind keidran and the colonization of the Ilus system, they are in one and the same universe.)

He's your average starship engineer in all ways except he's a fox keidran. (Although not too long ago he wasn't fluffy.) This came with lots of problems, mostly trying to get used to being a keidran, and the rest being the fact that he can't get his hot chocolate. Completely devastating. How do you expect 'em to fix a derelict dyson swarm without his hot chocolate?

As we know, chocolate is toxic to dogs, and by extension, dog-people. The thing that makes chocolate toxic is a combination of caffeine, and theobromine. But before we handle that, let's start with an example keidran for testing. 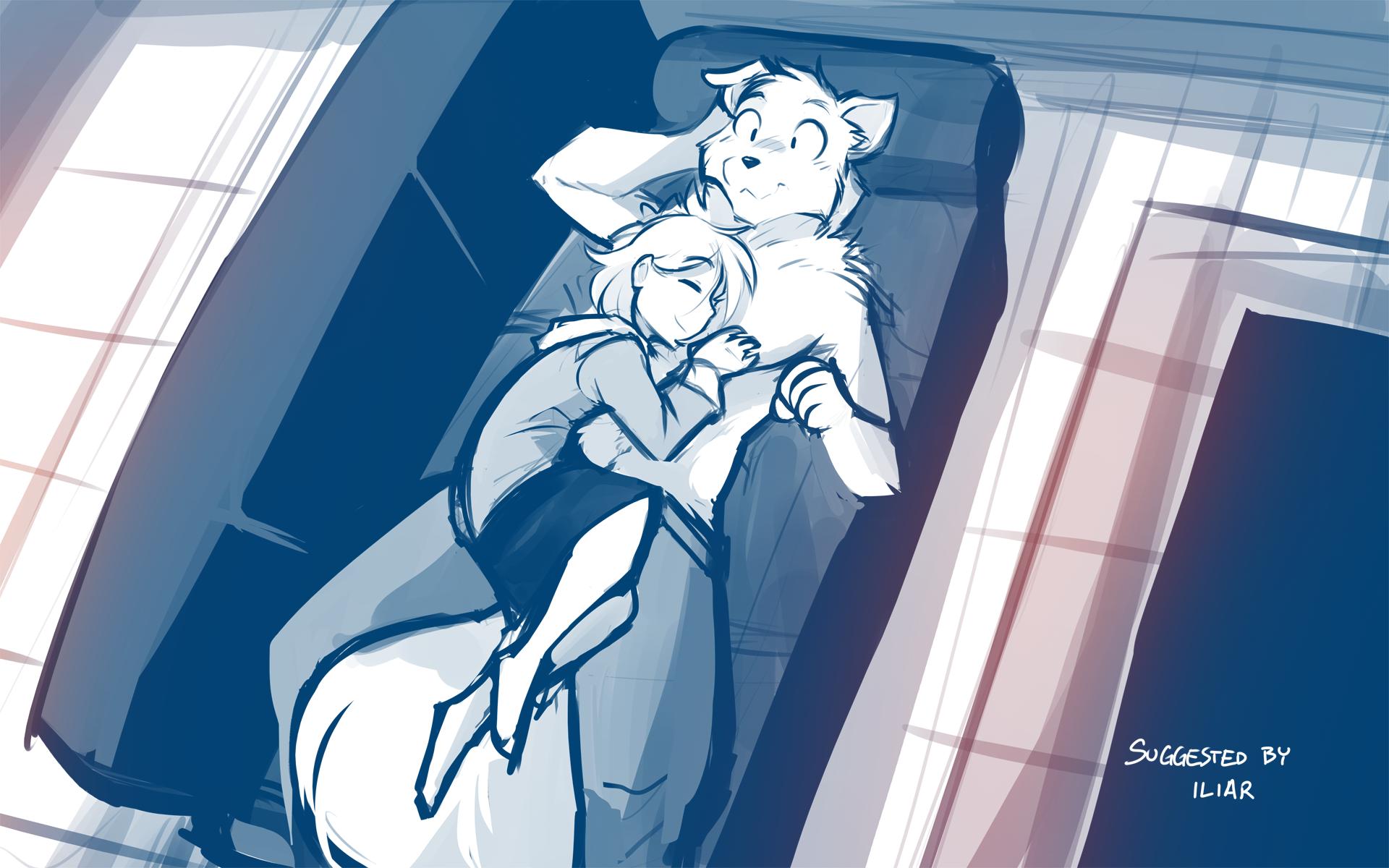 Let's start with the familiar half of the equation. Caffeine. According to wikipedia, caffeine is a central nervous system stimulant. It is mainly used recreationally as a cognitive enhancer, increasing alertness and attentional performance.

One side affect is that it behaves similarly to adrenaline by increasing heart rate, and thus exasperating cardiovascular issues, like heart attacks.

The other side of the equation, theobromine. It's the principal alkaloid found in cacao beans, and is named after the cacao plant's scientific name. It's toxic to all canids and for a rule of thumb, most domestic animals. Another rule of thumb is that the darker the chocolate, the more theobromine it contains.

The compound is actually toxic to humans, too, but we metabolize it much more efficiently, and so it has less time to accumulate.

You'd find around 60 milligrams of this stuff per 28 grams (1 Oz) of milk chocolate, and around three to four times as much in dark or bakers chocolate. For the average-weight human, it would take anywhere from 0.8 to 1.5 grams for toxicity to become a problem, which would be accompanied by sweating, trembling and a very bad headache. (And a higher risk of a heart attack.)

In accordance with veterinary guidelines, 1.3 grams of dark chocolate per kilogram of a dog's body weight is sufficient to be toxic. Assuming the average human weight of about 77 kilograms, and adjusting the BMI index to account for keidran being digigrade (walking on their toes) and thus being slightly taller, we can guess the average, healthy weight of a keidran to be in the ballpark of 80 or so kilograms. Which just so happens to be the approximate weight of our guy up top!

Knowing this, we can guess that it would take around 104 grams of bakers cacao to be toxic. Some simple math tells us that this is around 130 milligrams of theobromine. Being optimistic about some human traits of metabolism get carried over, we can make an educated guess that we need to have less than a fifth of this dose, or 26 milligrams or less, of theobromine per acceptable serving (how much a keidran could reasonably eat in one sitting) to be considered safe.

Knowing all of this, can we artificially create or genetically engineer cacao or a very accurate substitute to be safe for keidran consumption?

By artificially, I refer to extracting the theobromine from cacao without significantly changing its flavor, texture, etc and being economical to do. (Not needing to use billion-dollar molecular printers to manufacture it molecule by molecule.)

Would doing this be impossible? Will Jayden ever get his wish of hot chocolate as a reward for getting home? (Joke questions.)

chocolate is toxic to dogs, and by extension, dog-people

You've genetically engineered your furries using human technology which is clearly very sophisticated and capable. The tools are obviously there to modify caffeine and theobromine metabolism... why bother tampering with the chocolate, when you can just do a bit more engineering on the consumers of the chocolate?

As an alternative though, consider just... not doing anything? There's been various amounts of work done on theobromine poisoning, and whilst humans are somewhere between 50% to 300% more resistant to its toxic effects than dogs, they're far from immune. If a small child ate a bar of high-quality dark chocolate they'd be in a pretty bad way, too. Your dogpeeps though... they're approximately human size and mass in a way that regular dogs just... aren't. An 80kg dog could ingest nearly 1.3g of theobromine without ill effect. That's maybe 180g of dark chocolate, or nearly 600g of milk chocolate. The half-life of theobromine in dogs is >50% longer than in humans, so you might not be able to eat half a kilo of milk chocolate every day in perpetuity... but, y'know, just consume it in moderation. Humans have shown some ability to limit intake of dangerous but enjoyable substances below the lethal level, so it seems reasonable that your creations could too.

Will Jayden ever get his wish of hot chocolate as a reward for getting home?

The amount of theobromine in hot chocolate is likely to be even lower than in milk chocolate. He could have at least a pint of the stuff and not suffer from chocolate toxicity.

Note though that theobromine and caffeine aren't the only problems here... not all dogs have lactase persistence! Lactose tolerance is common in domesticated european dogs, but depending on where your engineers have been sourcing their genes, your chimeras could easily find themselves unable to digest lactose. So no hot chocolate.

(of course, you could engineer that out too, see first paragraph)

I just read your first linked question, and it seems that you are proposing the creation of some kind of genetically modified "chimeric" creature. Basically a hominid-canid combination. Presumably the combination involves internal (organ system) changes as well as external modifications (cute furry tails and ears).

The problem canids have is that they can't process some common chemicals that human hominids can, such as theobromine and caffeine. Every pet owner knows not to give chocolate to dogs. They will suffer a wide variety of uncomfortable symptoms.

I'd argue that, since you are already positing an extremely robust suite of sciences and technologies to create Keidrans (or modify humans to become Keidrans), then you already have the means to make (or keep) them theobromine happy.

If it's not already known to your science, it would be a matter of discovering the relevant human gene and ensuring that the process included transferring that to the Keidran.

Reference: Jamie Rodriguez over on Quora mentions the following:

As to why this happens, we don't know; but some point to a variant in the cytochrome P450 enzyme gene called 1A2 (not the most creative name, let me tell you) that is more efficient at metabolizing methylxanthines (like caffeine or theobromine) than other variants found in other animals. 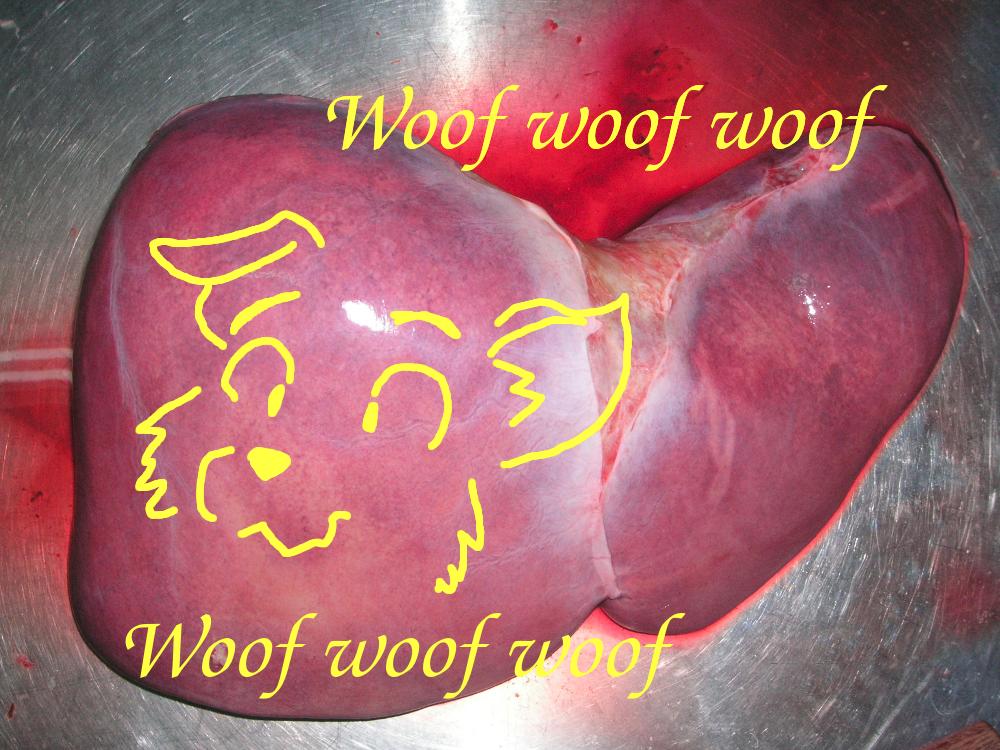 People eat chocolate all the time and do not get poisoned. Their liver breaks down the theobromine:

In the liver, theobromine is metabolized into xanthine and subsequently into methyluric acid. Important enzymes include CYP1A2 and CYP2E1.The elimination half life of theobromine is between 6 to 8 hours.

Your dog people have people livers and not dog livers. They can digest chocolate no problemo.

Maybe the dogmans have hybrid people livers and dog livers. For breakfast they can eat chocolate without dying. For dinner they have langerloads of pork fat without cholesterol poisoning.

Fox person does get toxic.

In the best way. Yes, sweating, trembling. Heart pounding. Nose so clear; smelling everything. A little drooly. Thoughts racing! So many ideas! That sweet sweet toxicity.

Keidran 1: I never knew chocoloate could be so... good!

Keidran 2: Because when you were human you always stopped before you got enough.

Keidran 2: OK you really have had enough.

If you are worried readers will think this, you can pre-empt it by calling it out in-universe (similar to "lampshade hanging").

After the dog person eats chocolate, maybe a few pages later, a human character goes "oh my god! you ate chocolate! are you all right?"; the dog-person is totally confused; the human says chocolate is toxic to dogs and the dog-person says they have the human gene for digesting chocolate. Then you move on, and 0% of your readers are left wondering whether it's a mistake that dog-people can digest chocolate.

We already make decaffeinated coffee and tea, alcohol free wine and beer, lactose free milk and so on.

So it is totally plausible that, with the right driver, chemists will find a way to make detheobrominated chocolate.

Usually this driver is under the form of an economic incentive (decaf and all I mentioned above sells, so there is a market to exploit), or a simple stumble of luck (if you ever heard how penicillin was discovered, you know what I mean).

This then begs the question why it has not yet happened...

Although Jayden might still loathe the fact that the synthetic chocolate he now has to consume doesn't taste quite like the original. Advertising might say that 9 out of 10 Keidran can't tell the difference. But knowing it's not the real deal might still bother him.

I haven't yet seen mention of carob, which can have a flavor similar to that of chocolate but contains no caffeine or theobromine.

15
How fast can you radically change society without violence? (And when has it happened?)
6
What would a laser-powered interstellar cargo ship look like?
2
What would the technical problems be of mass genetic editing? Keidran Animal-Human Hybrids
2
How to store and release vast amounts of electricity for industrial processes?

6
Magic Ship Armor Causing Fog
3
Can it run on water?
10
How could chocolate bunnies evolve?
9
How to design a hyper-coffee plant
3
Hand mouths evolution
6
Lizardmen, gigantothermy, and the energy demand of resting muscles. Could it work out?
2
Non-human diet and toxic substances?
2
How big should a living life-support machine be?
8
How I Learned to Stop Worrying and Love the Limpet-Style Metal Superbones
4
My creature's cells mix water and some of the stuff in pee to cool themselves. How does it get that stuff to its cells?