Alternatives to bone that can be turned into weapons?

In my world (based on D&D) orcs are a pre-metalworking society that clash with various agricultural humanoid civilizations. However, I would also like them to have metal weapons so they are a plausible threat to metallurgic civilizations, and I don't think that 'theft' is a good explanation.

Then, I realized I might be able to solve this problem in a way that ties in to other pre-established traits (high mortality rates, orc resistance to injury). What if the structural component of their bones isn't carbonated hydroxyapatite, but something different? I read a post which suggested that the issues of bone are that it doesn't hold an edge and tends to fracture easily: are there alternative molecules that don't have this problem?

Basically: is there a mineral that could plausibly be produced by biological processes, that'd serve as a structural component for bones, and that orcs could turn into workable spear tips and axe blades after extracting it from the fallen?

It has been already done by humans: allow me to introduce you the leiomano 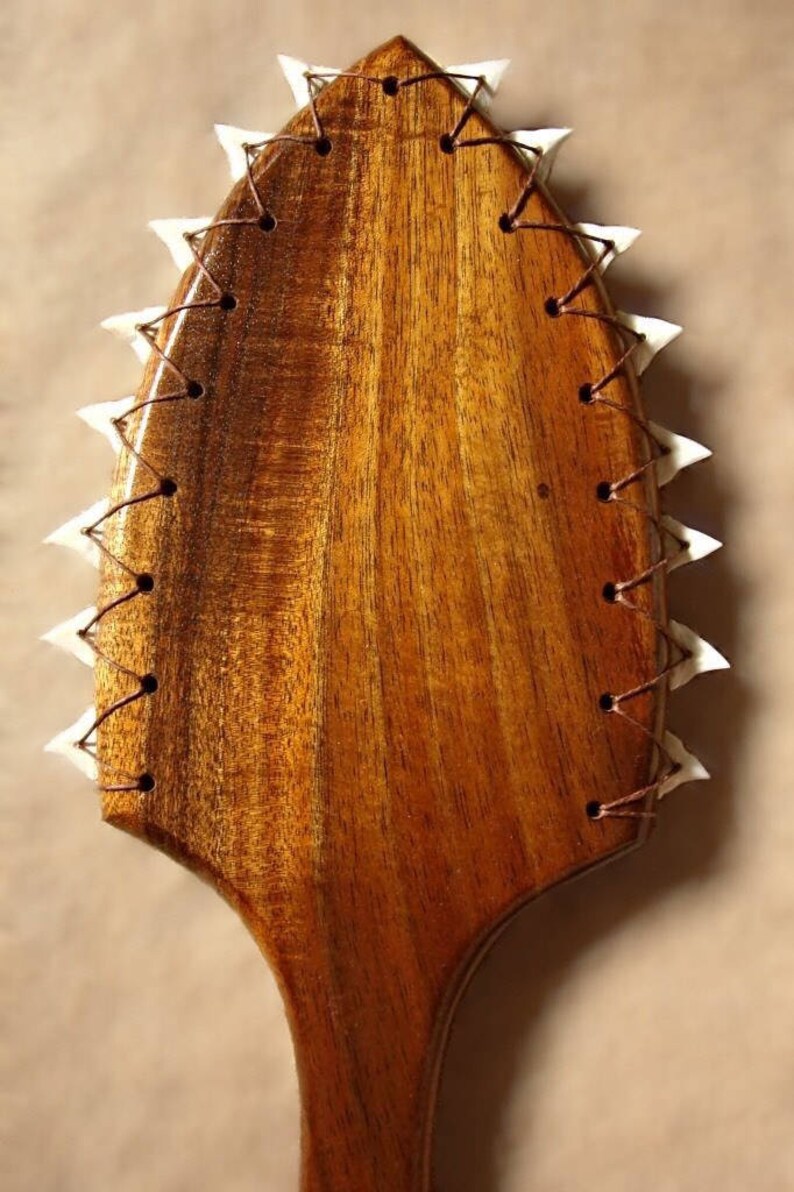 The leiomano is a shark-toothed club used by various Polynesian cultures, but mostly by the native Hawaiians.

Leiomano is a word in the Hawaiian language and may have been derived from lei o manō, which means "a shark's lei."

The weapon resembles a thick ping-pong paddle inset with shark teeth. The tiger shark is the preferred source. These teeth are placed into grooves in the club and sewn into place. The tip of the handle also may utilize a marlin bill as a dagger. The weapon functions as a bladed club similar to the obsidian-studded macuahuitl of the pre-Columbian Mesoamerican cultures.

A fecalith is a stone made of feces. It is a hardening of feces into lumps of varying size and may occur anywhere in the intestinal tract but is typically found in the colon... It can possibly form secondary to fecal impaction. A fecaloma is a more severe form of fecal impaction, and a hardened fecaloma may be considered to be a giant fecalith. The term is from Greek líthos=stone

Fecaliths are extracted from the fallen. These stony masses are then crafted and polished by fecalithsmiths into deadly weapons. Among your people, it is typical for warriors to eat colored material and glitter so that they produce formidable fecaliths, in hopes that their spirits will endure after their own deaths, inhabiting the weapons they birthed. Or would have birthed eventually (and painfully (but they endure the pain being warriors)) if they had not fallen. A sort of warriorly post-mortem Caesarian birth; yes. 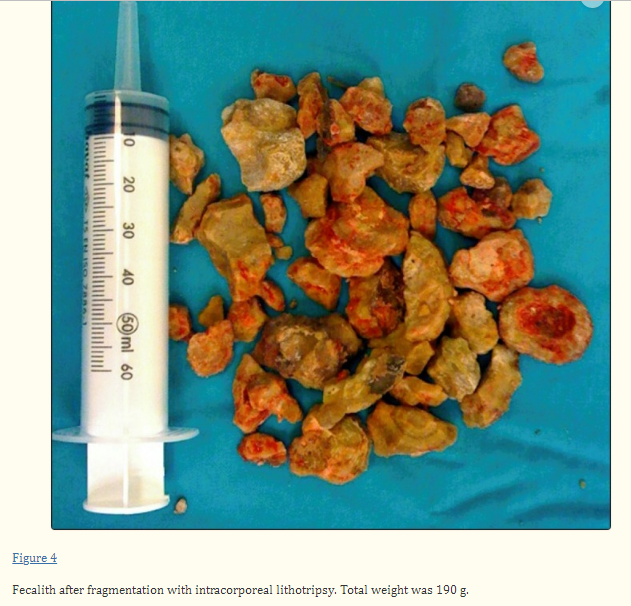 2
Dense Bone Weapons
2
Can I engineer a lighter bone structure?
5
Can Mollusks Develop Bone Independently?
5
Can silver affect blood or bone color?
6
ETCs, macron accelerators, and plasma cannons! Viable alternatives to the same old space weapons?
5
Biological process that turns iron oxide into atomic iron
6
A creature that turns all water near it into slime
1
Slashing/cutting weapons that do not get stuck in meat/bone