Tides on a tidally locked planet

Picture the classic Earth-like tidally locked planet, with a frozen dark side, a boiling stormy light side, and a thin strip of habitable land along the terminator. The planet is similar in size and composition to Earth.

The year of the planet lasts around 10 Earth days, and it experiences a certain amount of libration (just as our Moon does), resulting in somewhat of a “day-night cycle” (the sun just goes up and down a few degrees over the horizon).

If this planet had a moon, I assume it would be also tidally locked to the star, which means no lunar tides. So what about solar tides? Well, I guess the “bulge” would always be facing to the sun, so the habitable coasts of the planet would be always in low tide, without fluctuation.

So, how can I have high and low tides on my planet?

Edit: the question isn’t about whether a tidally locked planet could or could not have a moon, but how —by what means— could the planet experience tides. By having a moon orbiting it is a valid answer, I guess, but I’m sure there are many other forms to have tides.

(And by tides I really mean periodical and predictable rising and lowering of the waters of the planet. Tidal forces seem the more plausible reason to me, but it could be periodical thaw of the glaciers, drastic evaporation, something to do with the Coriolis effect maybe?... I don’t know.)

Elliptical orbit around the sun.

Your planet is Earth sized. And fairly well whipping around its sun if a year is 10 earth days. From OP:

The planet is similar in size and composition to Earth.

The year of the planet lasts around 10 Earth days,

I take it that the planet is close to the star. That would go with it being tidally locked as well.

Let us say your planet is not always the same distance from its sun. It has an elliptical orbit. 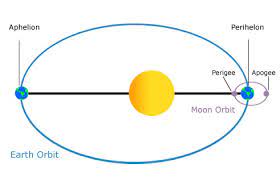 The tide generating force varies by the cube of distance.

The orbit does not need to be dramatically elliptical because the effect of distance is cubed and your planet is already very close as planets go. In a 10 day year there will thus be a high tide on the near approach and low tide when the planet is at maximum distance.

How exactly tides manifest when one side of the world is frozen is a matter to take up in your story. It will be interesting!