How much would a 3 foot tall person weigh [closed]

I'm trying to worldbuild and one of my creatures is a 3 foot tall humanoid and I have no idea what they should weigh.

Does anyone know how much they would weigh or a math equation I could use to figure it out?

Assuming the same proportions as a "normal" human (bad assumption, see below), weight is proportional to volume, hence to the cube of height -- that is, a creature with double the linear dimension (height) would weigh 2^3 = 8 times as much, so your three foot dwarf would weigh about one eighth what a six foot human would.

However, notice the size of a mouse's legs relative to its body, vs. the size of an elephant's. Strength of limbs scales only as the square of height (it's based on cross sectional area rather than volume), so the larger the creature, the relatively thicker its limbs need to be in comparison to its height.

There are three ways a race evolved (or created) to be half as tall might deal with this: they might weigh more, by carrying additional muscle, making them stronger relative to their size and weight than the prototypical 6 foot human (or by running strongly to fat, perhaps as a store against famine or hibernation); they might have skinnier legs (and likely arms) relative to their height, breaking their proportions and making them more similar to a monkey or small ape in terms of body appearance; or (if created rather than evolved) they might maintain human proportions and simply have stronger legs relative to the rest of their body (the difference likely wouldn't make them incredible jumpers, but they might do well at power lifting). 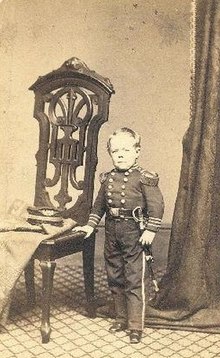 I was a little skeptical of the 25 pounds for Commodore Nutt. But Google gave me this

from The Normal Higher Arithmetic an 1877 math textbook. Dang, Google!

So there is a fair range of weights for humans around your desired height.

Suppose they are similar to humans living in an earth-like environment.

11
Pack animals for forests
3
How heavy would a Naga be?
3
How big would a giant pig need to be in order to carry a 10-foot tall humanoid on its back?
3
What sort of legs would a 1-ton pig neeed to support its body weight and move in short bursts of speed?
7
How much would a 3" human male weigh?
8
How would thermophilic fish survive?
4
Could penguins evolve to have fingers?
6
How much would a race of 9' (2.75m) tall humanoids weigh?
3
Would tall arboreal humanoids make good swimmers?
5
How would a human organization get 20-foot tall fire-breathing, winged, sentient and intelligent lizards to comply with experimental procedures?